The Old Court Radio Theatre Company and @SHSLBakerStweet Bring You...

"I heard the sound of voices from above." [REDH] 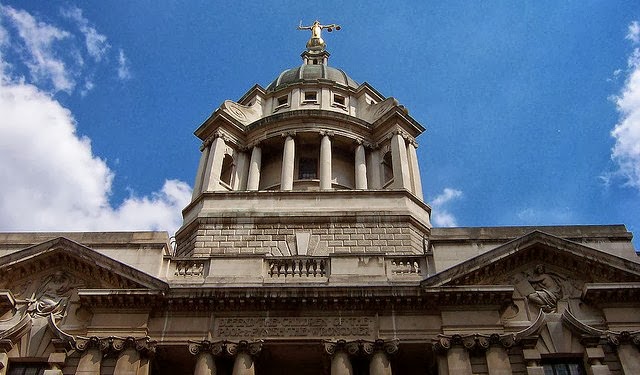 Gordon Dymowski wrote about Big Finish and their adaptation of "The Final Problem" and "The Empty House." I Hear of Sherlock Everywhere interviewed David Ian Davies and his recording of the entire Canon for One Voice Recordings. I would like to give a shout out to the program I listen to while waiting for the newest episode of IHOSE: The Old Court Radio Theatre Company and their dramatizations of the famous Baker Street duo.

There are currently fifteen shows: ten of the Canon, two of the Apocryphal stories, “The Lost Special” and “The Man with the Watches” rewritten to feature Holmes and Watson, Gillette’s “Sherlock Holmes or the Strange Case of Alice Faulkner”, and two good pastiches,"The Long Man" by Rafe McGregor and "The Long Man" by Roger Johnson.

Directed by the Sherlock Holmes Society of London’s Roger Johnson, produced by Denis Rookard for Hosiprog Productions until his death in March 2010 (when Johnson took over those duties), with scripts by M.J. Elliott, the shows capture the feel of old time radio. Jim Crozier and Dave Hawkes are excellent as Holmes and Watson. Crozier is the cold, precise reasoner of Baker Street, sometimes imperious but always humane (as with his interaction with Helen Stoner in “The Speckled Band”). Hawkes’ Watson is intelligent, loyal and, yes, put-upon. However, his exasperation with Holmes is never over the top; the actors convey the real friendship of the pair.

The scripts are adaptations of the stories; radio plays not transcriptions. They show a deep knowledge of the Canon and Canonical problems. In “The Gloria Scott” as Holmes begins his narration of the case, Watson interrupts twice to ask which his college was, and Holmes pointedly ignores him. In “Wisteria Lodge”, Watson begins, “I find it recorded in my notebooks that it was a bleak and windy day towards the end of March in the year 1892…1892? That can’t be right surely. Hmm. (Sigh) Ah, well…” That very briefest of sighs of a man who knows something is wrong somewhere, but doesn't know what it is, and regardless is not going to let it break the flow of his narrative, is pure Watson. The shows are full of these touches that play the game and enhance the enjoyment of the stories. never slow their pace.

We have many choices in the 21st century to sate our need for Sherlock Holmes: newly created radio programs and classics from the 1930’s and ‘40’s; podcasts and webcasts; TV shows and movies available for electronic devices we can carry anywhere. The Digital Age has brought us closer to that age “where it is always 1895”. Enjoy.

Editor's note: James O'Leary is a member of the Speckled Band of Boston, the John H. Watson Society and a huge fan of the I Hear of Sherlock Everywhere podcast.