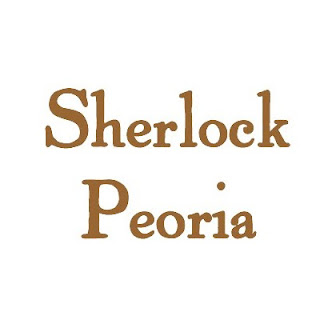 While our show normally allows us to inform our listeners about the Sherlockian world (and occasionally share gossipy tidbits and commentary), it is always a joy when we have the opportunity to welcome a guest to interview.

This occasion was no exception, as we were fortunate enough to be joined by Brad Keefauver, BSI ("Winwood Reade") from Sherlock Peoria. Brad fashions himself as more of a writer, but he certainly held his own on our program, as he discussed his first meeting with Sherlock Holmes, noting that it was far from typical. It was theatrical in nature, but you'll have to listen to hear the exact work that captured Brad's attention. We were then off and running into the sci-fi world of Isaac Asimov, Robert Heinlein and others, with Brad openly admitting his Trekkie origins (not that there's anything wrong with that). 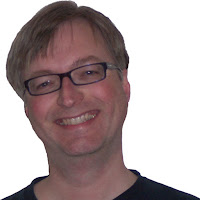 A class trip to Chicago brought him in touch with Beyond Baker Street and helped him realize that there was a world beyond the pastiches and films that he was most familiar with. Noted Irregular hermit Bob Burr ("The Rascally Lascar") was an mentor of sorts, and it was his editing and clockwork-like work ethic that led to some of Brad's early written contributions, such as The Elementary Methods of Sherlock Holmes and The Armchair Baskerville Tour. Other giants like John Bennett Shaw, BSI ("The Hans Sloane of My Age") and his legendary symposiums in the 1980s also led Brad to Irregular life. There is so much more that we could say about Brad, as he is a veritable Sherlockian onion. We'll let the show speak for itself.

The show also covers a number of relevant news items and places for your attention; you'll find them all in the links section below. As always, we closed with a reading of the Editor's Gas-Lamp, this time selecting "One Advocating Sherlock Holmes" from the March 1987 issue (Vol. 37, No. 1). While the topic and some of the pronouncements may be controversial, we like to think that we found some common ground in it.