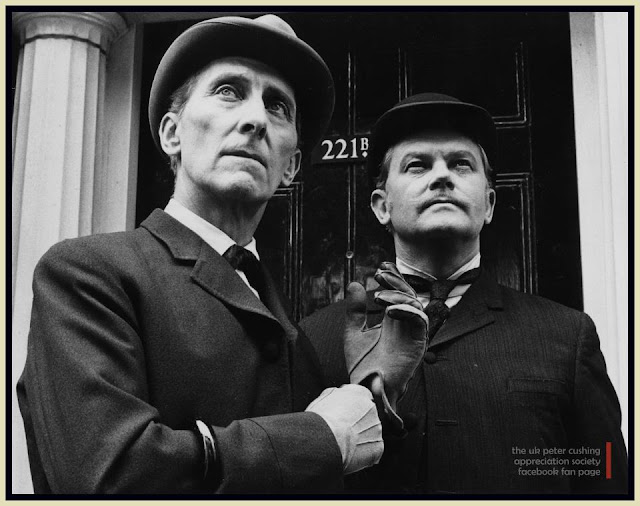 For those of you who remember the 1960s, you may recall a television series produced by the BBC that starred Douglas Wilmer, BSI ("The Lyceum Theatre") and then Peter Cushing, each with Nigel Stock as their Watson.

Unfortunately, only five episodes remain for us, as the BBC eliminated the originals some years ago. However, there seems to be a silver lining. A few years ago, these were made available on video. Now it seems that they're available on DVD. You can order your set from Amazon right now and save 25%.

The episodes you'll find on this 3-DVD set include:

The DVD is due to be released on December 15. Hopefully they'll expedite shipping in time for Christmas. Other Sherlock Holmes DVDs can be found there as well.

Hat-tip: Charles Prepolec, of Sherlock Holmes News - another blog worthy of checking out (and incidentally listed in the "This Is a Case for Langdale Pike" section of the Resources section of this site).