The Year 2009 Was an Eventful One for the BSI 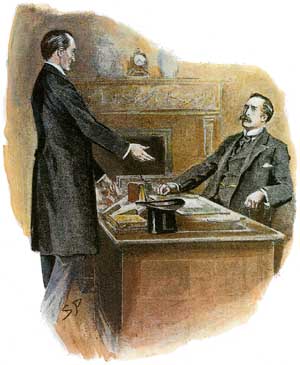 It's hard to believe that it's been nearly a year since the last Baker Street Irregulars Weekend. An 2009 has been quite a year, for those not following along. From "Wiggins" annual letter:

"The BSI Weekend was followed in early May by "Arthur Conan Doyle: A Sesquicentennial Assessment", a conference at Harvard University honoring ACD's 150th birthday and an exhibition "Ever Westward" at Harvard's Houghton Library which displayed unique items pertaining to Doyle, the BSI and the Speckled Band scion society whose own archives have resided at the Houghton for many decades. The occasion was also a celebration of The Baker Street Irregulars' Archives and the exhibition displayed rare BSI material never before seen by most of the participants. Springtime in Cambridge was a memorable venue and the participants enjoyed superior speakers and a highly entertaining wrap-up banquet with a lively musical program consisting of early 20th-century Sherlockian sheet music loaned by Dan Posnansky, organized by the Al and Julie Rosenblatt with Henry Boote, the BSI's Musical Director, and performed by Henry, Betsy Rosenblatt, Jim Saunders and Scott Monty.

"On September 25th a symposium, "The Remarkable Characters of Sir Arthur Conan Doyle", was held and filled to capacity, with attendees from coast to coast, at Indiana University's Lilly Library. The symposium was jointly sponsored by the Friends of the Lilly Library and The Illustrious Clients of Indianapolis. This was an event focused on Sherlock Holmes and other major and minor characters in the Doyle Canon to make the case that ACD's characters compared very favorably to those of his more acclaimed contemporaries. Paired with the conference was a fine exhibition of material from the Lilly's Sherlockian and Doylean collections, including the manuscript of The Red Circle and The Final Problem fragment. The speakers were outstanding and scholarly, and impressed our Lilly hosts and other academicians in attendance.

"The last major event in the U. S. in this anniversary year was the running of the Silver Blaze in Chicago on October 31st to celebrate the BSI's 75th anniversary year and the 50th running of the Chicago Silver Blaze. The race day was followed by the traditional BSI brunch and program the next day. 2009 has been quite a celebratory year to savor.... enjoy it while it lasts!"

When you add to that the new movie that debuts later this year, it may well signify a resurgence in our little hobby.

But, with the annual letter from our leader comes the announcement of the BSI Weekend festivities which occur in New York in January of each year. If you've never attended, it's the highlight of the year for many Sherlock Holmes enthusiasts - an opportunity for about 300 of us to gather in one place, rekindle old friendships, create new ones, and celebrate our common interest.

As with the past few years, you'll be able to find all of the information relevant to the BSI Weekend available at http://www.bsiweekend.com, from maps to a reservation form, to details on every single event.

We hope to be able to see you there!