The Case of Sherlockian Links


"The irregulars are useful sometimes" [RETI] 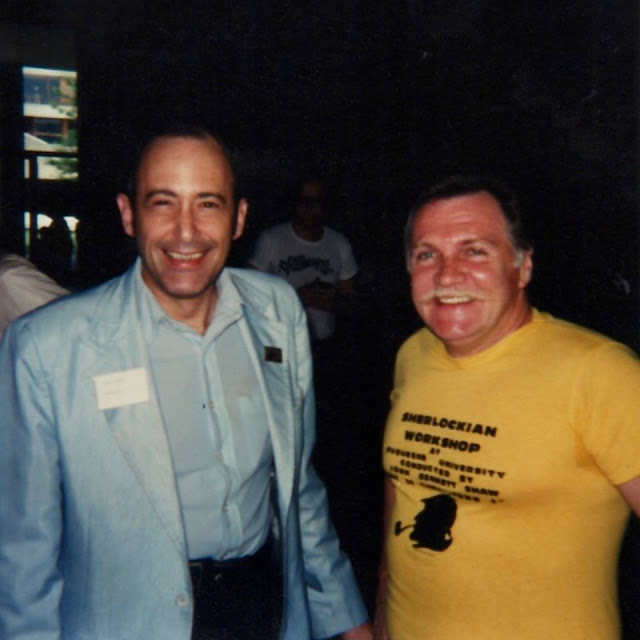 Peter Blau always has his finger on the pulse of what's happening in the Sherlockian world. Indeed, it has been said that "If Peter doesn't know about it, it isn't happening." With the proliferation of online content thanks to self-service blogs, social networks and the like, it's easier than ever for the multitude to create their own homage to the Great Detective. Of course, it's also more difficult to track.

Indeed, Holmes himself realized the folly of trying to track the steam launch Aurora when we was on the trail of Jonathan Small and Tonga in The Sign of Four


"My dear fellow, it would be a colossal task. She may have touched at any wharf on either side of the stream between here and Greenwich. Below the bridge there is a perfect labyrinth of landing-places for miles. It would take you days and days to exhaust them if you set about it alone."

As in A Study in Scarlet

, his solution was to employ the "Baker Street division of the detective police force" - the irregulars:

"There's more work to be got out of one of those little beggars than out of a dozen of the force," Holmes remarked. "The mere sight of an official-looking person seals men's lips. These youngsters, however, go everywhere, and hear everything. They are as sharp as needles, too; all they want is organization."

Peter's role within the Baker Street Irregulars is as its secretary, but as part of his own initiatives, he publishes the monthly Scuttlebutt from the Spermaceti Press, which contains all the information, gossip and current events that he finds interesting. [Side note: in the past, we've included a summary of links that he produces in his newsletter (I haven't quite had the time of late).] It's worth at least following online, if not subscribing to via mail.