"This is really most grati—most interesting." [NORW] 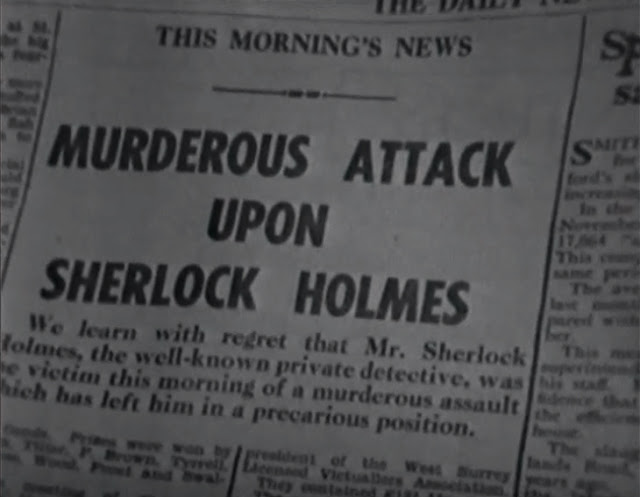 The New Year not only brings us into the 'Twenties, but brings welcome news from the world of Sherlock Holmes as well.

While the copyrights on the original stories is undisputed, longtime followers of I Hear of Sherlock Everywhere may recall the highly pitched legal battle over copyright of the characters from 2013 and 2014.

A Brief History of #FreeSherlock

It began in early 2013 when Leslie S. Klinger, BSI ("The Abbey Grange") sued the Conan Doyle Estate Ltd. for use of characters from the Sherlock Holmes canon. The CDE argued that the characters were not fully formed until all of the stories were completed.

This bizarre legal theory would have created a special copyright term for characters, who could remain copyrighted long after the stories in which they appear enter the public domain, as long as their owners keep tweaking them in subsequent books. Not surprisingly, the court rejected this argument, finding that


“It is a bedrock principle of copyright that once work enters the public domain it cannot be appropriated as private (intellectual) property, and even the most creative of legal theories cannot trump this tenet.”

In a special episode of I Hear of Sherlock Everywhere, we talked with intellectual property law professor Betsy Rosenblatt, BSI ("Lucy Ferrier") and Les about the implications for literary and entertainment characters:


Then in June 2014, the 7th Circuit Court of Appeals, with an opinion written by Judge Richard Posner, rejected the appeal by the Conan Doyle Estate Ltd., rebuking it as a "quixotic" attempt to seek "perpetual, or nearly perpetual copyright protection" of the Sherlock Holmes character.

The CDE filed an emergency stay with the Supreme Court of the United States in July and SCOTUS promptly denied it. Then in August, the 7th Circuit ordered the Conan Doyle Estate to give up its "extortion" and develop a new business model.

The saga reached its conclusion in November 2014 when SCOTUS officially rejected the dispute.

And here we are.

The stories continue to roll into public domain, and the characters remain so.