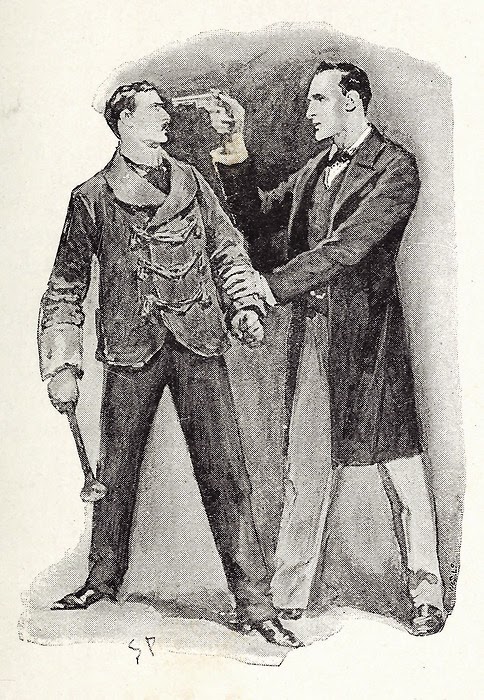 For those who have been following the #FreeSherlock saga (click for our previous coverage), you'll know that the United States Court of Appeals for the Seventh Circuit heard arguments in June regarding the appropriate copyright of the Sherlock Holmes stories.

The plaintiff, Leslie Klinger, BSI, had sued for declaratory judgment on the Sherlock Holmes stories, looking for the first 50 to be declared clearly in the public domain, while the Conan Doyle Estate, Ltd., the business entity representing the financial interests of the relatives of Conan Doyle, indicated that Sherlock Holmes as a character was not fully formed until the last story had been written.

The 7th Circuit, under Judge Richard Posner, issued a judgement in June (well worth reading; also available here), less than a week following the oral arguments, indicating that the first 50 stories were indeed in the public domain in the United States, and that any character elements that an author might wish to use in new stories would require the permission of the CDE. But stories incorporating elements prior to those stories being written were fair game.

In that June decision, Posner pulled on examples ranging from Henry IV Part 1 and Part 2, Henry V and The Merry Wives of Windsor to the Star Wars saga to delineate the features of "flat" and "round" characters and the timing of their character development. Judge Posner said that "perpetual, or nearly perpetual copyright looms once "one realizes that the Doyle estate is seeking 135 years (1887–2022) of copyright protection for the character of Sherlock Holmes." He further indicated that later "alterations do not revive the expired copyrights on the original characters."

That brings us to the decision this week (also available as an embedded document below), in which the court considered a request from Klinger to reimburse him the nearly $31,000 in legal fees that he incurred in the appeal. Not included in this request was an additional $39,000 in district court fees.

The court decided unanimously in favor of Klinger, awarding him the full amount. Saying that "the defendant's only defense bordered on the frivolous," it was clear that the strength of the case was with the plaintiff and that the fees were not unreasonable.

And then Posner went one further by deriding the Conan Doyle Estate, Ltd. business strategy as one that induced publishers succumb to the pressure to pay a fee or face high legal fees if they didn't.


The Doyle estate’s business strategy is plain: charge a modest license fee for which there is no legal basis, in the hope that the "rational" writer or publisher asked for the fee will pay it rather than incur a greater cost, in legal expenses, in challenging the legality of the demand. The strategy had worked with Random House; Pegasus was ready to knuckle under; only Klinger (so far as we know) resisted. In effect he was a private attorney general, combating a disreputable business practice—a form of extortion—and he is seeking by the present motion not to obtain a reward but merely to avoid a loss.

In case you think "extortion" is a bit of a stretch, here's an excerpt from the letter that CDE sent to Pegasus Books:


If you proceed instead to bring out Study in Sherlock II [the original title of In the Company of Sherlock Holmes] unlicensed, do not expect to see it offered for sale by Amazon, Barnes & Noble, and similar retailers. We work with those compan[ies] routinely to weed out unlicensed uses of Sherlock Holmes from their offerings, and will not hesitate to do so with your book as well.

Beyond the extortionate element of the decision, the court also noted that the CDE, in enlisting the support of Amazon et al. in a boycott, was violating anti-trust laws.

Perhaps the CDE will take the court's final recommendation to heart:


It’s time the estate, in its own self-interest, changed its business model.


A Man for All Seasons

But perhaps the most notable and noble accolade in the decision are about Leslie Klinger himself. The court notes that Klinger "has performed a public service...with substantial risk to himself" and yet has simply asked to recoup only his costs, while he "deserves to be rewarded" for "exposing the estate's unlawful business practices."


You can read the entire decision below.