Sherlock Holmes in LEGO: The Strange Case of the Interlocking Blocks 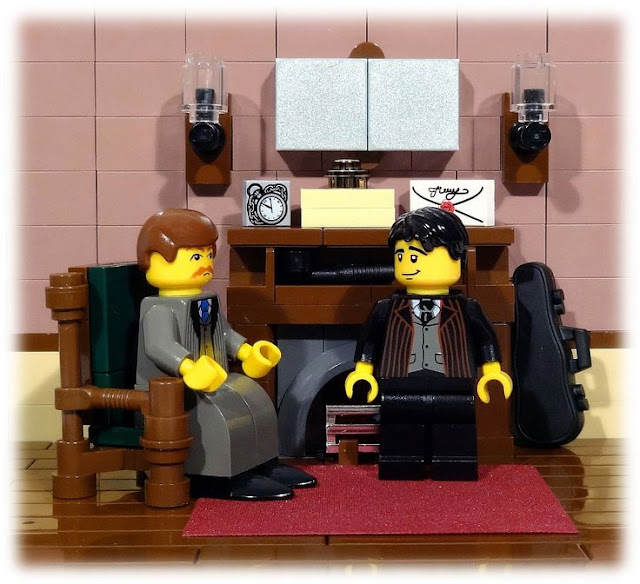 I suppose my association with LEGO blocks goes back just a bit farther than my interest in Sherlock Holmes. LEGOs were an essential part of my childhood, an opportunity to build all kinds of creations, in a variety of colors.

Now that I am a father, the hard plastic blocks, with their sharp corners, have become a potential hazard in my children's bedroom, if I have the misfortune to enter the room in bare feet. (I'm sure a few readers have experienced this unique pain.)

Whereas the LEGO sets of my childhood were fairly generic in their themes (castle, rescue vehicles, spaceship), LEGO began to release licensed sets in 1999, when they released their first "Star Wars" themed set.

Since then, LEGOs have been a sort of barometer of pop culture sensations: Harry Potter, Indiana Jones, and a plethora of superheroes have been well represented over the past couple of decades. LEGO movies and TV series have continued to interact with popular entertainment. But one famous figure from literature, film and television has never been officially represented: the great detective, Sherlock Holmes!

Holmes hasn't been completely absent from the LEGO universe. Back in 2011, one of the characters released as part of "Minifigures Series 5" was simply named "Detective." (Link goes to Amazon.) The Detective minifigure's features will be instantly familiar to Sherlockians, or indeed, to most people who have seen the iconic Sherlock Holmes look: deerstalker cap, Inverness cape, and magnifying glass. 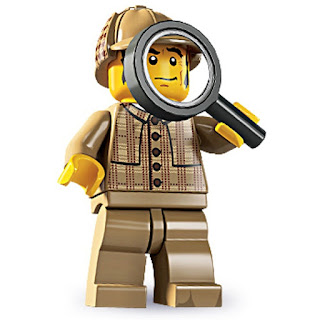 The Detective character also appears (as a minor character) in a 2013 video game entitled LEGO City Undercover, under the name "Doorlock Homes." Clearly, LEGO has flirted with the idea of Sherlock Holmes being part of the LEGO Universe. Still, official Sherlock Holmes LEGO sets are conspicuous by their absence in the "pantheon."


As reported earlier on I Hear of Sherlock Everywhere, LEGO fans still tend to push for the Great Detective's official inclusion in the world of LEGO-dom. A search for "Sherlock Holmes" at the LEGO Ideas website will yield a host of different concepts for Holmes-themed sets, whether it be a traditional representation of the flat at 221B, or the characters of the BBC's highly successful Sherlock. As fellow contributor Margaret M. McMahon reported back in 2015, author James Macaluso has published several of the canonical Holmes stories in LEGO format, all of which are available on Amazon. (Macaluso has also published two different "Sherlock Holmes Alphabets," also done in LEGO.) 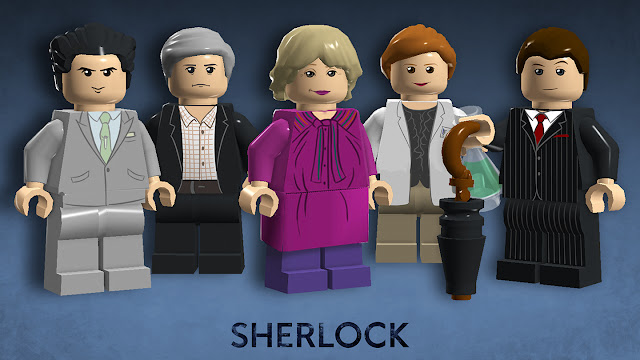 Over at the LEGO Fanonpedia website (a LEGO fan site), at least one LEGO enthusiast has shared ideas that range from a LEGO-themed video game based on the Guy Ritchie Sherlock Holmes films to a LEGO Sherlock Holmes Advent Calendar!

And on YouTube, a creative animator has reproduced the final scene from the cliffhanger Sherlock episode at the end of series 2, "The Reichenbach Fall," combining the audio from the episode with LEGO representations of the characters:

Perhaps one of the issues that gets in the way of an official Sherlock Holmes LEGO set is the sheer number of different representations of the great detective over the course of film and TV history. Which version of Holmes would be the most successful LEGO form? The Guy Ritchie version, the Sherlock version, the Elementary version, or the classic version with the deerstalker, who has already shown up, albeit anonymously?

One thing seems certain: fans of the Sherlock Holmes mythos and LEGO blocks will continue to express their creativity and their love for the great detective in a variety of ways.

Maybe one day, the good folks at LEGO will bring one of these ideas to life as an official set (or sets), thereby enabling a new generation to discover Holmes for themselves.

Some links may be Amazon affiliate links. We earn a small commission when you buy.