A Requiem for Sherlock Holmes 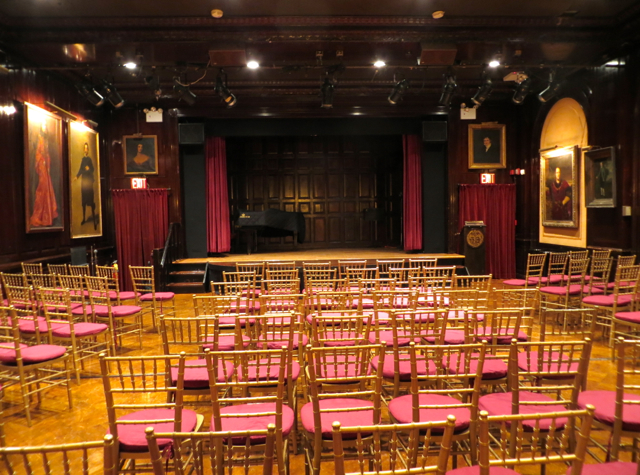 If you happen to be in New York City on the evening of January 6, 2016, there's a unique opportunity attend a reading of a Sherlock Holmes play.

"A Requiem for Sherlock Holmes" is a new play by Greg Oliver Bodine that will be read at The Players on Sherlock Holmes's birthday. If The Players sounds familiar, that's because it is one of New York's oldest and most unique clubs — one that has been the setting for BSI dinners and the Baker Street Babes' charity balls during the BSI Weekend.

The Players is a private social club founded in 1888 when Edwin Booth, the greatest American actor of his time, purchased a Gothic Revival-style mansion facing Gramercy Park and commissioned architect Stanford White to transform it into a certain club "for the promotion of social intercourse between the representative members of the dramatic profession and the kindred professions of literature, painting, sculpture and music, and the patrons of the arts." Members have included Fritz Weaver (Sherlock Holmes in the musical Baker Street) as well as Frederic Dorr Steele.
This makes it the perfect place for a reading of a play about Sherlock Holmes, set in the very era in which the club was founded. We hope you'll be able to attend this special performance.

A special ensemble reading of

A REQUIEM FOR SHERLOCK HOLMES

PLEASE NOTE: All non-members of the club MUST sign in at the front desk. Food, beer, wine, liquor and non-alcoholic beverages are available for purchase by CREDIT CARD ONLY. That said, please also bring CASH and TIP your servers and bartender generously!