The Abominable Bride — We're Not in Baker Street Any More

"the actor in some strange drama" [YELL] 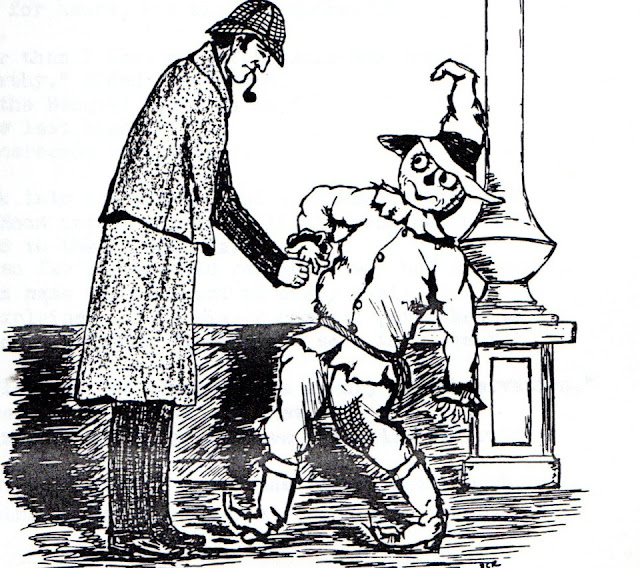 We had been promised a period piece, with Holmes and Watson in the time and place of the Canon. When I saw the photos released from the effort, the program looked like a gift. But the scenes tying into the current times made it feel like the unwrapping of a long-awaited gift that turns out to be not quite the size, color or quality for which we had hoped.

I certainly appreciate aspects of the series. Sherlock Holmes and Dr. Watson have been updated successfully to modern times, and the inclusion of so many details of the Canon are thoughtful. Their companionship and partnership have been well represented. Martin Freeman's portrayal of Dr. John Watson as a war veteran and man of action has been amazing. Benedict Cumberbatch has given a sophisticated and thoughtful portrayal of the internal Sherlock Holmes, and is able to exude the charm that we know from the Canon was able to put women at their ease. The other performers in the series have added a depth that was not always in present in the Canon. However, the stories have been odd and in some ways, unsatisfying. That said, I watch the programs religiously.

When the Sherlock: The Abominable Bride

The scenery and the ambiance were fabulous. The tailoring was exquisite. Seeing Holmes and Watson in their digs was a gift. The smallest details were loving created. The injection of their current humor and banter bore the characteristic enjoyable stamp of the series. When it was in context, those scenes did feel like the gift we long awaited.

But, as the gift continued to be unwrapped, the story seemed so outre that it felt like a psychological drama reminiscent of the 1960's drama The Prisoner

with an ending as bizarre as The Wild Wild West

. Perhaps the juxtaposition of some characters in the past was some kind of personal joke to the producers. For example, it seems unlikely that Mycroft would have eaten himself to death; that should strike him as inefficient. There also seemed to be a race to see how many episodes could be referenced. The addition of fantasy sequences from within the fantasy broke whatever was left of the illusion.

Finally, since it was all a drug-induced dream, I wondered if, in fact, I should have been returned to Kansas

Image credit: The Case of the Ozian Detectives