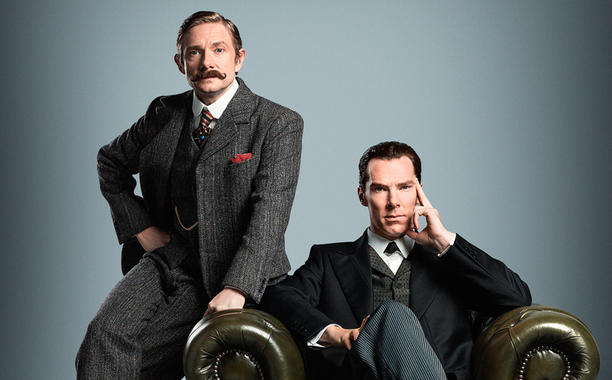 Traditionalists should be rejoicing right about now.

We've long known that the Sherlock

special - a standalone episode due in advance of the fourth series - would be set in Victorian England. This week we were treated to two more teasers that confirmed that long-held belief.

Online fans - who will not be kept waiting, if you please! - have expressed their dismay at the constant delay in scheduling Series 4. The popularity and busy schedules of the principal stars Benedict Cumberbatch and Martin Free man have thrown the show runners into a holding pattern as they're committed to other projects in the immediate future. At this point, Sherlock is expected to return in 2017, but with a twist: a number of movie theaters will simulcast the series along with the expected television release. 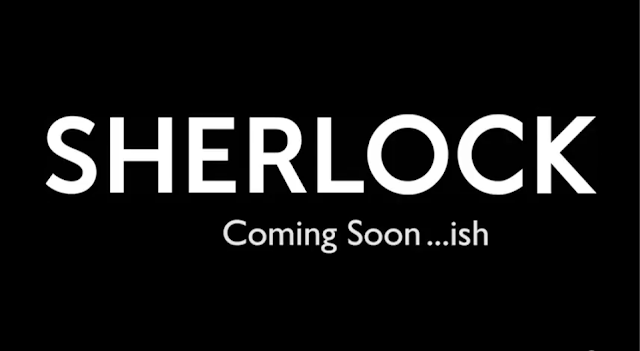 "It was familiar ground" [STUD]

On Wednesday, the above official photo made its way across the Internet the day before San Diego Comic Con kicked off. The producers will be participating in a panel at SDCC, as they have in years past, so we'll expect more information to roll out.

Last night, we got a better sense of the special. PBS released a teaser video that gave us a better sense of the coming show. It opens with a scene of a period street sign of Baker Street, followed by a long look down the fabled thoroughfare on a snowy day (including a storefront with a red awning - Speedy's?). Trade vehicles and hansom cabs roll about, and the theme music is a clever nod to Patrick Gowers' score from the original Granada series with Jeremy Brett

The facade of the door of 221B hasn't changed, and as it opens, Mrs. Hudson greets Holmes and Watson, who step out of the carriage, with a remonstration to give notice when they're due home. Cumberbatch's Holmes replies with what can only be music to traditional Sherlockians' ears with a soothing and logical, "I hardly knew myself, Mrs. Hudson."

We hasten to note that the Victorian version of Cumberbatch's Holmes seems far less manic and rushed - more of the true gentleman that Sherlock Holmes was - a far cry from his self-proclaimed "sociopath" character of the modern series.

Then Mrs. Hudson takes note of Dr. Watson's latest publication, taking the opportunity to insult him about it because she only makes perfunctory appearances with little to no dialog. Holmes piles on, claiming that there wasn't enough of him in "the dog one." A nice inside joke to Sherlockians who know that Holmes was offstage for a good bit of The Hound of the Baskervilles.

We're then left with a complete lack of information about the air date, as the scene fades to a slate that reads "Sherlock. Coming soon...ish."

Here's the full video for your review. Let us know what you think.