"an object of interest to be celebrated" [SCAN] 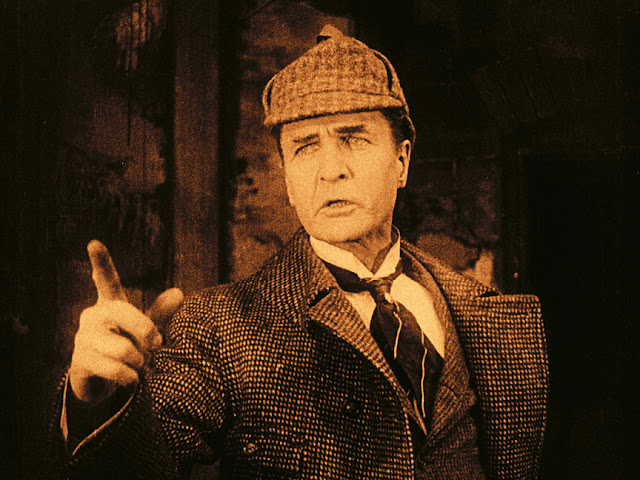 Last year, the world was taken by storm by the discovery of the 1916 film Sherlock Holmes starring William Gillette, long thought to be the Holy Grail of lost films. The film was screened first in Paris on January 31 of this year, then at the San Francisco Silent Film Festival in May, both to excited and sold out audiences.

This October, Flicker Alley will present the Blu-ray/DVD restoration, in partnership with the San Francisco Silent Film Festival and la Cinémathèque française.

As part of the preparation for the October 20 release of the DVD and Blu-ray and to celebrate William Gillette's birthday (b. July 24, 1853), I Hear of Sherlock Everywhere is proud to debut this exclusive trailer for the film:


Long considered lost until a complete dupe negative was identified in the vaults of la Cinémathèque française last year, this William Gillette film is a vital missing link in the history of Sherlock Holmes on screen. By the time it was produced at Essanay Studios in 1916, Gillette had been established as the world's foremost interpreter of Holmes on stage-having played him approximately 1300 times since his 1899 debut. This newly-restored edition, thanks to the monumental efforts of both the San Francisco Silent Film Festival and la Cinémathèque française, represents the sole surviving appearance of Gillette's Holmes on film. Presented with optional French and English intertitles and an original score composed and performed by Neil Brand, Guenter Buchwald, and Frank Bockius, Flicker Alley is honored to bring Sherlock Holmes onto Blu-ray and DVD for the first time ever. 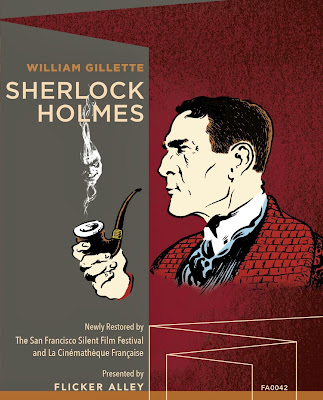 The DVD / Blu-ray is available for purchase directly from Flicker Alley, currently discounted at $29.95 (normally priced at $39.95).

As part of the celebration of William Gillette's birthday, Flicker Alley is holding a contest in which you have a chance to win a copy of the DVD / Blu-ray of the 1916 Sherlock Holmes starring William Gillette. Just visit their site to enter the contest and to see the full set of rules.

The contest runs from now until August 7, so make sure you get to the site before it ends. Good luck!

Thanks to our friends at Flicker Alley for hosting this contest.