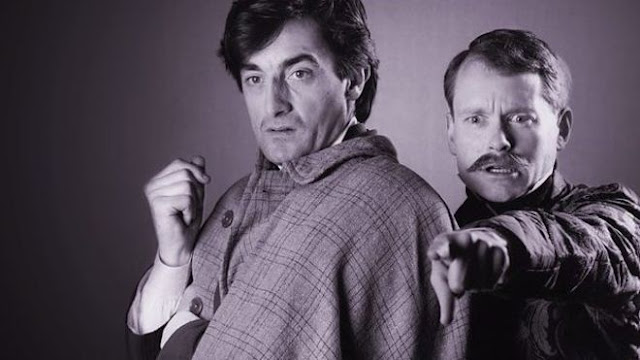 Roger Rees, the dashing Welsh actor who charmed American audiences in Cheers and The West Wing, has died in New York at the age of 71.

, Rees became a familiar figure in the United States when he took on the role of millionaire Robin Colcord, a sometime suitor to Rebecca on the popular television series Cheers from 1989 to 1993. He later returned to American's attention in his role as Lord John Marbury in the television political drama The West Wing.

But fans of Sherlock Holmes will remember Rees for his convincing and dramatic radio appearance as Sherlock Holmes in the 1988 BBC Radio production of The Hound of the Baskervilles, which was written by Bert Coules. This was a precursor to the full audio production of the Canon by BBC Radio, starring Clive Merrison and Michael Williams. [Ed.: If you'd like to catch up on the radio productions of Holmes and Watson's adventures, listen to Episode 68 and Episode 69, in which we interviewed Mr. Coules and included plenty of audio clips.]

While Rees didn't have the opportunity to play Holmes again, he did manage to sneak into a couple of episodes of Elementary

, as Alistair Moore, an old friend of Sherlock Holmes. However, if you get a chance to find the full radio production of the 1988 Hound, we highly recommend it - it was one of the best and is well worth seeking out. And for more details on the controversial hiring of Rees for the role, check out 221 BBC by Bert Coules, published by the Wessex Press.

You can listen to a scene from radio production of The Hound of the Baskervilles, excerpted in Episode 68, beginning at 54:20, where the annotation appears in the embedded audio file below: 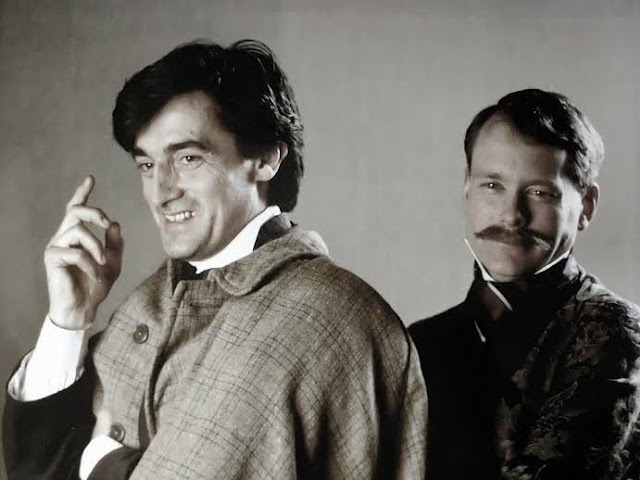