"after a thousand cunning windings" [FINA] 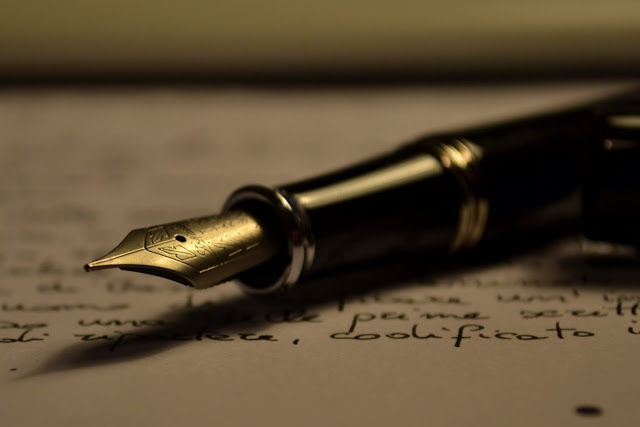 We tend to focus our efforts on Sherlock Holmes news, and while this update may seem a little navel-gazing, we'd still like to take the time to reflect.

With this post, we mark our 1,000th entry here on I Hear of Sherlock Everywhere.

It all started nearly 10 years ago with our first entry introducing The Baker Street Blog - as we were called at the time. Some of the early posts seem downright primitive in comparison, and some of them simply don't withstand the test of time, as other sites and technologies to which they refer are now defunct. But we still keep those posts up, because they act as something of a time capsule and a digital archaeological record of our efforts.

In mid-2007 we added an audio program (a podcast, if you must) called I Hear of Sherlock Everywhere that ambitiously attempted to commit to weekly or biweekly shows. We burned hot and bright for 18 episodes, then had our own hiatus for over a year. Now we're back on a regular (and sensible) monthly cadence that allows us to give serious thought to our guests and our topics.

Along the way, we picked up sponsors: Wessex Press and The Baker Street Journal continue to be our longest-running and most loyal sponsors, along with others who have joined us for s short while. And to them we are thankful.

Ours is a hobby, and as such, we can't cover the news full time - although we have had some lucky breaking news items like the discovery of the 1916 William Gillette film and the discovery of a Sherlock Holmes-like story that was purported to have been written by Conan Doyle. Like Horace Harker of the Central Press Syndicate in SIXN,


A great deal of my journalistic work is done at night, and I often write until the early morning."

As work and family life kept us busy, we shared a goal with Peter Blau at the 2011 BSI Weekend: to turn our site into a group-effort, sharing writing, reporting and commentary responsibilities with as many contributors who would raise their hands. And we welcomed our first contribution from Gordon Dymowski, who has proven to be one of our most profilic writers.

We created a form to allow anyone to throw his or her hat in the ring to contribute (see it at ihose.co/writeforihose) and our stable of writers has grown. You can meet the entire team at ihose.co/ihoseteam. Among those who write for us are Chris Redmond, BSI ("Billy") proprietor of the ground zero for Sherlock Holmes on the web, Sherlockian.net; Francine Kitts, BSI ("Lady Hilda Trelawney Hope"), the BSI's "Angel of Death; and the analytical and thoughtful James O'Leary, who always has a contribution of note.

But it was our syndication of Matt Laffey's Weekly Sherlockian Links Compendium that helped to make IHOSE a required destination. Syndicated from Matt's Always 1895 site, we credited Matt with being the Peter Blau of the Internet (although Peter does pretty well online as well) and helping us to stay current with the news. With Matt's participation on his Sherlock Holmes and Conan Doyle in the Newspapers project with Mattias Bostrom, BSI ("The Swedish Pathological Society"), we understand his priorities while we miss his updates.

From reviews of books, comics, television, film and even apps, and interviews, analyses and commentary, our team aims to cover as much ground as we can. And like the original Baker Street Irregulars, we "go everywhere, see everything, overhear everyone." [SIGN]  Hopefully our writers aren't finding life as difficult as Neville St. Claire, who was a reporter for an evening paper in London and whose "editor wished to have a series of articles." [TWIS]

Along the way, we've developed apps for our audio show, we've created the now-defunct Sherlock Holmes Social Network and then an online community that now has over 2,600 members, three options for subscribing by email, a Sherlockian link-collecting site, and even an online magazine that was featured by its technology founders.

We've had our fun over the course of 1,000 articles - from the time we fooled some Hollywood media to our live-tweeting of the first series of Sherlock on behalf of PBS (and the subsequent series as well), and ongoing series such as our coverage of Conan Doyle Estate's legal issues and the important efforts to preserve Undershaw. We also tried to be helpful, as was the case with our perennially popular Guide to Getting the Most Out of the BSI Weekend and the first use of Twitter during the BSI Weekend (in 2008) and the first use of the hashtag #BSIWeekend, to help those not in New York follow the fun.

Yes, we're pretty proud of what we've accomplished in nearly a decade. But without you, dear reader, we would be nothing. We are grateful that you invite us into your inbox, Facebook feed and earbuds. We realize that as part of building our reputation as the definitive site for news and information about Sherlock Holmes and popular culture, we have a great responsibility to you, and we take that seriously.

Thank you for being part of this journey with us. We hope it continues for many years to come.