John, Holmes and the Emotional Connection 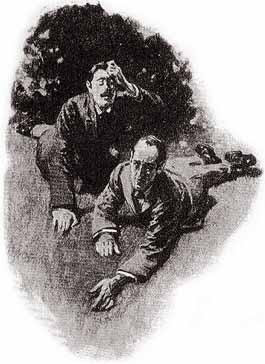 What did Gary Hopkins know in 1988 that Sherlockians still argue about a quarter of a century later?

The perceptive Sherlockian blogger Jaime Mahoney actually commented on Hopkins's insight several years ago, but that was in another era, before the "relationship" between Holmes and Watson became the hot topic it is now. It's been the focus of much attention around the BBC "Sherlock" series and CBS's "Elementary", and the more I hear about "Sherlock and John" on the BBC show, or "Sherlock and Joan" on CBS, the more I ask myself what signs of that relationship can be detected in the actual, original Sherlock Holmes tales. 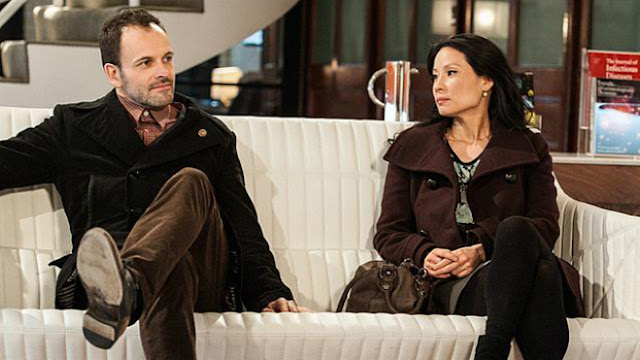 We can (and should) ignore the phrase "my dear Watson", which Holmes uses 78 times in the Canon, and the reciprocal "my dear Holmes", which Watson uses only 16 times. That was a convention of the times, just as young men sharing accommodations for financial reasons was a widespread custom. (Anybody familiar with W. S. Gilbert's early farce "Cox and Box"?)

But here and there in the stories one finds a hint about how the two men thought of one another. Clearly the friendship grew closer over time;. After Holmes's apparent death at the Reichenbach Falls, Watson called him "the best and the wisest man whom I have ever known," which sounds respectful rather than affectionate, but when Holmes reappeared in London, not dead in spite of all the evidence, Watson fainted. That brief episode was examined and cross-examined in detail after its modern expression by Benedict Cumberbatch and Martin Freeman was presented in "The Empty Hearse" last year.

Other than the emotions surrounding Holmes's death and resurrection, the Canon offers two important incidents where the partners have occasion to show their feelings for one another. One, famously, is in "The Three Garridebs" — the Canonical story many fans are longing to see dramatized by the Cumberduo — when Killer Evans pulls his revolver and shoots Watson in the thigh. "You're not hurt, Watson?" Holmes cries. "For God's sake, say that you are not hurt!" And Watson records: "It was worth a wound — it was worth many wounds — to know the depth of loyalty and love which lay behind that cold mask." But to his friend he makes little of it: "It's nothing, Holmes. It's a mere scratch."

The other incident comes at the climax of "The Devil's Foot", when Holmes, impatient to test his theory that a west African ordeal poison has been put to use in a remote house in Cornwall, subjects himself and Watson to the same dreadful fumes. Watson describes the effect on his senses: "I broke through that cloud of despair and had a glimpse of Holmes's face, white, rigid, and drawn with horror. I dashed from my chair, threw my arms round Holmes, and together we lurched through the door." In a moment the two are "lying side by side, conscious only of the glorious sunshine", a somewhat suggestive phrase out of context. And what does Holmes say when he regains his breath? "Upon my word, Watson!" Nothing could be more Victorian.

But it brings us back to Gary Hopkins. The name may not ring a very loud bell, but he wrote four of the scripts for the "Granada" Sherlock Holmes series starring Jeremy Brett, including "The Devil's Foot" in 1988. His script for that one includes a prolonged and rather cheesy hallucination scene in which Brett's Holmes sees himself bleeding hideously and relives the terrifying confrontation at the Reichenbach. (The whole thing is a foretaste of more extensive Brett hallucinations that would be seen in Granada episodes released a few years later.) 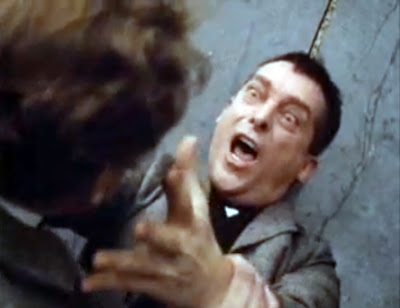 And in Hopkins's version of "The Devil's Foot", what one word does Sherlock Holmes utter after Watson urgently repeats "Holmes! Holmes!" and shakes him vigorously?

He never calls John H. Watson by that name anywhere else in all their adventures. And if he did say it on that terrible day in Cornwall, Watson left it out of the Canon. But if he did . . . if he did . . .