Sherlock Holmes in San Francisco: The Triumph of William Gillette

"These relics have a history, then?" [MUSG] 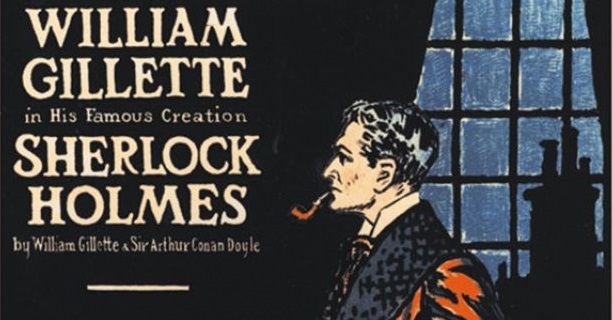 It was the day. The hour. Almost the very minute.

In the semi-darkness of San Franciso's opulent Castro Theatre, a capacity crowd of 1,400 listened as Russell Merritt, BSI ("The Trepoff Murder"), introduced the U.S. premiere of the restored version of William Gillette's Sherlock Holmes (1916), the long-believed-lost holy grail of Sherlockian filmdom. For hours before the 7 p.m. start time, the sidewalk in front of the Castro was crowded with unfortunate souls vying for tickets to the sold-out event, and the atmosphere on this delectable Sunday evening in May was positively electric. 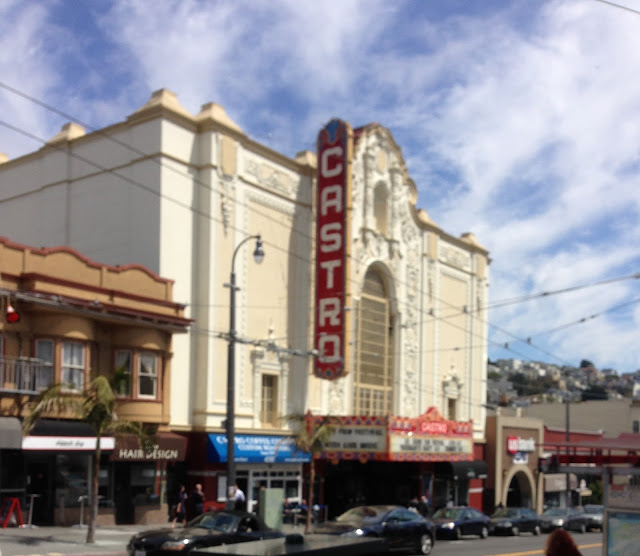 Critics gushed when the film appeared a century ago. Said The New York Morning Telegraph: "From the beginning to the end of this seven-part feature there is not a dull moment." The New York Dramatic Mirror called it, "a screen triumph with a varied assortment of punches – and veritable triphammer punches, all of them." But vintage praises could hardly ease my mind. Would the film hold the attention of moviegoers who had seen The Seven-Per-Cent Solution and Guy Ritchie's Sherlock Holmes? Could a feature-length Sherlock Holmes silent film still connect with an audience in 2015? And, most of all, there was William Gillette – would he disappoint? Or was he, as Orson Welles declared, "the immortal Sherlock Holmes"?

The lights dimmed, the screen flickered, and we were off. On a scale of 1 to 10, the enthusiasm for William Gillette's Sherlock Holmes had been at Level Nine before the film began; two hours later, it had officially been turned up to 11.

Prior to Gillette's film, Holmes had made cinematic history more than once. The 1903 Edison short Sherlock Holmes Baffled was the first detective film. Mack Sennett, founder of Keystone, was Holmes in The $500 Reward in 1911. In 1914 came two versions of A Study in Scarlet: one made in the U.S., with future six-time Oscar-winner John Ford as Dr. Watson; the other, the first Holmes film made in England, with James Bragington as the great detective.

But none of these was as yearned-for as the one-and-only film of William Gillette, and for good reason: Gillette was perhaps the most fully invested of all the actors who have played Holmes. He adapted and co-produced the 1899 play Sherlock Holmes, in the process naming the page "Billy," a detail that later turned up in the Canon itself.

Gillette played Holmes over 1,300 times, even performing the role for Arthur Conan Doyle, and was the first Holmes on radio. He was the model for Frederick Dorr Steele's illustrations, and he attended the 1934 BSI dinner in December of that year, along with Christopher Morley and Vincent Starrett. It was he who gave Holmes the calabash-and-meerschaum pipe so widely identified with him that it is now "a Sherlock Holmes pipe." Gillette was "all in" as Sherlock Holmes, and it was tragic that the only visual record of his performance, the 1916 film made at Chicago's Essanay studios, was no more. But then the too-good-to-be-true happened. 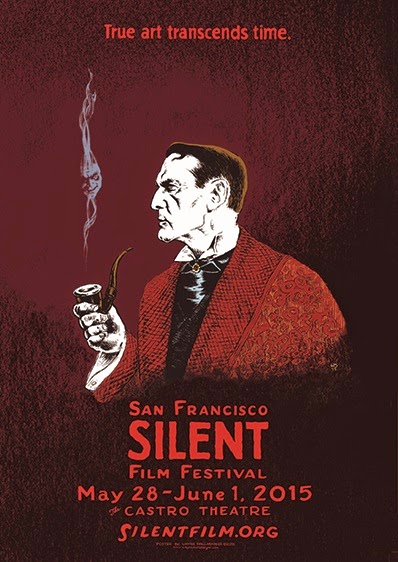 A dupe negative was discovered in the Cinematheque Francaise archive. It was repaired and scanned at Italy's Cineteca di Bologna, and the resulting frames were sent to Robert Byrne, the president of the San Francisco Silent Film Festival, who painstakingly removed scratches, motes, and other damage, then oversaw the re-coloring of the film to its original orange-tinted interiors and blue-tinted nighttime exteriors. The Chicago History Museum loaned the restoration team a 1901 copy of Gillette's play, with the author's manuscript notes, as a reference for constructing new English intertitles.

But what about the film itself?

The results are in: As a film, Sherlock Holmes is very, very good. In places, it is even great. It is old-school and up-to-date, weird and wonderful, puzzling and thrilling, wacky and delightful, hilarious, hypnotic, and thoroughly entertaining – in short, it's just about everything one could ask for in a Sherlock Holmes film. Those interested may find the details of the plot here, as the film adheres closely to Gillette's stage production, and his skills as a dramatist leap from stage to screen admirably.

I am happy to report, moreover, that Sherlock Holmes is a film in the true sense. The first narrative film might have been Melies' A Trip to the Moon but for one problem: Melies locks the camera in place (in a theatre) and performs a play in front of it. It was Edwin S. Porter's The Great Train Robbery (1903) that first used extensive cross-cutting to depict simultaneous storylines, and first moved the camera to follow the action.

Gillette's film makes expert use of the latest innovations in camera technique: Double exposure shots and editing through dissolves, methods pioneered in Story of a Crime (1901), are taken to a new level, and the camera pans are almost imperceptible in their smoothness. Most impressive are a pair of tracking shots, especially one in which Holmes searches a room for clues; the technique was so new that it was still called a "Cabiria movement," after the 1914 Italian film in which it first appeared. But the tracking shots in Sherlock Holmes are such an improvement over anything in Cabiria as to beleaguer comparison.

As to the restored print, Rob Byrne and the restoration team have done one of the finest jobs of saving a classic film that I have ever seen. The image quality of the restored Sherlock Holmes is astonishing, and today's viewers are being treated to a better-looking film than even the original audience experienced:


Saving the best for last, there are outstanding supporting performances in Sherlock Holmes, notably Edward Fielding as Watson, Burford Hampden as Billy, Stewart Robbins as Forman, William Postance as Sid, and Ernest Maupain as Moriarty, sporting a Guignol left eye as inexplicable as Dr. Watson's first initial of "G." Moreover, even the inferior performances manage to be delightful: They are bold, barefaced, and never boring, rather like a series of cameos by Nicolas Cage in his "mega-acting" period.

Concerning William Gillette, it is plain to see why his Holmes lit up the world's theatre marquees for 33 years. Calvin Coolidge called the performance, "a public service"; Sir Arthur Conan Doyle added, "you made the poor hero of the anemic printed page a very limp object as compared with the glamour of your own personality." The intricacy of Gillette's byplay stands in a class by itself, and his snarky interactions with the villains are sure to delight even the most jaded of today's audience members. (One exchange in the Stepney Gas Chamber would be criminal to spoil without warning.) 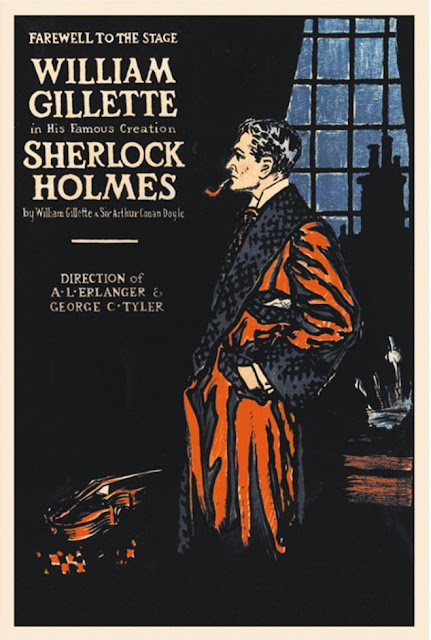 The best moment of the screening came after an interview with the baddies. Holmes returns to 221B Baker Street, where he is greeted by Dr. Watson; he doffs his coat, and stands waiting for Billy. The page brings forth — and slips our hero into — what may as well be a cross between the Mantle of the Prophet and the Golden Fleece: the famous Gillettean dressing-gown.  I have seen a good many movies in my time, and in my time there have been a great many movies that have been seen by me, but never yet had I seen a sold-out house go berserk over a dressing-gown, nor witnessed a costume receive a standing ovation, until that moment.

If convenient, see Sherlock Holmes – for the first time – on the big screen. If inconvenient, do so all the same. But should this prove impossible, be advised that the DVD and Blu-ray release from Flicker Alley will be available on October 20, 2015, and it might be wise to pre-order your copy. With any luck, the work of the Donald Sosin Ensemble, who brilliantly accompanied the film in its San Francisco screening, will be included on this release, but, even if not, the purchase price will be well spent.

In 1916, the Chicago Tribune called Sherlock Holmes, "a production to which Essanay may point with pride … for future and again future revival." The future is here at last; for William Gillette, it's so bright, he has to wear shades. 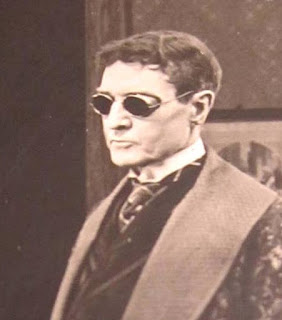