Apply for a Grant to Help Teach Sherlock Holmes to Students 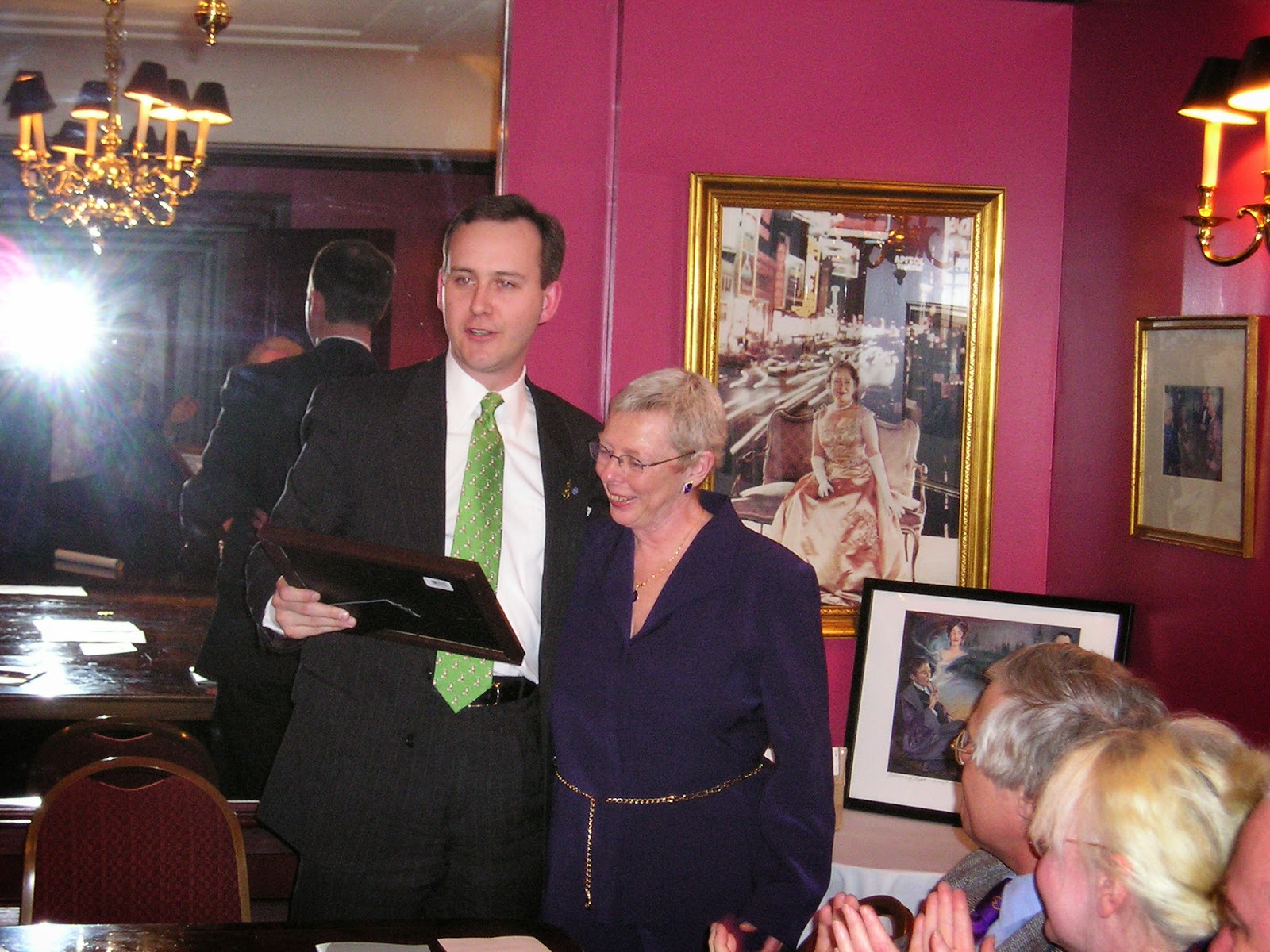 We've been associated with the Beacon Society for over a decade. The group supports and recognizes exemplary efforts to introduce young people to Sherlock Holmes.

The recognition portion is primarily expressed through the Beacon Award, an annual accolade bestowed on some Sherlockian who is doing his or her part to bring Sherlock Holmes to young people. The award consists of a certificate and a check for $221. Pictured above is Jan Stauber, the recipient of the very first Beacon Award in 2004.

Speaking of Jan Stauber, that's where the "support" element of the Beacon Society's mission comes in. The group not only provides guidelines, curricula and case studies to help teachers and others in their efforts to educate Sherlock Holmes, but it also provides financial assistance through the Jan Stauber Grant each year, which was established by Jan's husband Al Gregory.

We'll tell you more about Jan after the announcement below.

Jan Stauber Grant Application Process Is Open Until May 1, 2015

The Jan Stauber Grant will provide up to $500 to fund the development of a project that will introduce young people to Sir Arthur Conan Doyle’s stories about his famous fictional detective, Sherlock Holmes. In 2014, 19 teachers and librarians received grant funds from the Beacon Society.

U.S. and Canadian teachers, librarians, Sherlockian literary societies, and others are invited to apply for the Beacon Society's major funding project. The grant period will be from July 1, 2015 to June 30, 2016.

If you're interested in introducing Sherlock Holmes to elementary, middle or upper school children in the United States or Canada, please apply now for a 2015 Jan Stauber Grant.

Because the grant is named after Jan, and because Jan was the Beacon Society's first award recipient, we thought you might like to learn a little more about her. She was born - like Irene Adler - in New Jersey and was a polymath: a computer programmer, an artisan, a member of MENSA and a gifted counselor, she touched many lives. Jan died peacefully at home on October 7, 2005.

But the life she probably touched the most profoundly is that of her widower, Al Gregory. Al wrote an in-depth piece about Jan's life story and the wonderful story of love, friendship and world travel that the two of them shared. You can check it out on the ASH website.

But we also sat down with Al to learn about Jan's commitment to introducing Sherlock Holmes to children and her association with the Beacon Society.

I Hear of Sherlock Everywhere: The Beacon Society gave Jan its first Beacon Award in 2004. What were they recognizing?
Al Gregory: Every year Jan would borrow my deerstalker, Inverness cape, pipe and some Sherlockian toys and visit the 7th and 8th grades where they read "The Adventure of the Dying Detective." She went around to the students, "studied" them with her magnifying glass and made "deductions" about them. Of course, as a school counselor she already knew a lot about them. Then she'd talk about Holmes and the Victorian world. As a school counselor for about 15 years she introduced some hundreds of students to Holmes on a one-to-one level. Just how many people can say they've done that?

IHOSE: What made you decide to establish the grant program with the Beacon Society?
AG:  I wanted Jan's work to continue. That's why I set up the matching fund grant. It is not only keeping her memory alive, but more importantly it's keeping her work alive. The Beacon Society:

IHOSE: How does the matching fund work?
AG: Each year, the Beacon Society raises money for the Grant. I pledged to match whatever they are able to raise each year, dollar for dollar, up to $1,000. I figured that by promising a matching fund of $1000 I would virtually guarantee a budget of $2000. Hell, we've gone way beyond that to my intense delight! If I had deeper pockets I'd make a matching fund of $5000 or more for all the reasons outlined above.

IHOSE: Is there anything else about Jan's passion for Sherlock Holmes and the great work of the Grant that you think is relevant for people to know?
AG: Jan never had kids, But she loved working with them. And she was damned good at it. This grant helps teachers who love kids to work with them more effectively, and better supplied. Jan operated on a principle I've long held dear -- to leave this world a little better place than you found it. That is a life well lived! 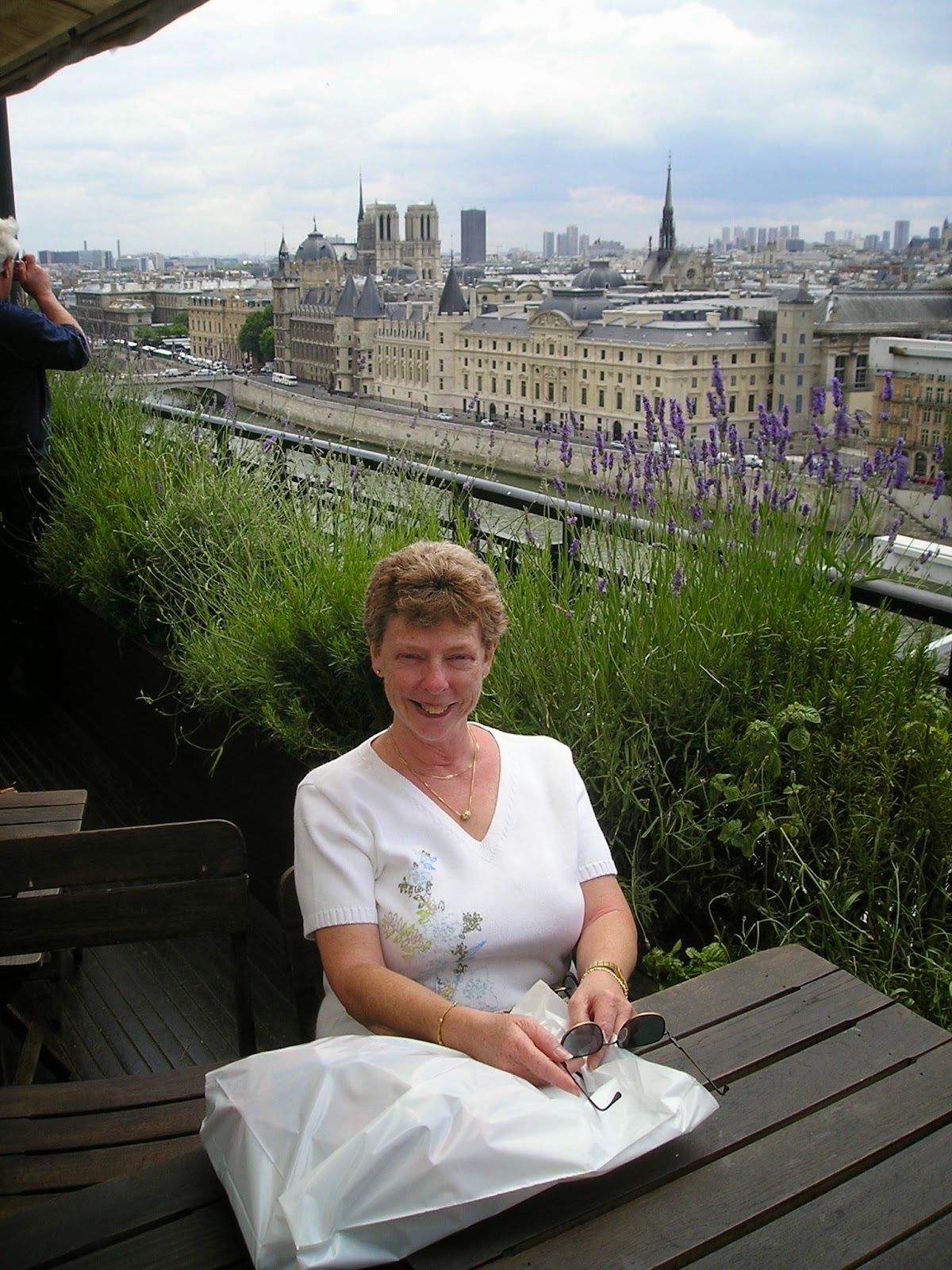