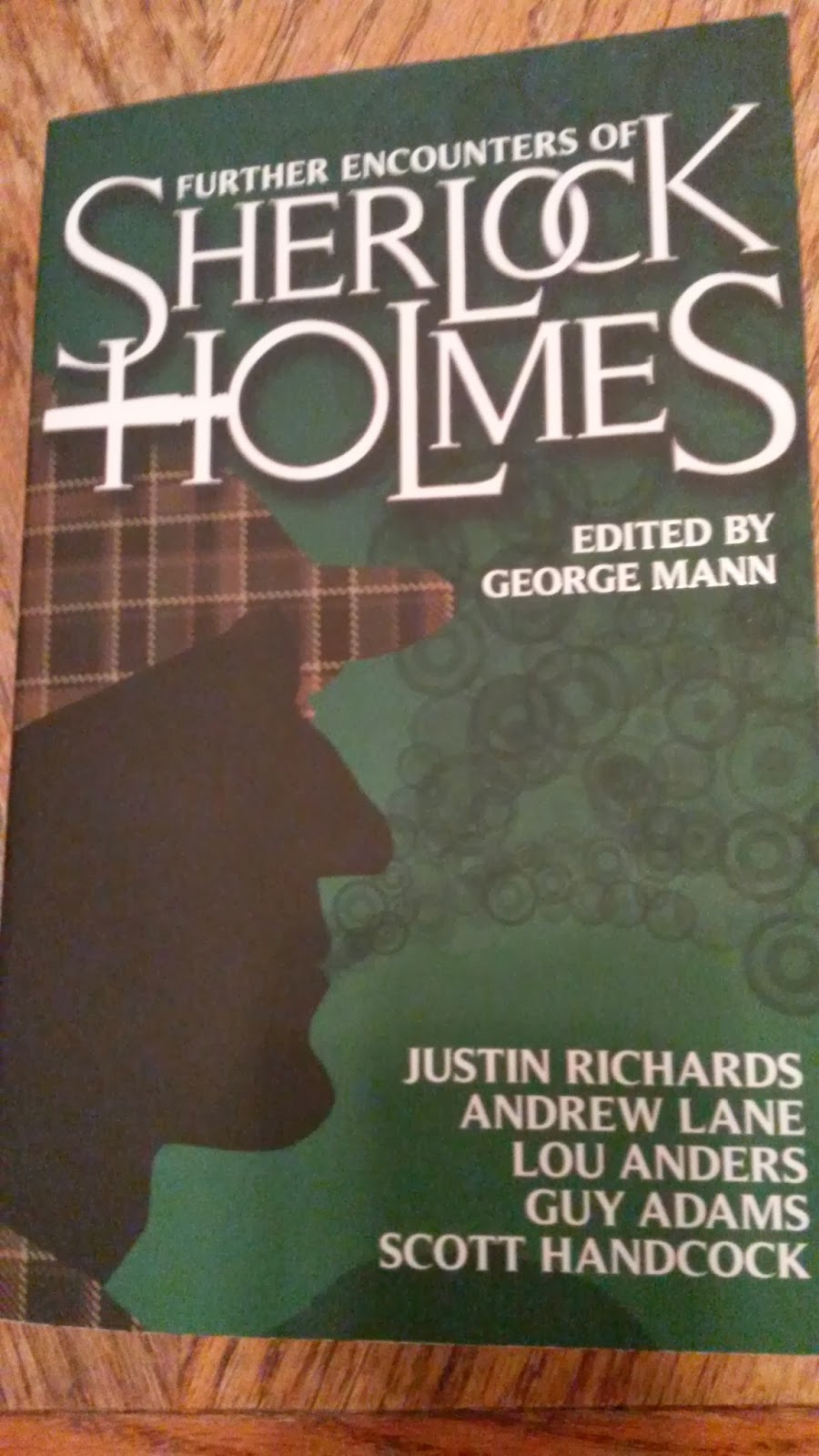 Not every Sherlockian is a fan of the pastiche, and nowhere in this hobby will you find a larger difference of opinion as to what reflects “quality” in a pastiche. Does the writer need to copy and evoke the style of the original stories, or is it more important they deliver good mystery stories? As a Sherlockian with a large pastiche library of his own, the former measure is an added bonus, but the latter remains absolutely essential. How fortunate then, that FurtherEncounters of Sherlock Holmes, the newest collection of short stories from Titan Books, delivers enough strong mysteries to make the volume entertaining. Those looking for Watson’s voice should look elsewhere, but the writers do contribute unique and memorable takes on the sleuth of Baker Street. Editor George Mann discusses in the introduction how Sherlock Holmes can be continually reimagined and recreated, and that is the spirit in which the stories for this collection seem selected.

There are two outstanding stories in this volume. In “The Girl Who Paid for Silence,” a young girl comes to Baker Street to seek Watson’s aid, but Watson is utterly confused when Holmes cannot see the girl in question. The resulting mystery reads more like an episode of The Twilight Zone than anything else, but it is one of the strongest stories in the group. “A Betrayal of Doubt,” the final story in the collection, tells the story of John Watson Jr. meeting the elderly Sherlock Holmes and investigating a series of murders that have overtones of the occult. The elderly Holmes struggles with the waning nature of his abilities, but the focus of the short story remains on the mystery.

Some of the stories start with great potential, such as when a thief gains access to Baker Street and raids Holmes’ cross-indexed reference books in “The Curious Case of the Compromised Card-Index.” Or when a foreign diplomat insists that he was almost murdered by a house in “The Case of the Devil’s Door.” But too often, the intriguing puzzles are left with endings that are a little too simplistic and mundane. Other stories feel as if the writer tried to jam two disparate elements together into a single story, with mixed results.

Overall, the stories in Further Adventures of Sherlock Holmes are enjoyable and compelling, even if they do not have the flavor of Watson-authenticity. In fact, many of the stories read like they would have been part of the radio series, and we all know what tall tales Dr. Watson would tell to the various representatives of Petri wine. It is a solid collection of short stories that makes me interested in the other releases from Titan Books, but if you aren’t already a fan of pastiches, this is probably not the place to start.