"A finer first appearance had never been made" [VALL]

In some ways, the 1939 version of The Hound of the Baskervilles has seemed to have always been with us. In other ways, it's not all that long ago that it was released.

There is no question that Basil Rathbone was the definitive Sherlock Holmes of a generation; it could easily be supposed that he is one incarnation of Holmes that stands the test of time. His first turn as Holmes on the silver screen was in 20th Century Fox's The Hound of the Baskervilles, which made its premiere on March 24, 1939 in New York City - exactly 75 years ago today.

This was the first time that the audience had the pleasure of seeing him team up with Nigel Bruce as Dr. Watson, and the trusted comrades made their way from London to Dartmoor (via a Hollywood soundstage) to take on the wily Stapleton, the mysterious Barrymans (renamed so as not to be confused with the Barrymores, who at the time were Hollwood royalty), a medium, and an irascible Mr. Frankland, among others. 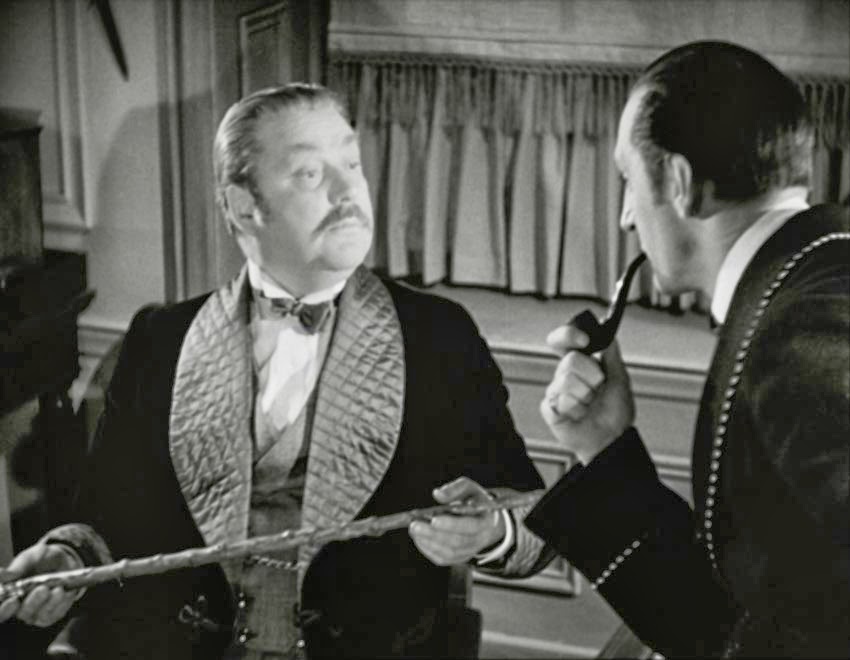 The two would return to the roles for some 13 additional films (all but one under Universal Pictures) and were immediately signed to a radio program based on the success of the film. It was to be a rich era for Sherlock Holmes fans, with a dozen films being released between 1942 and 1945.

One interesting bit of trivia: The Hound of the Baskervilles was the first Sherlock Holmes film until that time that portrayed Sherlock Holmes in his original Victorian England. All of the other films placed Holmes in modern times.