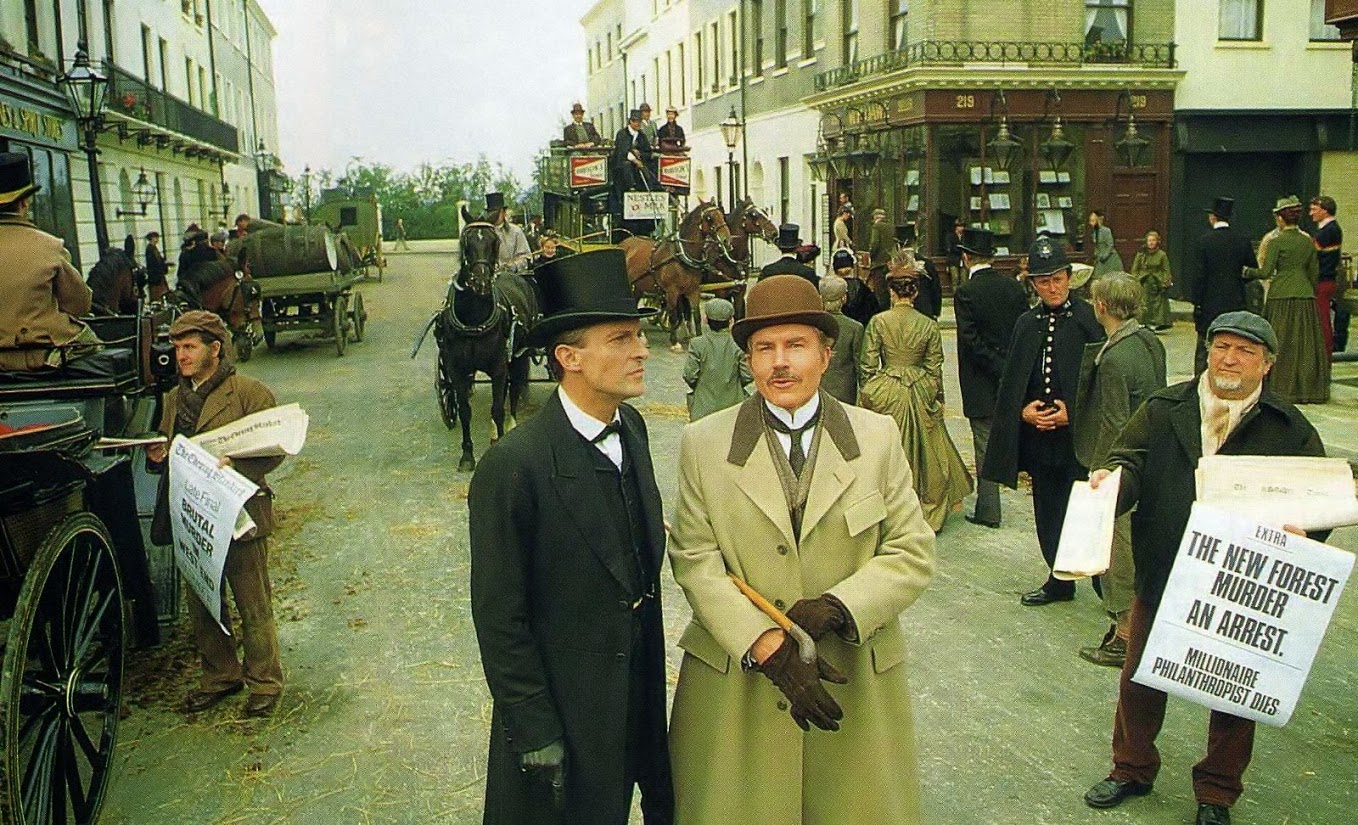 Without a doubt, one of the most influential and memorable portayals of Sherlock Holmes in recent years was that of Jeremy Brett in the Granada production.

Nearly 30 years ago today - on March 14, 1985 - The Adventures of Sherlock Holmes made its premiere on American television via PBS.

Starring Jeremy Brett as Sherlock Holmes and David Burke as a level-headed, intelligent and ready-for-action Watson, the series burned an image of Sherlock Holmes into the minds of an entire generation. The series brought us guest stars that included such notables as Eric Porter, Roger Hammond, Jeremy Kemp, Joss Ackland, Gayle Hunnicut and more. The soundtrack to the Granada Sherlock Holmes series is another reason that it rates highly to us.

For a behind the scenes look at how the series came together and the challenges associated with mounting such a serious production, A Study in Celluloid by Michael Cox himself does a wonderful job of getting into the details. [Disclosure: the book is published by Wessex Press, one of our sponsors. Please support them.]

And while you're at it, we'd also suggest that you kick back this evening and celebrate three decades of Granada by watching one of those early episodes.