Ghost Sightings on the London Underground

"The world is big enough for us. No ghosts need apply." [SUSS] 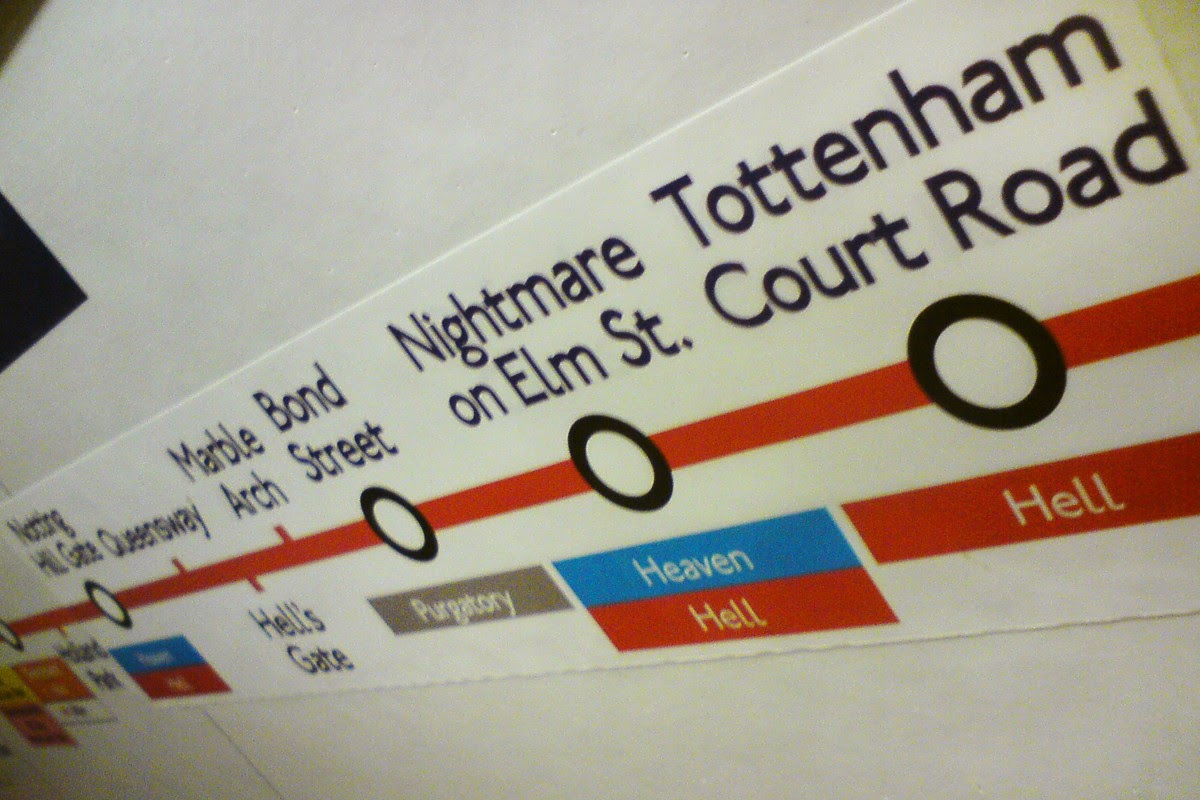 Strange things happen every day. But paranormal and other-worldly occurrences typically aren't part of mainstream conversation - and certainly are not expected to be part of the signage of a public transportation system.

Travelling in London on the Underground just got so much better! Couldn't help but tweet! pic.twitter.com/EGPRRFVR61
— Lorenzo Monteforte (@Renzo_Soprano) March 25, 2014


As always, let's turn to Sherlock Holmes himself for sage advice. In "The Adventure of the Sussex Vampire," Holmes says,

But are we to give serious attention to such things? This Agency stands flat-footed upon the ground, and there it must remain. The world is big enough for us. No ghosts need apply. I fear that we cannot take Mr. Robert Ferguson very seriously.

One might replace "Robert Ferguson" with "the Lord Mayor" in this case.

Of course, it may also be an extension of a very clever effort from last year in which some enterprising individuals created a number of fake signs for the Underground.