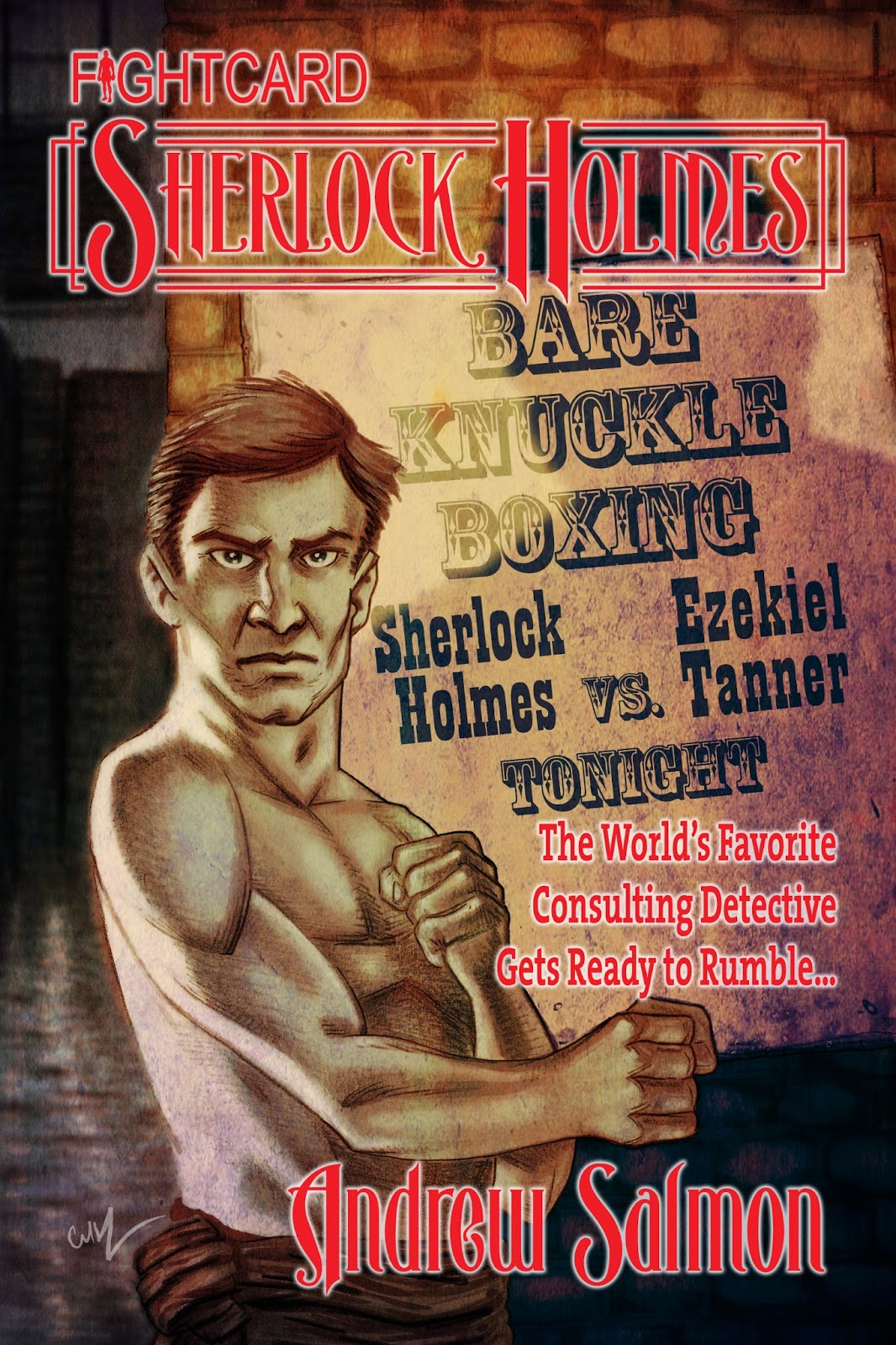 Many Sherlockians enjoy portrayals of Sherlock Holmes's deduction and intellectual skills, and tend to avoid his lesser-known expertise in fighting and hand-to-hand combat. However, as part of the Fight Card series of novels focusing on boxing, Andrew Salmon's Fight Card: Sherlock Holmes (Amazon US | Amazon UK) focuses on both in equal measure, providing an entertaining read focusing on Holmes' ability to handle both physical and intellectual combat.

Like its more contemporary books in the series, Fight Card: Sherlock Holmes focuses on boxing, but with a Victorian-era Holmes, it's bare knuckle, barely legal, and rife with storytelling possibilities. (This is one of the most well-researched books I've read - Salmon not only provides a glossary, but manages to integrate his research into Victorian boxing practices into the story without calling undue attention).

Fight Card: Sherlock Holmes is one of the most gripping Holmes stories to be published, moving beyond pastiche into more full-blooded territory (and the pun is fully intentional). Imagine the scene: it's shortly before Christmas, 1884, and Holmes is engaging in a bout with an old friend. Shortly after the bout ends, someone enters the hall screaming "Murder!"

The game, as Holmes would announce, is definitely afoot after that.

Salmon's tale rips along at a breakneck pace as Holmes and Watson make their way through the seamier side of Victorian London. All manner of criminals abound, including a new classic Holmes villain in former fighter Tanner. Fight Card: Sherlock Holmes balances both the brutality of bare-knuckle fighting and the raw intellectual power of Holmes' deductions, coming to a climax that is well-earned and well-deserved.

Plenty of pastiches mix Holmes and a variety of contexts and genres, but Fight Card: Sherlock Holmes accomplishes something far greater: expanding the context of Holmes' world, providing a much richer, deeper read that...well, let's just say that we now have a great Holmes boxing story as well as a great Holmes Christmas story.

Fight Card: Sherlock Holmes is available both in print and electronic form. Either way, this is a definite must-read.