The Story of Dr. Joseph Bell 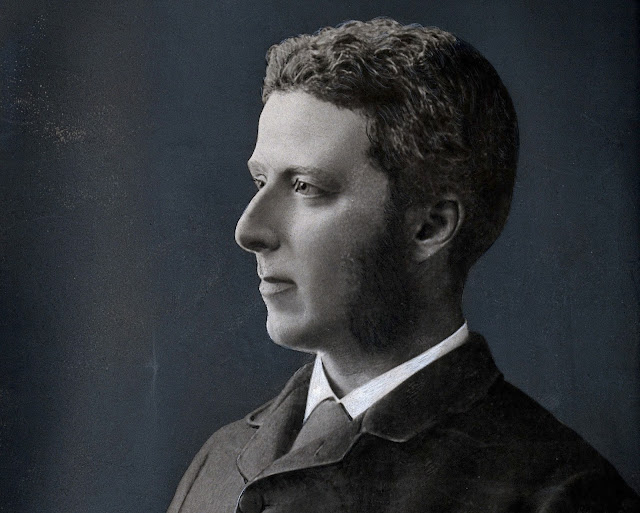 Thankfully, a series of movies produced by the BBC a decade ago help redress that, and provide an entertaining slant on the Holmes/Watson Relationship.

, starring Robin Laing as Conan Doyle and Ian Richardson as Joseph Bell. Focusing on Doyle's experiences as a medical student, this is actually quite a gripping drama. There's a real-life twist in the plot (which is revealed by a caption at the end), but Ian Richardson takes a very strong Holmesian turn as Dr. Bell. (It doesn't hurt that he had portrayed Holmes some twenty years earlier). The script works because we are so familiar with the material (a consulting detective/his comrade in arms/that unique relationship with the police) that the premise seems all too familiar...and the twist that Bell/Doyle are showing their "influence" over Holmes and Watson doesn't seem forced or inevitable.

One year later, Charles Edwards would take over the role of Doyle, and BBC made four Bell/Doyle movies under the umbrella title Murder Rooms: Mysteries of the Real Sherlock Holmes

. These four movies expand their relationship - we see Doyle's early life as a physician, but more importantly, we see a much greater fondness emerge between teacher and former student. Links to Holmes - and Doyle - are much more apparent in these films: "The Patient's Eyes" takes its central image from "The Adventure of the Solitary Cyclist"; Doyle's nascent interest in spiritualism is hinted at in "The Photographer's Chair"; "The Kingdom of Bones" seems to contain elements of Doyle's later Professor Challenger work and foreshadows The Valley of Fear

; and "The White Knight Strategem" seems to contain a slightly Moriarity-esque figure.

Sadly, although further Bell/Doyle adventures are hinted at, no further productions were made, nor are there plans to continue. However, for those who want a different flavor of Holmesian adventure - or who wish to imagine the influence that Joseph Bell truly had on Doyle's work - these two DVD sets (Dr. Bell & Mr. Doyle is not included in the same set as Murder Rooms) are quite excellent, and are some "hidden gems" that belong on your video shelf.


Editor's note: Gordon regularly covers the intersection of Sherlock Holmes and the entertainment industry. You can also find him at Blog THIS, Pal! and Comic Related.