"I came away baffled" [HOUN] 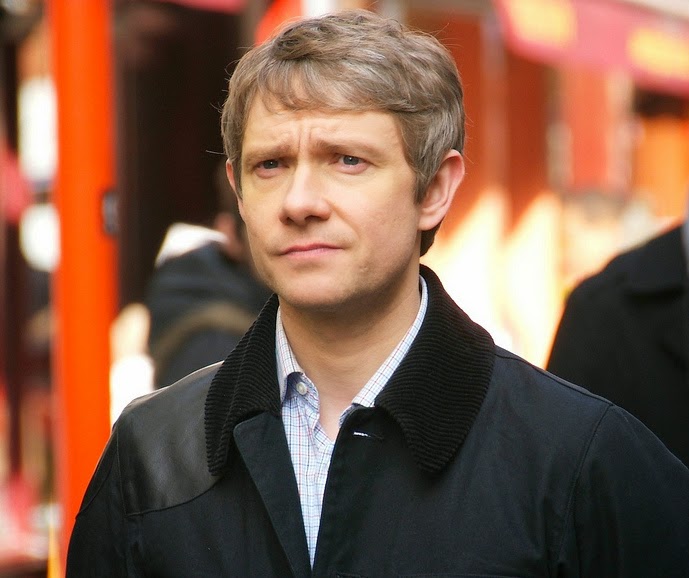 Last evening, the BAFTA Television Awards were handed out, and Sherlock

came away with two wins: one for best drama series and the other for Martin Freeman as best supporting actor for his role as Dr. Watson in the BBC series.

In his acceptance speech, Freeman remarked, "I really, really, really, really did...expect it," to peals of laughter. He credited Benedict Cumberbatch as "a fantastic Sherlock" and the scriptwriting of Mark Gatiss and Steven Moffat. He concluded with, "I know it's very fashionable to pretend you don't care about this stuff, but I'm very very chuffed."

Benedict Cumberbatch was also up for an award - best actor - but lost to Daniel Rigby, played Eric Morecambe in the biographical program "Eric and Ernie

". No word on the long sought-after posthumous BAFTA for Jeremy Brett (click through to read our previous coverage on it), however.

It should be noted that it is entirely appropriate that "Sherlock" won two BAFTA Awards on May 22, the birthday of Sir Arthur Conan Doyle. The second season of "Sherlock" is currently in production.

Our earlier coverage of can be found at "Something More Modern" [HOUN] as well as clicking on the You might also like links (as appropriate) below here on the site.

What do you think? An appropriate rewarding of talent? Let us know.