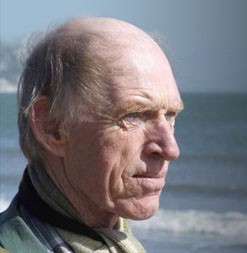 Earlier this week, news of Jeremy Paul's death was shared on the Scarlet Street Forums. Interestingly, it was shared by Bert Coules, the head writer for the BBC radio adaptations of the Canon. We say "interesting," because Jeremy Paul was an award-winning writer of many Sherlock Holmes adaptations and other televised mysteries and dramas.


I'm sorry to report that the writer Jeremy Paul has died at the age of 71. He'd been suffering from pancreatic cancer.
Paul is probably best known as one of the mainstay scriptwriters on Granada's Sherlock Holmes series but his TV credits go back to pioneering shows like No Hiding Place and much-loved favourites like Danger UXB, Upstairs, Downstairs, Out of the Unknown, Lovejoy, The Duchess of Duke Street, Midsomer Murders and the two Dominick Hyde science fiction plays.

He also wrote for the stage (notably The Secret of Sherlock Holmes, which ran for over a year in the West End with Jeremy Brett and Edward Hardwicke) and the cinema (Hammer's Countess Dracula).

We remember first seeing his name on the writing credits for the Granada Sherlock Holmes series with Jeremy Brett. In all, Jeremy Paul wrote the screenplay for a number of the episodes, including:
Mr. Paul was awarded an Edgar for his work on "The Musgrave Ritual" and was nominated for an Edgar for "The Problem of Thor Bridge."

One of the more interesting aspects of Mr. Paul's involvement with the world of Sherlock Holmes was when Jeremy Brett commissioned him to write a play. The Secret of Sherlock Holmes ran for several hundred performances in London's West End from 1988-1989. It concentrated on the friendship of Holmes and Watson and a surprising secret that Holmes had kept for many years. Both Edward Hardwicke's and Brett's performances were highly acclaimed by critics, and the play continues to enjoy revivals every so often. Below you can see Jeremy Brett speak about the play.


In addition to his work on the Sherlock Holmes stories, Jeremy Paul made a mark as a writer on other mystery shows, including Hetty Wainthropp Investigates and Campion. Without a doubt, Mr. Paul's talents will be missed, as he certainly left an indelible mark on the world of Sherlock Holmes. For that we'll be forever grateful.