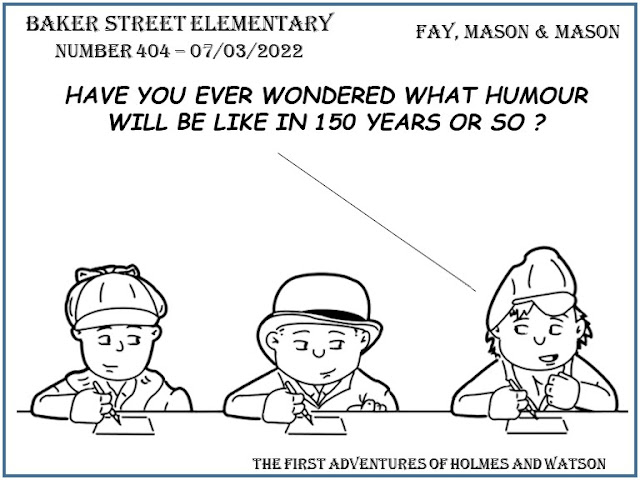 When we get children together of a certain age, there's a certain kind of humor that inevitably makes its way to the fore.
At the utterance of a double entendre or a scatological reference, furtive glances lead to smirks that lead to outbursts of laughter.
Did Holmes and Watson experience such instances as schoolboys? Almost certainly. And what about in the Canon itself?
Well, the great Sherlockian John Bennett Shaw delivered a paper at a dinner in 1971 along those lines. It was so racy that the editor of The Baker Street Journal (who was also the head of the BSI, and was still incensed from the talk at the dinner) refused to publish it.
It was called “a most amusing talk…showing evidence of much research and truly specialized knowledge, but, unfortunately, unpublishable.” At least by the BSJ. But it did appear later that year in Bruce Kennedy's Shades of Sherlock.
Meanwhile, we'll see what the boys are snickering about at Baker Street Elementary... 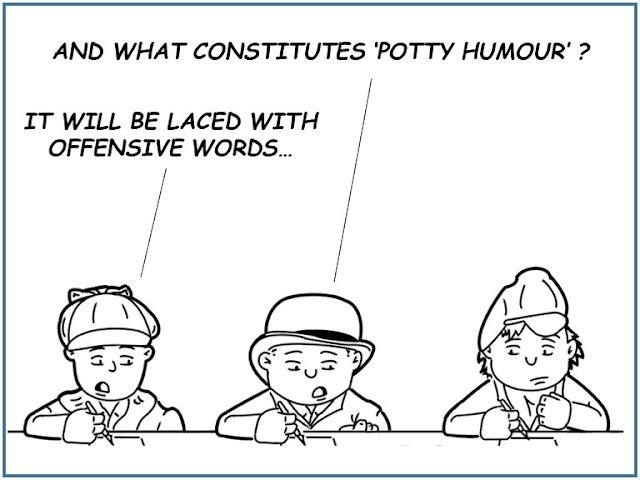 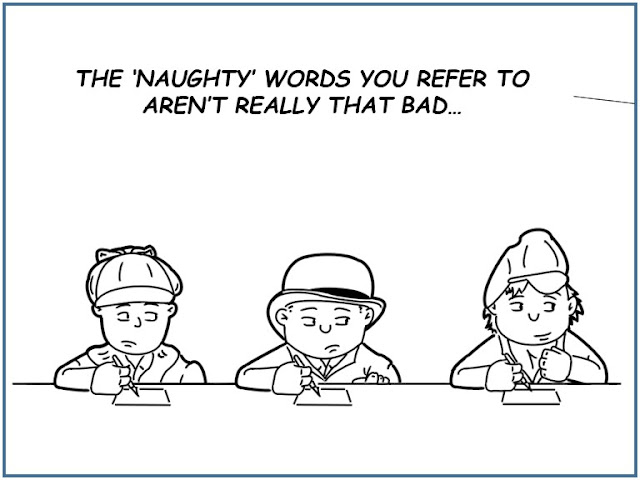 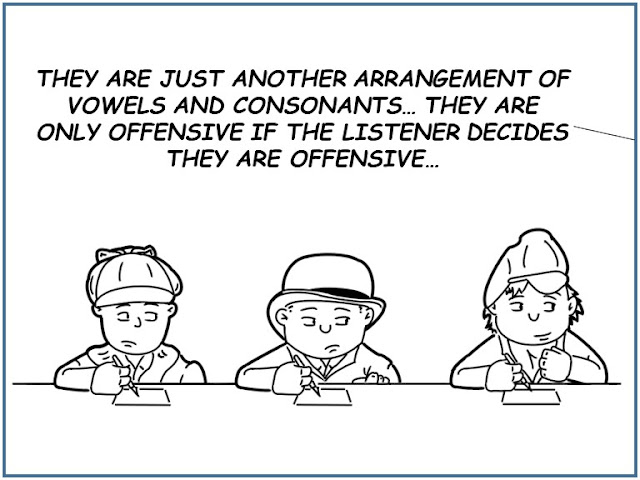 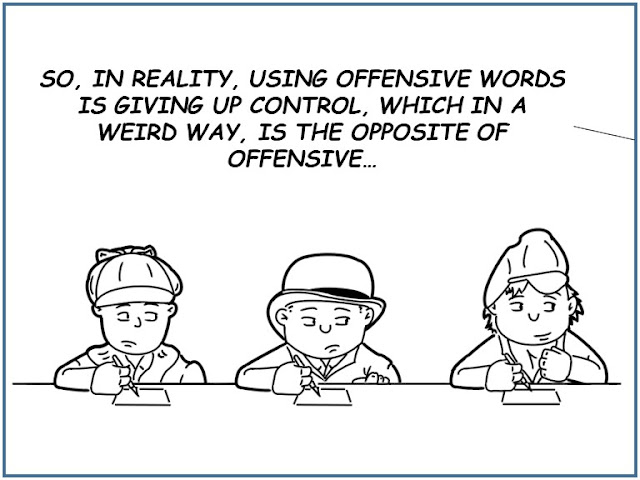 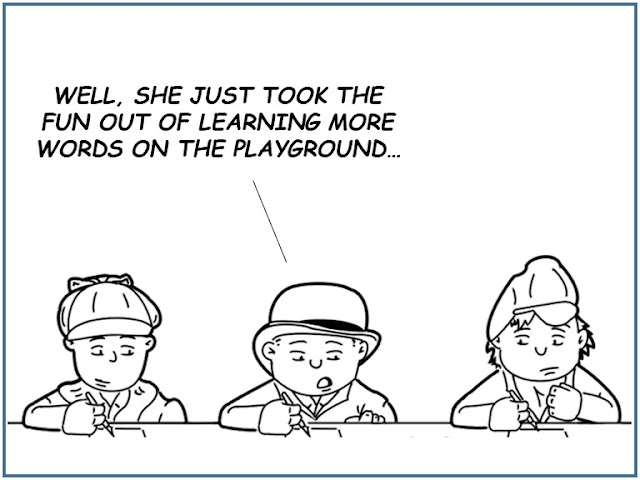 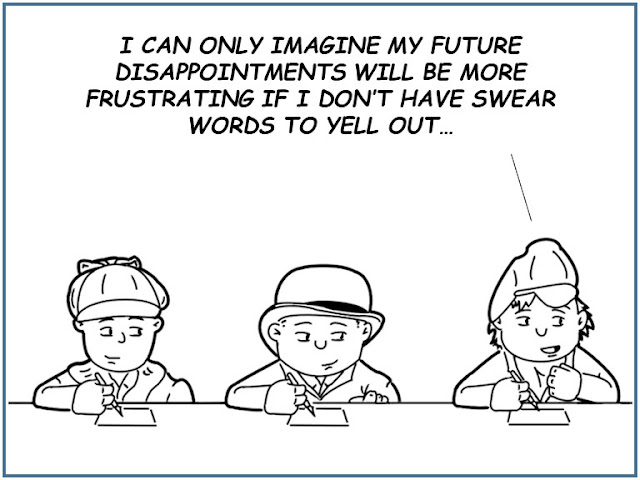