Baker Street Elementary – Not So Elementary, My Dear Watson 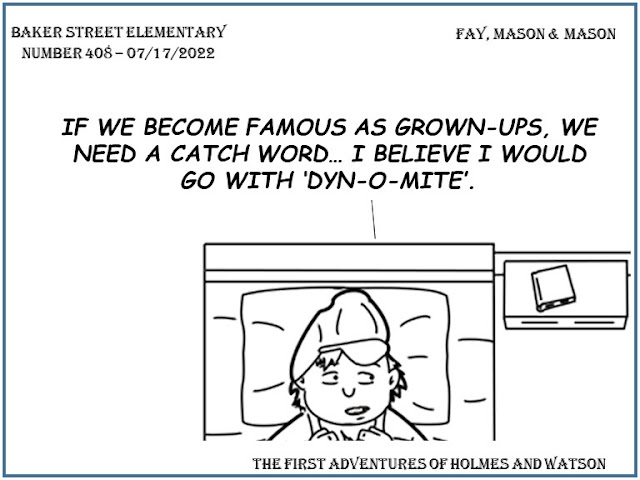 Sherlock Holmes is iconic, well-known to nearly the entire world thanks to his easily recognizable Inverness cape, deerstalker hat, meerschaum pipe, and his pithy "Elementary, my dear Watson."
Of course, you know that none of those are associated with him in the original 56 short stories and four novels by Sir Arthur Conan Doyle.
"Elementary, my dear Watson" never appears in print in Doyle's original works. We have this exchange from "The Crooked Man":

“Excellent!” I cried.
“Elementary,” said he.

And six other uses of "elementary." Along with scores of "my dear Watson." But nothing that links them together—at least not in the original tales.

But when we find ourselves immersed in the wonderful world of P.G. Wodehouse — specifically the Psmith stories. In the 1915 novel Psmith, Journalist, we find this passage:
“I fancy,” said Psmith, “that this is one of those moments when it is necessary for me to unlimber my Sherlock Holmes system.  As thus.  If the rent collector had been there, it is certain, I think, that Comrade Spaghetti, or whatever you said his name was, wouldn’t have been.  That is to say, if the rent collector had called and found no money waiting for him, surely Comrade Spaghetti would have been out in the cold night instead of under his own roof-tree.  Do you follow me, Comrade Maloney?”
“That’s right,” said Billy Windsor. “Of course.”
“Elementary, my dear Watson, elementary,” murmured Psmith.

Amazing to think that P.G. Wodehouse coined the most enduring phrase for a character he didn't invent.
If you'd like to hear more about Wodehouse and Sherlock Holmes, Episode 143 of I Hear of Sherlock Everywhere features an interview with Curtis Armstrong, Elliott Milstein, and Ashley Polasek:
Over at Baker Street Elementary, it's a race to see who gets to choose a turn of phrase for the ages... 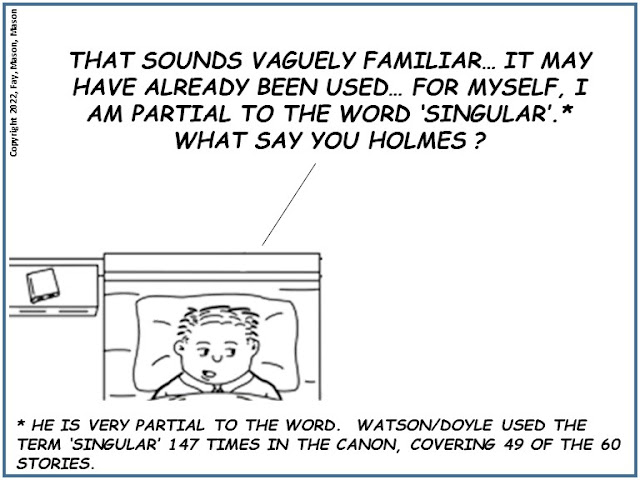 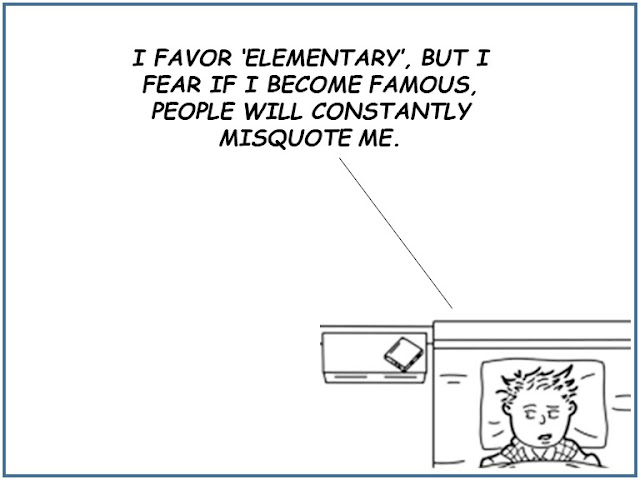