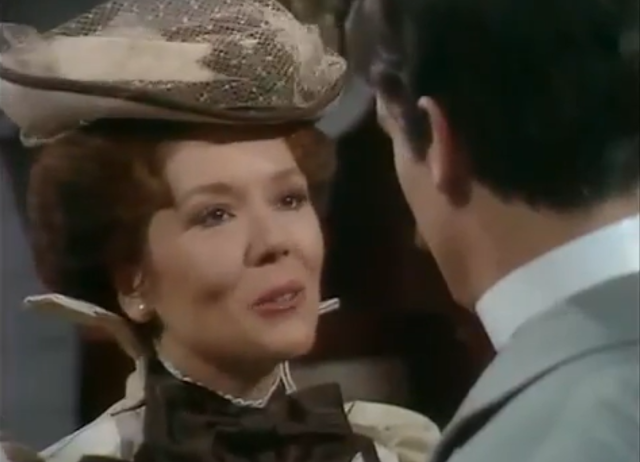 Earlier this week, Dame Diana Rigg passed away at the age of 82. She was a mainstay on the screen for five decades.

She was most famous for her early role as Emma Peel in the television series The Avengers with Patrick McNee, and would be most recognized by younger audiences in The Game of Thrones, in which she played Olenna Tyrell, matriarch of the House of Tyrell.

Rigg played Tracy Draco, the only woman to have captured James Bond's heart, in On Her Majesty's Secret Service, where the two were wed.

Her main connection to Sherlock Holmes was straightforward: she took over the hosting duties for Masterpiece MYSTERY after Vincent Price's health issues caused him to step down. You'll recall his introductions as One of the Best Features of the Jeremy Brett Series.

Diana Rigg provided introductions and conclusions for the six episodes in The Casebook of Sherlock Holmes (LADY, THOR, SHOS, BOSC, ILLU, CREE) and another six for The Memoirs of Sherlock Holmes (3GAB, DYIN, GOLD, REDC, MAZA, CARD), with feature-length episodes "The Master Blackmailer," "The Eligible Bachelor," and "The Last Vampyre" in between.

We have a YouTube playlist of a number of those remarks here:

As a bonus, we also have her introduction and conclusion to Dr. Bell and Mr. Doyle:

A surprise connection to the world of Sherlock Holmes is in an episode Affairs of the Heart, a series from 1974 that starred Diana Rigg and...Jeremy Brett: 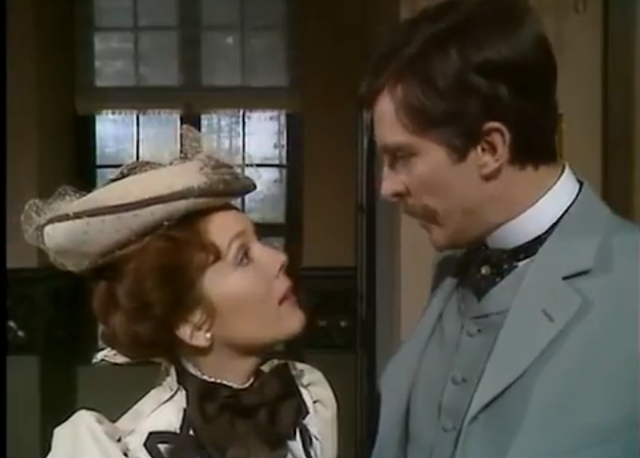 We're glad to have had Dame Diana Rigg in our world. And on one occasion, to have met her.