The Curious Case of the Sherlockian Flasher 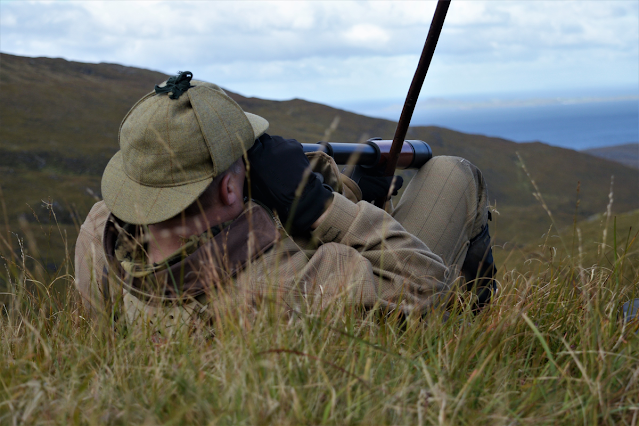 If you chose to expose yourself, would you wear any immediately identifiable item?

We'd like to think that streaking or flashing in nondescript garments would diminish the likelihood of an identification. As soon as you don a pair of red running shoes or a bright yellow slicker, there's a higher degree of certainty that you'll be caught.

That being the case, would you consider wearing a deerstalker cap while you're exposing yourself?

Because there's a serial flasher on the loose in Tunbridge Wells, Kent who is wearing "a Sherlock Holmes hat," according to officials, as reported in The Daily Star.

If Tunbridge Wells sounds familiar to you, it's the location of Groombridge Place, an inspiration for Birlstone Manor in The Valley of Fear.

For three times in the span of two days, the would-be detective determined he needed a little more exposure. "I am lost without my Boswell," as Holmes said in "A Scandal in Bohemia."

The man is described as in his 40s or 50s and with a gray beard. Hey wait a moment — our most recent podcast guest fits that description. And he regularly wears a deerstalker...

Tunbridge Wells local Simon Vickers, 51, said: "This guy is asking to be caught really—anyone wearing a deerstalker is pretty easy to spot, so hopefully he'll be tracked down before much longer."

Thinking this is a purely modern affliction, we turned to the Canon for reassurance. Alas, we found evidence that others were caught in flagrante delicto long before our Kentish suspect:

"He had gone to bathe and had stripped" [LION]

Be careful out there. And please, button up.

Thanks to David Marcum—who just happens to be that podcast guest— for the tip (of the deerstalker).