Baker Street Elementary – A Case Right Out of History 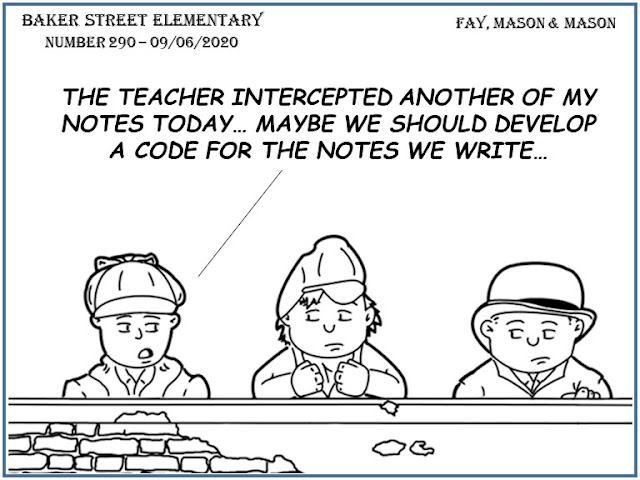 When Sherlock Holmes said "this agency stands flat-footed upon the ground" in "The Sussex Vampire," he was referring to ghosts and the other-worldly. There's no evidence he was talking about dinosaurs.
You might think the Canon is devoid of mentions of human history that pre-date the spans of crime that Sherlock Holmes studied. And yet, there are a handful of mentions of prehistoric man.
Interestingly, they all occur in stories related to the moors. Southwest England contains beautiful, rugged, and primordial landscapes that are very much the same today as they must have been thousands of years ago. Landscapes that saw our human ancestors struggling for survival.
Two such stories take us to the moor: The Hound of the Baskervilles and "The Devil's Foot." Both use the moor as a gothic setting to give us a sense of the supernatural: in one case a spectral hound from hell; in the other, mysterious deaths in a "devil-ridden" parish.
In the first, Watson observes stone circles and wonders what they were. Stapleton informs him they were "the homes of our worthy ancestors. Prehistoric man lived thickly on the moor."
Watson paints a wonderful image for us, based on his observations and reflections of the remnants of previous inhabitants of the moor:

"When you are once out upon its bosom you have left all traces of modern England behind you, but on the other hand you are conscious everywhere of the homes and the work of the prehistoric people. On all sides of you as you walk are the houses of these forgotten folk, with their graves and the huge monoliths which are supposed to have marked their temples. As you look at their gray stone huts against the scarred hill-sides you leave your own age behind you, and if you were to see a skin-clad, hairy man crawl out from the low door fitting a flint-tipped arrow on to the string of his bow, you would feel that his presence there was more natural than your own. The strange thing is that they should have lived so thickly on what must always have been most unfruitful soil. I am no antiquarian, but I could imagine that they were some unwarlike and harried race who were forced to accept that which none other would occupy."

In "The Devil's Foot," we see the duo as far west as Cornwall, on the coast of Southwest England. The landscape is much the same as they explore it, yet Watson's assumptions about the people turn more violent than his initial take in The Hound of the Baskervilles.

"In every direction upon these moors there were traces of some vanished race which had passed utterly away, and left as it sole record strange monuments of stone, irregular mounds which contained the burned ashes of the dead, and curious earthworks which hinted at prehistoric strife. The glamour and mystery of the place, with its sinister atmosphere of forgotten nations, appealed to the imagination of my friend, and he spent much of his time in long walks and solitary meditations upon the moor."

While man has always had a predilection for violence among his own species, he never had a chance to do battle with prehistoric ancestors that went even farther back in the epochal timeline. Namely, dinosaurs.
That is, until Sir Arthur Conan Doyle's The Lost World came along. And later, Michael Crichton's Jurassic Park, which was dedicated to Conan Doyle. Or that time that Sherlock Holmes battled a T-Rex.
What?
Yes, that's right. One of the all-time campy favorites of devotees of the entertainment mockbuster powerhouse Asylum Studios (click for our previous commentary on them) is Sherlock Holmes, where Victorian London was the setting for a dinosaur. 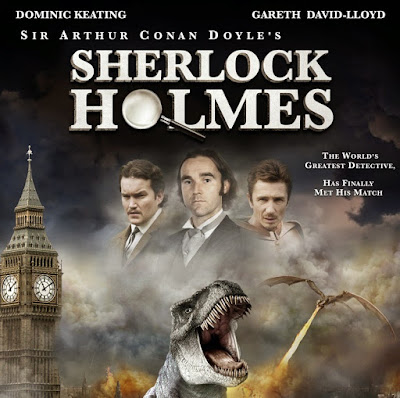 We'll leave the rest to your imagination (or your Amazon purchase) and head over to a gay old time at Baker Street Elementary... 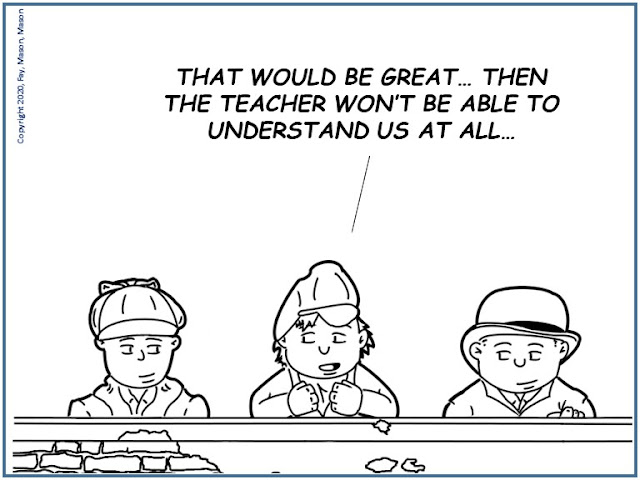 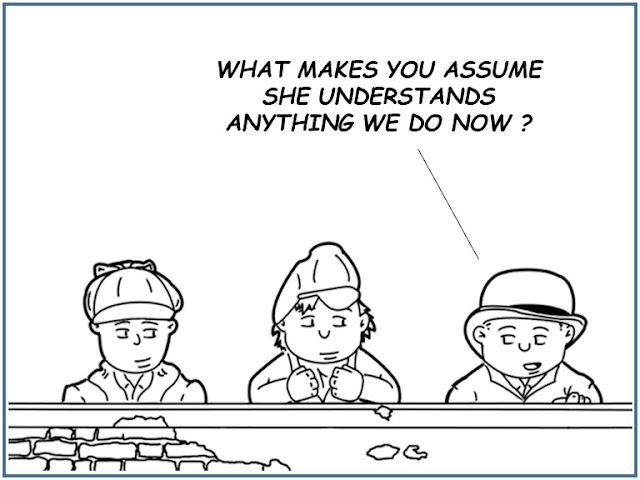 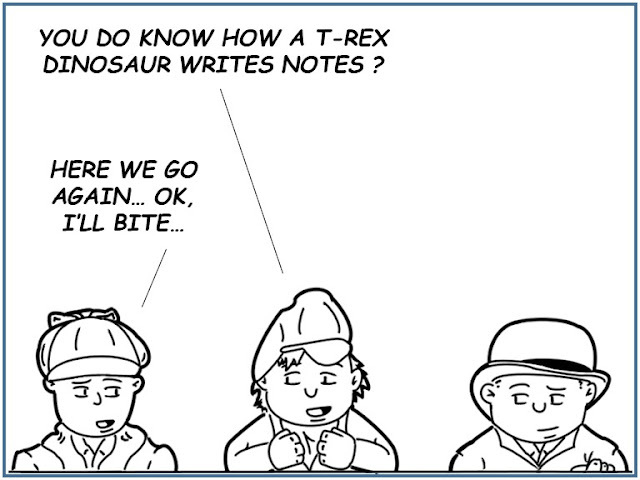 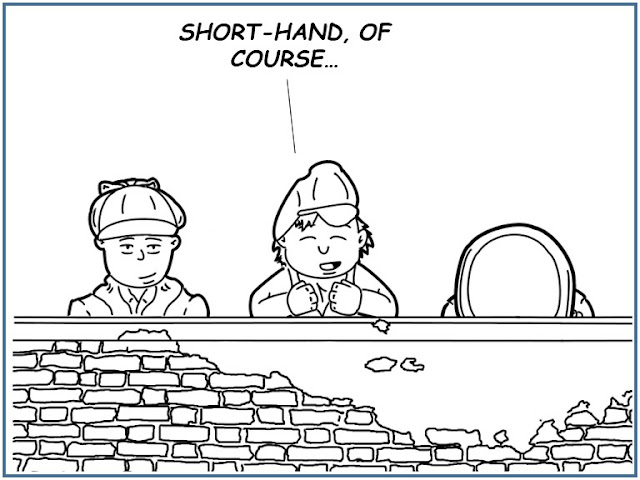