Get The Great Game of Sherlock Holmes 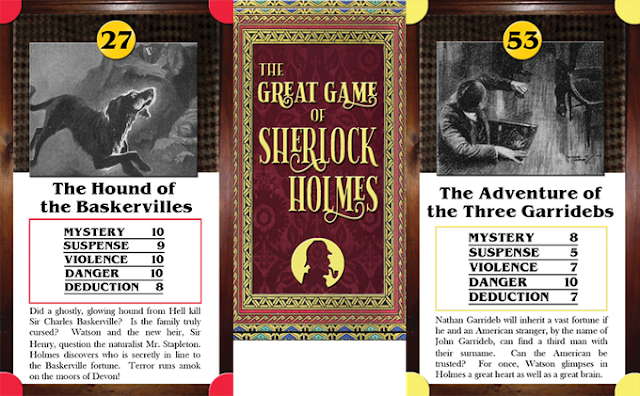 With the wild success of a recent Kickstarter to fund the game The Original Sherlock Holmes and His Baker Street Irregulars (more than $42,000 was raised on a goal of $5,221 from nearly 1,000 backers) and the new Jeremy Brett biography, this seems to be a fine time to launch Sherlockian projects on the platform.
One such effort by Belanger Books, a team made up of brothers Brian and Derrick Belanger (a name familiar to regular visitors to this site, as he's been a contributor) is The Great Game of Sherlock Holmes, an easy to learn, fast-paced and fun card game.
Each card covers one story and features a vintage illustration originally published in the Strand Magazine. There's a brief synopsis of each crime-cracking chronicle which will jog the memories of lifelong Sherlockians, or provide an exciting first dip into Holmes's adventures for newcomers. Watch an overview here:
In addition to the game itself, backers will also receive a copy of The Great Game of Sherlock Holmes Fun Facts and Puzzle Magazine.
Like The Great Game of Sherlock Holmes, the Fun Facts and Puzzle Magazine covers many of the classic cases in the Sherlockian canon. Word finds, mazes, crossword puzzles and other mental challenges abound to excite and entertain the most diligent detectives. 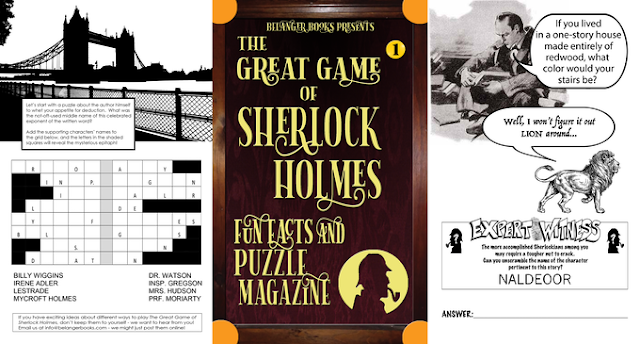 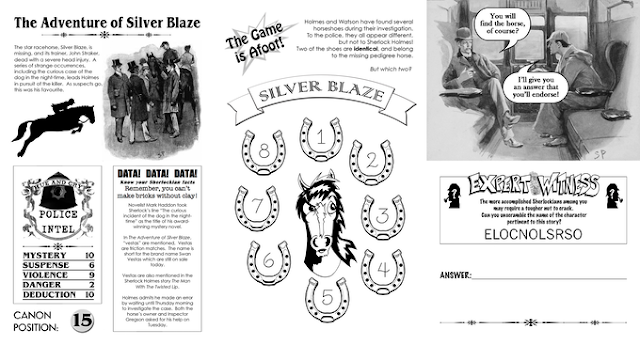 It's a great way to involve children and get their clue-seeking minds turned onto brain teasers.
The funding goal for this project is $4,000 and it's currently 77 percent backed. What a great opportunity to see this project through to its conclusion and pick up what could be a fun and unique gift that will be delivered in time for the holidays.
Act quickly: there are just three weeks until this project closes. It will only be released to the world if it has enough backers to make it happen. And if the project reaches $5,000 in pledges, the stretch goal will be released: a game of Thrust, Trip, Distract: a Reichenbach Falls version of Rock, Paper, Scissors.
Will you join the fun and sign up for a copy of the The Great Game of Sherlock Holmes? Just click the link to learn more.
The game's afoot!
--
8/11/2020 02:21:00 PM
blog, fun, games, gifts, kids