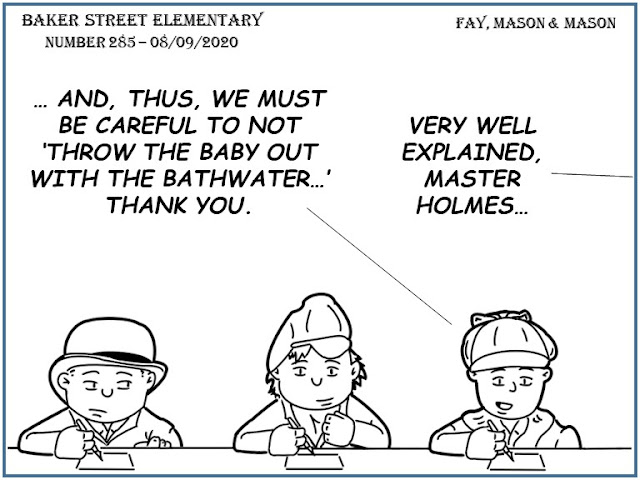 One of the scenes in the Canon that has always confounded us in when Watson found the hut in which the "man on the tor" was hiding (spoiler alert: he discovered that the man was Sherlock Holmes).
Watson thought the place was abandoned, but soon found evidence to the contrary:

"But there were ample signs that I had not come upon a false scent. This was certainly where the man lived. Some blankets rolled in a waterproof lay upon that very stone slab upon which Neolithic man had once slumbered. The ashes of a fire were heaped in a rude grate. Beside it lay some cooking utensils and a bucket half-full of water. A litter of empty tins showed that the place had been occupied for some time, and I saw, as my eyes became accustomed to the checkered light, a pannikin and a half-full bottle of spirits standing in the corner. In the middle of the hut a flat stone served the purpose of a table, and upon this stood a small cloth bundle—the same, no doubt, which I had seen through the telescope upon the shoulder of the boy. It contained a loaf of bread, a tinned tongue, and two tins of preserved peaches."

When Holmes arrived (much to Watson's surprise), the doctor observed:

"He was thin and worn, but clear and alert, his keen face bronzed by the sun and roughened by the wind. In his tweed suit and cloth cap he looked like any other tourist upon the moor, and he had contrived, with that cat-like love of personal cleanliness which was one of his characteristics, that his chin should be as smooth and his linen as perfect as if he were in Baker Street."

And herein lies our question about how Holmes was able to affect such a pristine appearance in the wilderness of Dartmoor, set up as he was in a stone hut. Being clean-shaven in such a situation is not difficult to achieve, but but the linen always puzzled us. He mentioned Cartwright as supplying him with "a loaf of bread and a clean collar," but wouldn't there be more to his appearance than a clean collar? Perhaps having a clean-shaven face framed by a clean collar was enough to throw Watson off the scent.
Then again, Holmes called the hut his "occasional retreat." Was there another place on the moor where he had a hideout? Perhaps he surreptitiously rented a room in Coombe Tracey. Or ingratiated himself with Laura Lyons.
Down at Baker Street Elementary, there's one student whom we know was not interested in such trifles... 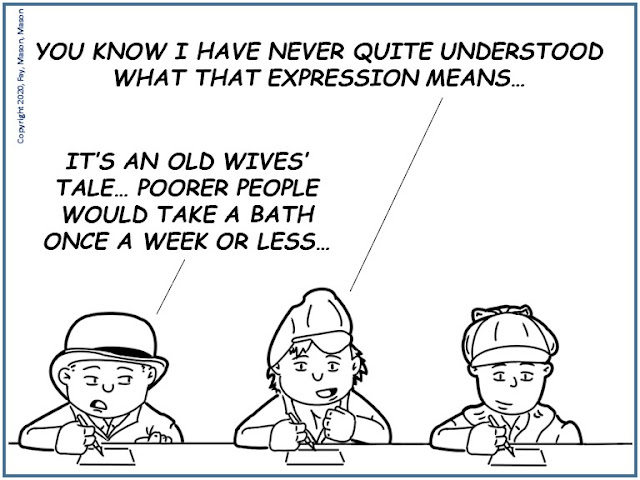 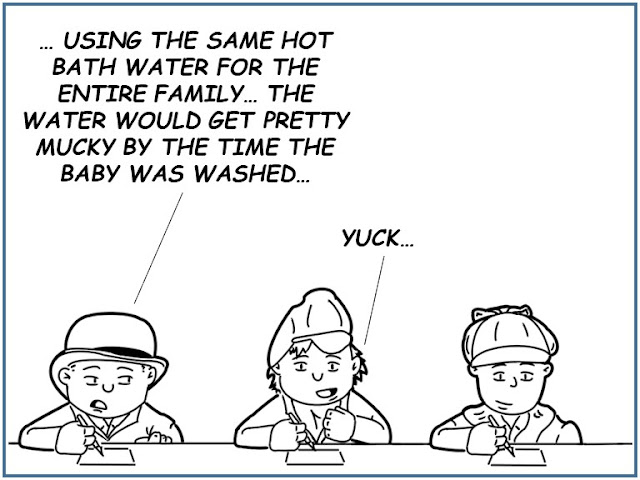 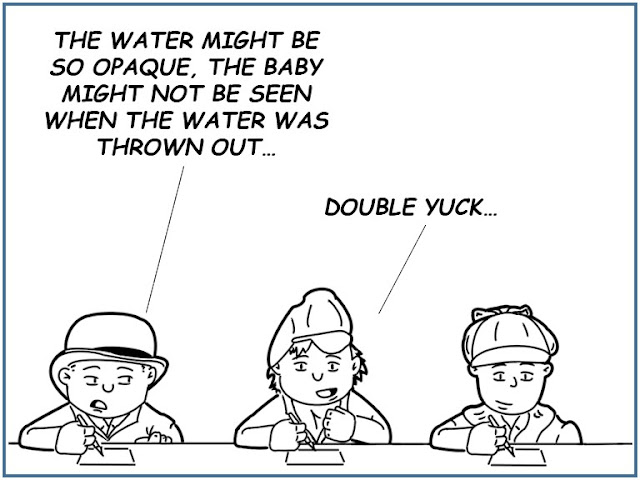 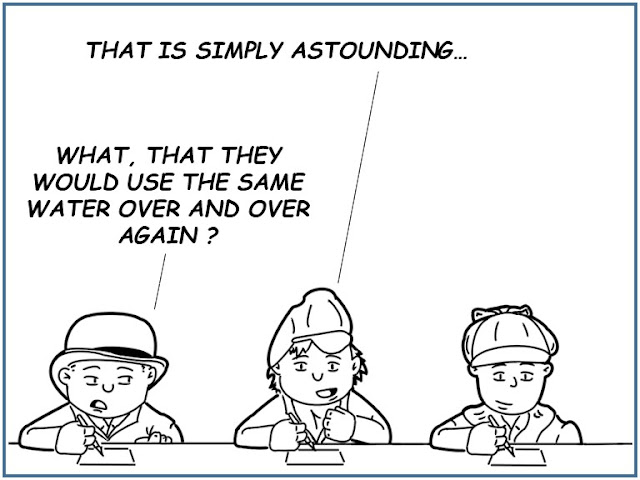 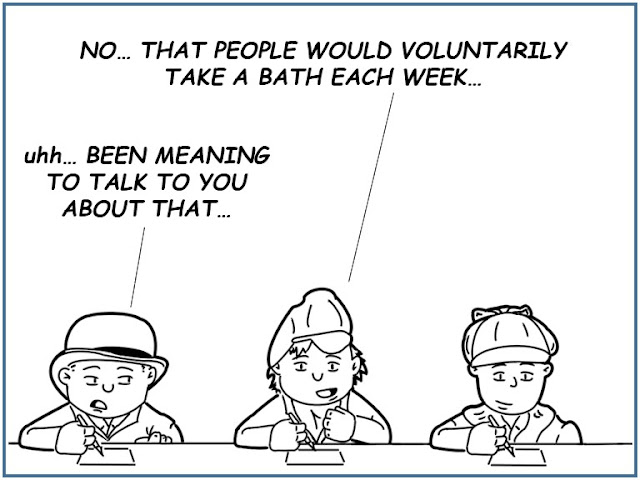