"Male costume is nothing new to me" [SCAN]

One of the early and surprising elements of the Sherlock Holmes Canon is when Irene Adler, dressed as a man, confirmed her suspicions after Sherlock Holmes invaded her home, walking by 221B Baker Street and saying, "Good night, Mr. Sherlock Holmes."

She later explained in her letter that she disguised herself as a man in order to ascertain that. But interestingly, she also added, "I often take advantage of the freedom which it gives."

Irene Adler came from a theatrical background, having retired from the stage. So she must have seen her fair share of men dressed as women, in the Shakespearean tradition, where men played female roles for the first few hundred years of performances. But what about the other way around – women taking on male roles? It would seem almost unheard of in Victorian times.

Ellen Terry, a leading Shakespearean actress in the late Victorian / early Edwardian period, wrote that a debt was owed to Shakespeare "for his vindication of women in [his] fearless, high-spirited, resolute and intelligent heroines." Terry should know. as she played the cross-dressing Portia in The Merchant of Venice as early as 1875. And let's not forget the legendary Sarah Bernhardt, who played the title role in Hamlet in 1899.

Similarly, the boys at Baker Street Elementary decide it's time to broaden their theatrical casting... 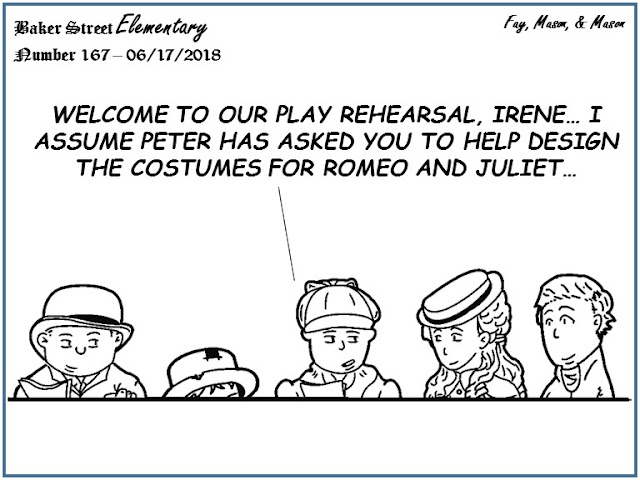 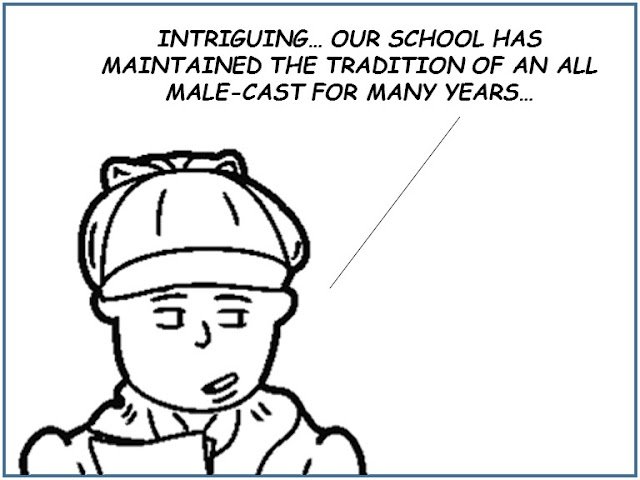 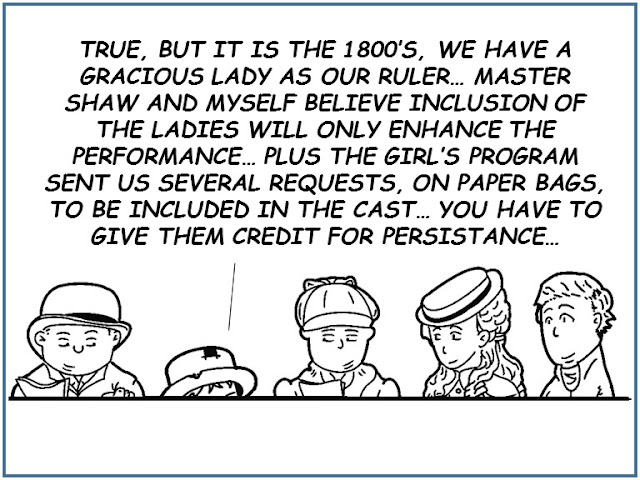 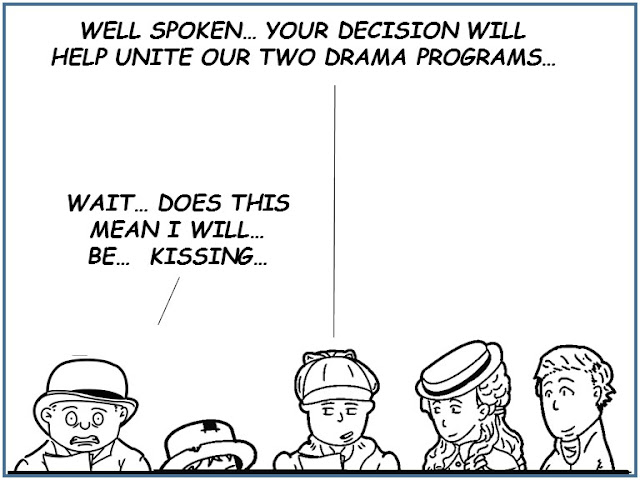 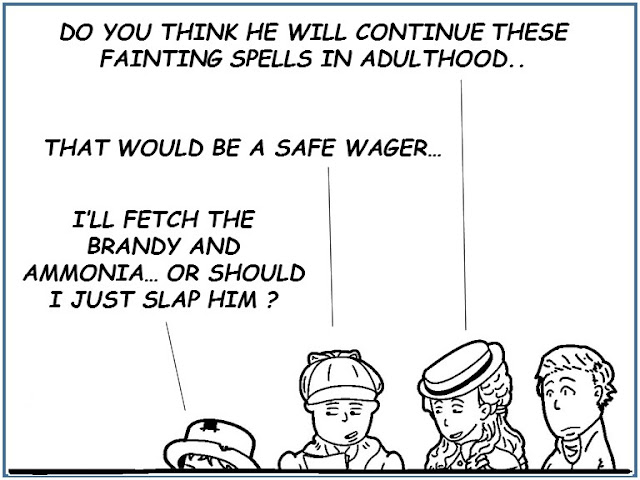