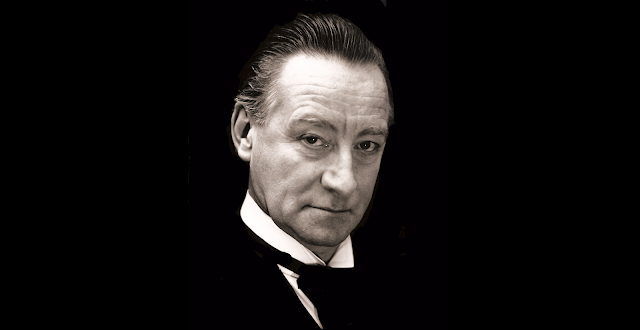 We're sad to report that actor Roger Llewellyn has passed away on April 17. We don't have details on his death, other than reports on Twitter that emerged last week.

To Sherlockians, Llewellyn was best known for his work in the one-may plays Sherlock Holmes: The Last Act (1999-2014) and Sherlock Holmes: The Death and Life (2014), both written by David Stuart Davies, BSI ("Sir Ralph Musgrave"). According to Davies' website, the former premiered at Salisbury Playhouse in 1999 and won an award at the Edinburgh Festival that same year. The latter was commissioned by Llewellyn and opened at the Yvonne Arnaud Theatre in Guildford.

A summary of Sherlock Holmes: The Last Act:

It is 1916 and Sherlock Holmes has returned to his rooms in Baker Street after attending the funeral of his long time associate, Dr John H Watson. Holmes reflects on the old days and comes to realize that not only was there so much that he had shared with Watson in his lifetime but also there was so much that he had not revealed to him: things he had kept hidden, including his deep affection for his friend. Imagining that Watson is present, Holmes addresses this failing and touches on aspects of past cases and the various characters he encountered during his investigations, including ‘The Woman’ Irene Adler and of course Professor Moriarty.

As Holmes delves deeper into the darker aspects of his own history, he reveals a shocking secret. Realizing now how lonely and isolated he is without his old comrade, and adrift in a new modern and war-ravaged age, he comes to wonder whether, like Watson, he too has come to the end of his time…


We had a chance to see Llewellyn in this role in a theater in New York City during a BSI Weekend some 15 or so years ago. And you can get a sense of what his approach was like, thanks to a YouTube video capturing some of Sherlock Holmes and the Last Act:

Audio performances of The Last Act and The Death and Life are available from Big Finish. In The Sherlock Holmes Miscellany, Roger Johnson, BSI ("Pall Mall Gazette") and Jean Upton, BSI ("Elsie Cubitt") wrote: "Thanks to Llewellyn's superb performances, Davies's inspired scripts, and to the careful supervision of Nicholas Briggs, these are productions to treasure." 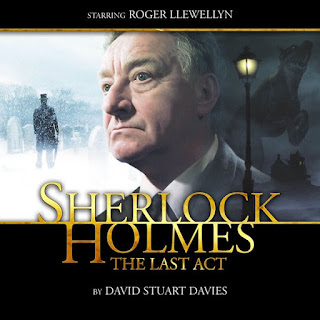 Did you ever have the chance to see Roger Llewellyn perform? Please leave a comment below to share your thoughts.