"within an hour there arrived a confectioner's man" [NOBL] 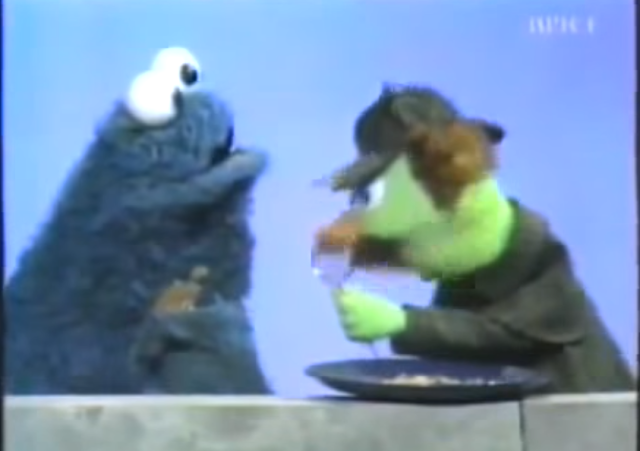 While raiding the cookie jar in our butler's pantry (don't worry, we don't have a butler), our thoughts turned to the Sherlock Holmes stories. Having completed an interview with Al and Julie Rosenblatt for I Hear of Sherlock Everywhere (Episode 103), we yearned for more feasts pro corpore, as their wonderful CIA dinners made possible.

But it also struck us as an opportunity for a feast pro mente. That is, a little cerebral exercise around a food topic in the Canon.

Julie indicated that the foods mentioned in the Sherlock Holmes stories are very few. And they typically confine themselves to more of the main courses; there's very little mention of anything that would do in the way of a dessert. Sherlock Holmes had "two tins of preserved peaches" with him in his stone hut hideout in The Hound of the Baskervilles, but that's hardly an epicurean feast for a final course following the loaf of bread and tinned tongue that accompanied them.

The only mention we could find of something sweet in the way of a dessert treat was biscuits, and only in three stories:

While Americans may see the word biscuit and immediately think of the quick baked bread variety — breakfast entrees such as biscuits and gravy or breakfast sandwiches like sausage, egg and biscuits come to mind — the British use of the word biscuit is something very different indeed.

According to Wikipedia, in the Commonwealth, biscuits "may be hard, and may be savoury or sweet, such as chocolate biscuits, digestives, hobnobs, ginger nuts, rich tea, bourbons and custard creams."

With such a wide variety, let's take a deeper look at the meaning behind the three biscuits mentioned in the Canon.

The "biscuits" that were given to the boatload of convicts and non-mutinous crew were certainly not digestives or custard creams. In fact, they really didn't fall into the category of confectioneries at all.

What the rag-tag group of sea urchins received was a ration of sea biscuits, or, as it's more commonly known, hardtack. Because there were precious few perishable goods that are available for long-range transport, sailors would make due with hardtack, a simple type of biscuit or cracker, made from flour, water, and sometimes salt. It was inexpensive and long-lasting, it was and is used for sustenance during long sea voyages, land migrations, and military campaigns.

Egyptian sailors and Roman soldiers carried a form of hard grain-based loaf with them. And In 1588, the daily allowance on board a Royal Navy ship was one pound of biscuits plus one gallon of beer. According to the Royal Navy Museum,


"Royal Navy hardtack during Queen Victoria's reign was made by machine at the Royal Clarence Victualing Yard at Gosport, Hampshire, stamped with the Queen's mark and the number of the oven in which it was baked. Biscuits remained an important part of the Royal Navy sailor’s diet until the introduction of canned foods; canned meat was first marketed in 1814, and preserved beef in tins was officially introduced to the Royal Navy rations in 1847."

So, no one who escaped the Gloria Scott was chowing down on sweets during the remainder of their voyage.

'B' is for Biscuit, That's Good Enough for Me

When a scholar so learned in Horace faints in one's sitting room and awakes, one doesn't expect his request to be milk and cookies. Unless...

By that time, Holmes and Watson had already made observations about their unannounced guest's appearance:


"...so large, so pompous, and so dignified that he was the very embodiment of self-possession and solidity...whence he slipped down upon the floor, and there was that majestic figure prostrate and insensible upon our bearskin hearthrug."

Given that Dr. Huxtable turned out to be the founder and principal of the Priory School, "the best and most select preparatory school in England," he was necessarily in the company of the boys under his charge. And we all know that boys enjoy milk and cookies. Further, given his rather generous figure, it's not too much of a stretch to imagine that Dr. Huxtable enjoyed the sweet treats along with them. Hence, his seemingly unorthodox refreshment request becomes quite elementary when we begin to connect the threads.

So we have the Cookie Monster of Baker Street, who takes up with another furry being upon entering — the bearskin hearthrug.

DYIN for Some Food

Here we have the most puzzling one in the collection of biscuit mentions. When Holmes revealed his ruse to Inspector Morton (and to Watson, whom he had forgotten behind the headboard), his first request was red wine (claret) and some biscuits.

Sherlock Holmes indicated that he had undergone "three days of absolute fast" during which he pretended to be dying and applied belladonna, beeswax and rouge to heighten the effect of his supposed wasting away.

A biscuit would certainly have been a natural quick-fix of sugar and grain to boost Holmes's energy. But the selection of claret over milk? We have to question that. Typically, biscuits are served with sherry, a fortified wine. A sweet snack is the perfect complement to a fortified wine such as port or sherry. But claret is the British term for Bordeaux wine, and although some wine produced in Bordeaux can be sweet white wine (Sauterne), a claret is typically a red.

Why would Holmes ask for red wine with his biscuits? One theory is that he was still suffering from a bit of delirium and misspoke (or Watson misheard him), asking for a claret rather than a sherry. But another is that he simply was no connoisseur of sweet treats like the good Dr. Huxtable. The real Cookie Monster of Baker Street is simply a visitor, not a resident.