When it comes to teaching and learning, one of the first methods adopted by the western world, thanks largely to Aristotle, was rhetoric. Simply put, it is the art of discourse in which an individual seeks to inform, motivate or persuade an audience.

Rhetoric is the realm of the expert, the lawyer, or the public speaker. It is designed more toward lecturing rather than interaction. Which is why a rhetorical question typically requires no answer. Early practitioners of rhetoric included Cicero, who as a Roman lawyer, senator and consul was one of the all-time great public speakers. His mantra was "If you wish to persuade me, you must think my thoughts, feel my feelings and speak my words." He was a masterful rhetorician.

Often times, we've witnessed Sherlock Holmes carrying on in this manner. Indeed, in "The Adventure of the Dancing Men," Watson relates this scene:


“You see, my dear Watson”—he propped his test tube in the rack and began to lecture with the air of a professor addressing his class—“it is not really difficult to construct a series of inferences, each dependent upon its predecessor and each simple in itself.

Holmes himself viewed his work as being the perfect subject matter for teaching, as he scolded Watson in "The Copper Beeches":


"Crime is common. Logic is rare. Therefore it is upon the logic rather than upon the crime that you should dwell. You have degraded what should have been a course of lectures into a series of tales.”


And it isn't only Watson who is subject to the lectures. Holmes was only too glad to sit down and tell Scotland Yard exactly what they were missing. Athelney Jones recalled him thusly in The Sign of Four:


“It’s Mr. Sherlock Holmes, the theorist. Remember you! I’ll never forget how you lectured us all on causes and inferences and effects in the Bishopgate jewel case."


But on occasion, it went beyond pure rhetoric as Sherlock Holmes allowed for question and answer time. While this isn't purely the Socratic method—because his questioners are merely looking for answers rather than engaging in debate or trying to disprove him—it does give Holmes's audience an opportunity to ask him questions.

For example, in "The Adventure of the Norwood Builder," Inspector Lestrade suddenly realized that he might not have all of the answers when it came to the disappearance of Jonas Oldacre:


“Wonderful!” said Lestrade. “Wonderful! It’s all as clear as crystal, as you put it. But what is the object of this deep deception, Mr. Holmes?” It was amusing to me to see how the detective’s overbearing manner had changed suddenly to that of a child asking questions of its teacher.

Probably even more stark is the final scene in Part 1 of A Study in Scarlet, when Sherlock Holmes, seemingly out of nothing, conjures up the murder, introduces him to Watson, Gregson, and Lestrade, and the accused leaps partially through the window of the sitting room of 221B Baker Street. Then Holmes says:


“And now, gentlemen, we have reached the end of our little mystery. You are very welcome to put any questions that you like to me now, and there is no danger that I will refuse to answer them.”

So once again, the expert sits at the front of the classroom, ready to inform and dazzle his students. One could only wish for such a conclusion at Baker Street Elementary... 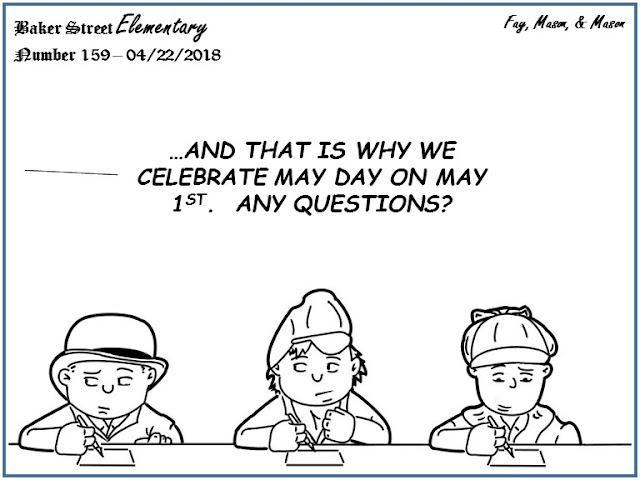 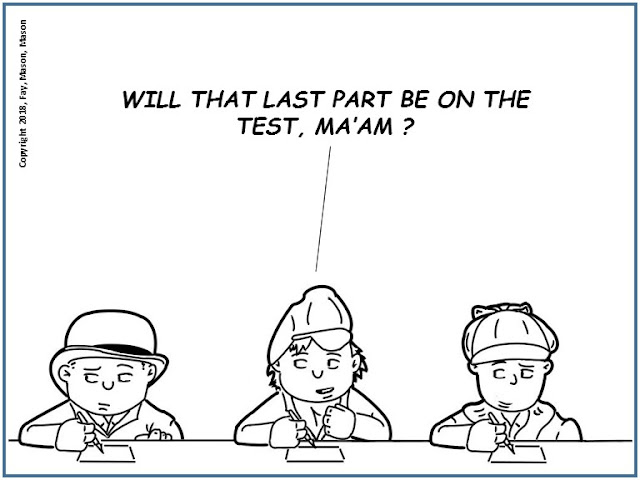 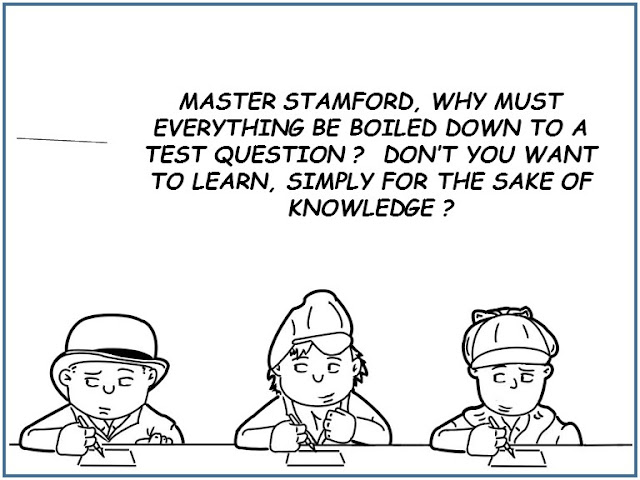 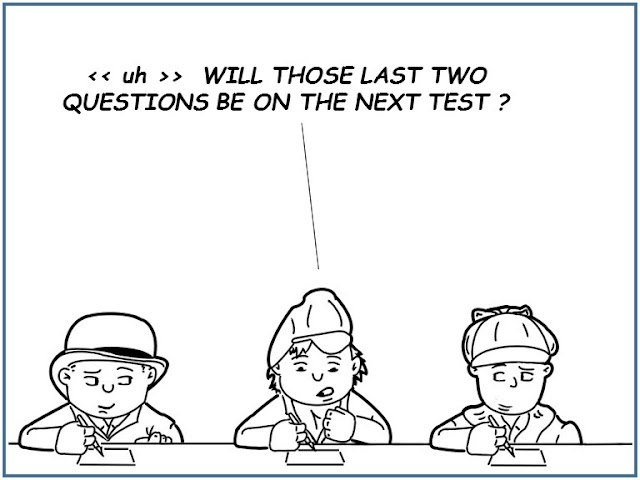