Today is a banner day for our friends behind Baker Street Elementary. This marks their 100th strip since beginning the project two years ago.

To celebrate the occasion, along with posting the 100th strip, we have a brief history from Joe Fay and Steve Mason, two of the creators of Baker Street Elementary.

Three Sheets to Baker Street and Straight on 'Til Morning

by Joe Fay and Steve Mason

Deep into the night, on a Thursday morning about 4:00 a.m., during the Baker Street Irregulars Weekend 2014, the grade school world of Holmes and Watson came to life inside a cramped room at the Roosevelt Hotel. Joe was slightly inebriated. OK, he was feeling no pain. He had just thrown down about a dozen pints at O’Lunney’s with Don Hobbs and that crew. Steve was impressed Joe was still functioning and alert. For those who’ve been there, we salute you.

And we had just inhaled two outsized slices of corner-shop pizza (open 24 hours). We were rooming together because New York City is expensive for two regular ol' Texas boys.

Joe had been thinking about a certain concept for a while. He knew Holmes and Watson could present well as a three-panel comic strip arranged basically like this: intro / punchline / smartass remark. Joe had played around on Strip Creator for years, and had much more fun with creating comic strips than he ever thought possible before.

Joe had also always wanted to explore the lives of Holmes and Watson as kids. Growing up, both of us had an unusual attachment to Young Sherlock Holmes. The idea of the boy-genius-becomes-eccentric-genius-detective was always intriguing. He also knew the bully had to be Moriarty. And Mrs. Hudson to be the lunch lady.

But Joe was stuck. That’s really all he had. “I wanted to start a simple comic strip with Holmes and Watson in elementary school.Elementary school,” I thought. “Holmes, Watson, ELEMENTARY school! It was just too good to be true, right?”

So Joe gave the idea a moniker: Elementary Elementary.

“I thought it was clever at the time. But it turned out to be one of those titles that seemed like a good idea at the time, and ultimately just wasn’t.”

But as far as we knew, and still know, there hadn’t been a comic strip to explore the Deductive Duo in grade school (and if we’re wrong,we expect to hear about it any minute now).

Joe decided to bring the idea up to Steve that night while we lay in separate beds (just thought that should be clarified, not that there is anything wrong…) And as soon as the words were out of Joe’s mouth, Steve, jumped on the idea like Holmes on a coke vial. Steve suggested characters, scenarios, compositions, and so on. Lestrade and Gregson would be the hall monitors. Irene would be the red-headed girl on the playground with whom the great boy detective was smitten, Conan Doyle would be included, and of course, Stamford would be the loveable character that never quite gets it straight. And so on.

Steve suggested “It’s Elementary, Sherlock,” as a working title, but once Joe came up with “Baker Street Elementary,” we both agreed that was the perfect title.

We quickly realized neither of us could draw, though. And drawing is kind of important for a comic strip.

“Not to fear,” Steve said, “I have a son for that.” His name is Rusty. And Rusty Mason became the artist, and now creative partner in the strip.

We all decided against detailed backgrounds and long narratives. Instead, we would focus on the dialogue and expressions of the characters, following the example set by the great Charles Schultz.

So we volleyed ideas back and forth (almost all of the strips would be set at an outdoor stone wall overlooking the playground, or in the classroom), until we both passed out that night, and Baker Street Elementary was born. Now, we’re 100 installments into the game,with Rusty doing the illustrations, and all of us writing the scripts.

So many good ideas come to lubricated Sherlockians during BSI Weekend. Thank goodness that Joe had the wonderful original idea, that Steve is a teetotaler, that Joe mentioned the little idea to Steve, and that Baker Street Elementary made it home. 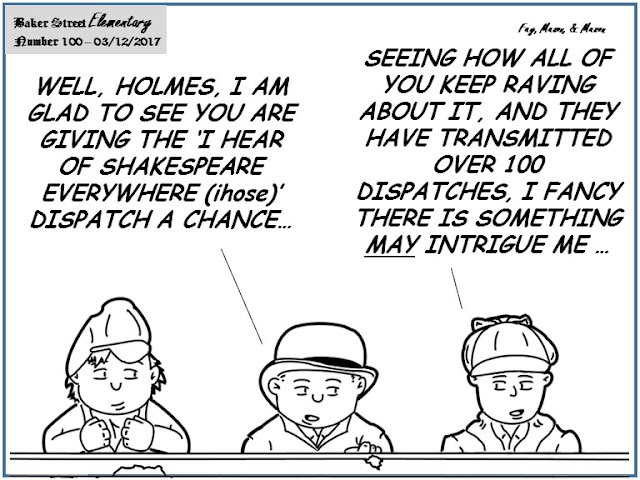 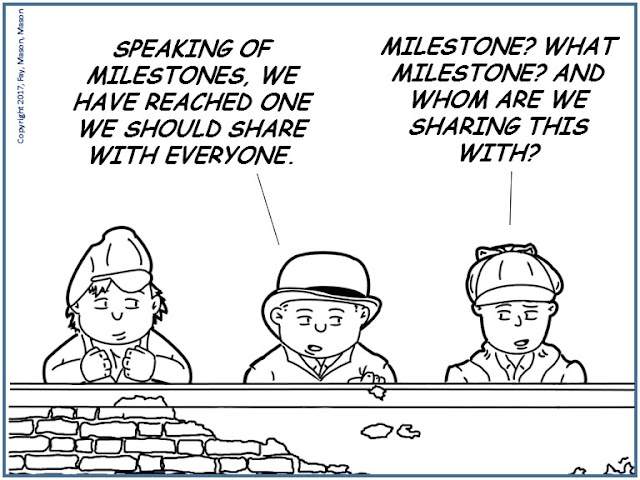 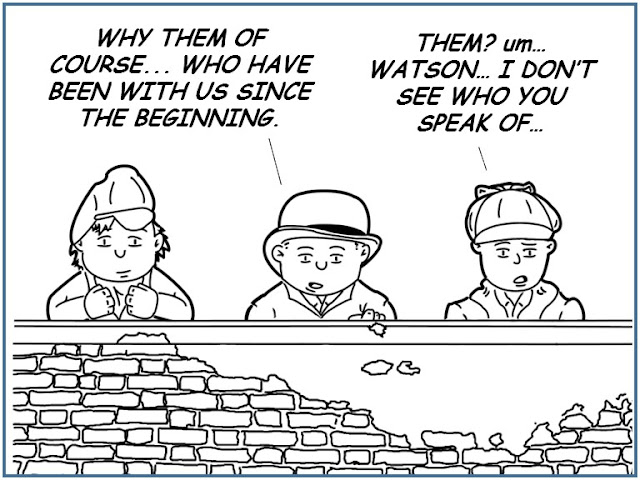 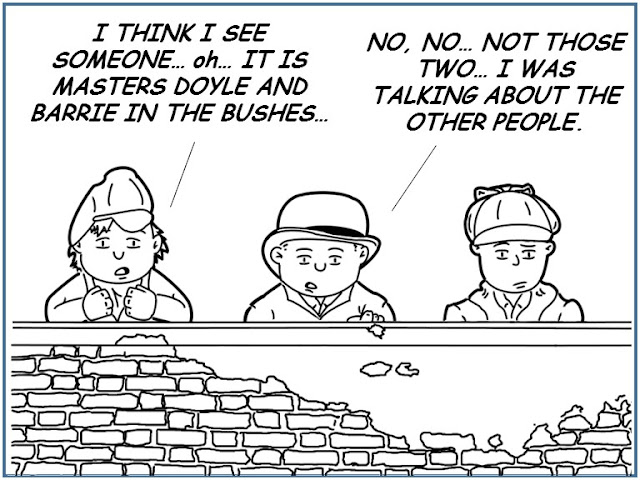 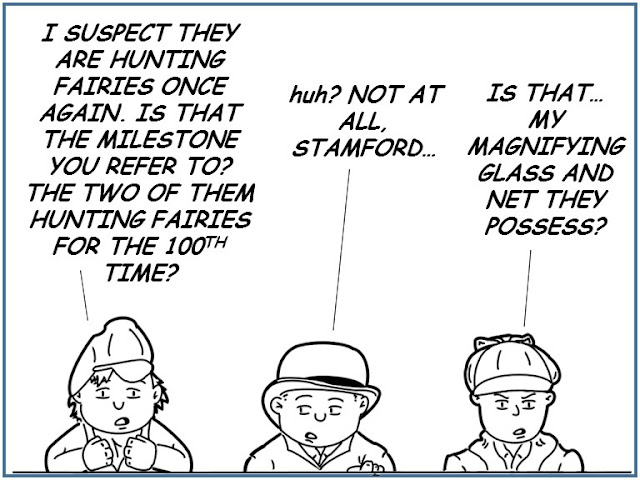 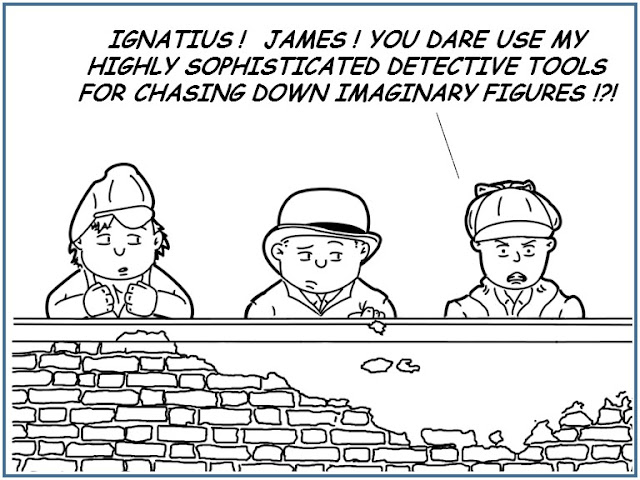 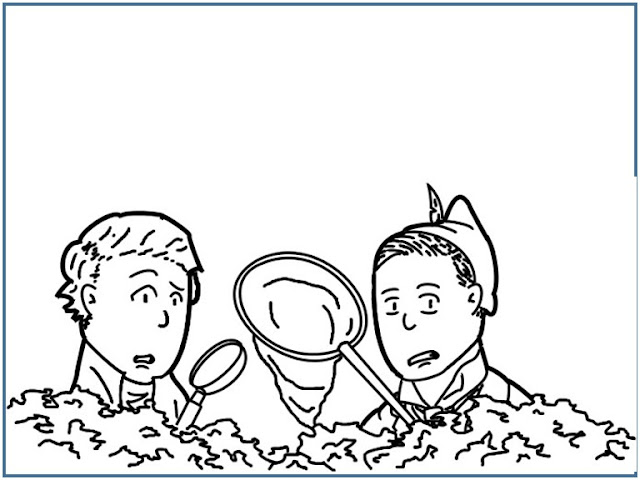 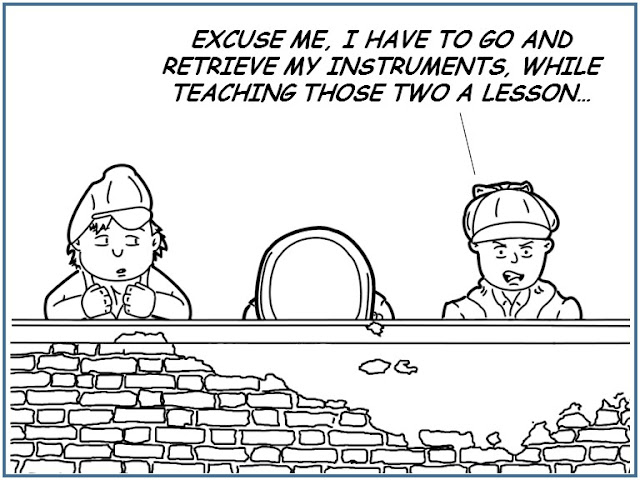 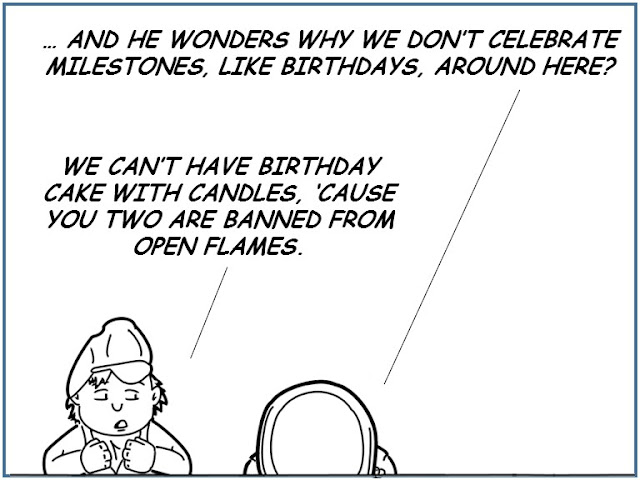