Smart Women Don't Have To Be Evil

"She was as good as she was beautiful, and as intelligent as she was good." [MISS]

One of the things I love most about BBC's Sherlock is that it has featured some of the most fascinating female characters I have seen on television. You have Mrs. Hudson, the matron of Baker Street, you have Mary, you have Molly, whom I featured in my last post, Eurus, who came on the scene rather suddenly, and of course you have, well, the Woman. There is a problem, though. The smarter the woman on Sherlock, the more likely it is that she has, at best, a checkered past. Maybe more like a crazy quilt past and a checkered present. 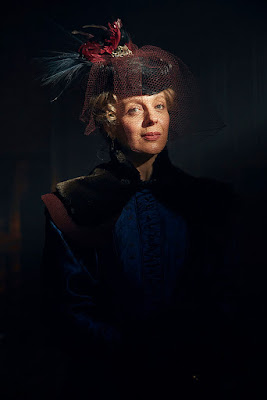 Irene Adler is a fascinating female character because she uniquely combines femininity and sexuality with power. This is something many writers, of books and of visual drama, tend to avoid, because, well, that's just too much! Given her uniqueness, the writers could have framed Irene Adler to be a force for good, and it would not have weakened her character in the slightest. With the royal family and other top names at her beck and call, Irene Adler could have used her power to bring warring factions to a peace summit if she had wanted.

Instead, the writers made the Woman manipulative, weak, devious, and generally a sour character. While I suppose her infatuation with Sherlock is meant to show her complexity, the fact remains that she is one of the few characters in the show who is able to match wits with Sherlock, and she even beats him. Why must she come across as a villain rather than a hero?

The same sad truth applies to Eurus. The idea of a Holmes sibling even smarter than Sherlock and Mycroft was exciting, but it seems that in this world, the more brilliant a woman is, the more psychotic she must be. In fairness, Sherlock certainly represents a parallel between genius and psychosis, but John is his foil, and as such is very smart but not as manipulative and devilish. Eurus is supposed to be the most brilliant character in the Sherlock universe, but she also proves to be the most disruptive and evil. The writers easily could have had her cast away in a convent instead of a top secret asylum. She could have used her mind control powers for good, or she could have separated herself from her brothers in the interest of being kinder to humanity.

Finally, there is Mary. While I would not say that she is a genius in the same way as the Woman, and certainly not in the same way as Eurus, she is another woman who can meet Sherlock where he is on his mental plane. She can also confidently call John and Sherlock on their crap. Yet when push comes to shove, even Mary proves to have a dark and shadowy past, complete with a fake identity and mad ninja skills. She is smart, powerful, clever, and more, but in the end she just proves to be another woman with personality issues.

"I never make exceptions. An exception disproves the rule." [SIGN]

In fact, there are two notable exceptions to this theme of smart women having no choice but to be evil. Molly Hooper must be smart since she works as a medical scientist, but she is presented as being slightly flighty, awkward, unsure of herself, and naive. This is as disappointing as the smart women who must be evil in order to show off their knowledge. It would be wonderful to see Molly rattle off some of her knowledge to shut up John or Sherlock. You get the feeling that she is brilliant, but for some reason the writers do not let her present that way. 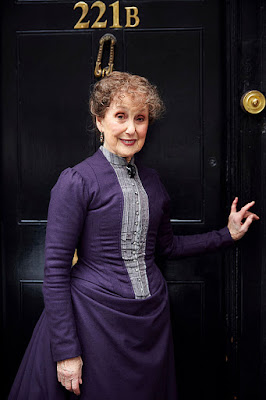 The other exception is Mrs. Hudson, who seems likewise to be somewhat flighty and perhaps ignorant of her surroundings, yet she falls more into the miscreant category with her gangster husband and her sordid history. The car introduced at the end of the last series seemed unnecessary, and I am still not really sure what the writers were trying to prove or suggest with that scene. Does Mrs. Hudson need to be "racy" in order to be an interesting female character?

I would love for the writers of Sherlock to give us a female character who is smart, clever, maybe a little weird, but who is able to match John and Sherlock's wits without being a murderous lunatic. Is that so much to ask?