Review — An Improbable Truth: The Paranormal Adventures of Sherlock Holmes

"It seems most improbable" [BRUC] 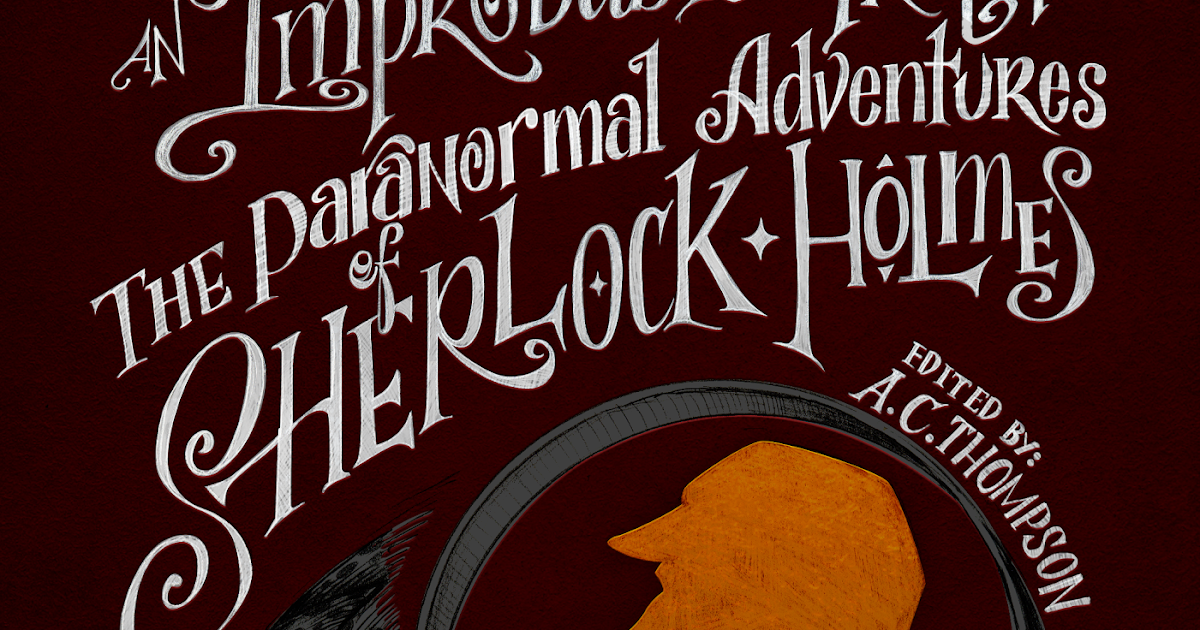 Holmes and the paranormal may at first seem a bridge too far. The rational detective always found a solution to his mysteries grounded in the real world, and as he famously stated in "The Sussex Vampire" when faced with a possible case of vampirism, "No ghosts need apply."

Yet below the surface of some of Doyle's work, one can see some cases with not so logical conclusions. Take, for example, these unfinished tales mentioned in "The Problem of Thor Bridge":


"Among these unfinished tales is that of Mr. James Phillimore, who, stepping back into his own house to get his umbrella, was never more seen in this world. No less remarkable is that of the cutter Alicia, which sailed one spring morning into a small patch of mist from where she never again emerged, nor was anything further ever heard of herself and her crew. A third case worthy of note is that of Isadora Persano, the well-known journalist and duellist, who was found stark staring mad with a match box in front of him which contained a remarkable worm said to be unknown to science."

Men and women disappearing into thin air may have some logical explanation...or not. And a worm which drives people insane seems to come straight from science fiction.

I mention the above to give credit to A.C. Thompson, the editor of  An Improbable Truth: The Paranormal Adventures of Sherlock Holmes for finding an excellent balance of paranormal stories which range from those with logical conclusions to those with monsters from other worlds, and most which fall somewhere in the middle. Take for example Lucy Blue's "The Fairy Pool," a story in which a girl goes missing in the Lake District. What starts out as a straightforward case delves into the realm of magic, or does it? This author does an excellent job keeping the reader guessing.

Then there is "Sherlock Holmes and the Hungry Ghost," written by the wonderfully talented young Sherlock Holmes author Katie Magnusson. Ms. Magnusson, even when she delves into Holmes cyberpunk, always stays close to the Canon in her approach to Holmes. This tale is the most traditional story in the collection, and I believe strict canonical Holmesians will find it to be the best.

The story I personally found to be the best in the collection was "The Arendall Horror," by Thomas Olbert. This story involves a young Miss Corbett who seeks Holmes help in fending off a demonic attacker. The story grows in its complexity, and by the end I found it to be downright terrifying. This story does the best job of balancing the traditional Holmes mysteries with the horrors of paranormal monstrosities. Both Doyle and H.P. Lovecraft would be proud.

Other standout stories in the collection include the humorous "The Diamond Carter Ghost" by Matthew Wilson. In this story Holmes uses his boxing skills to take on an opponent with supernatural powers. In "The Canaries of Clee Hill Mines" by Robert Perret, Holmes and Watson investigate the disappearance of three men. Holmes believes it will be fun to identify an underground murderer, but the case does not develop in the way he predicts. Finally, we cannot have a paranormal collection today without having at least one story involving zombies, and we get tat from Trenton Mabey's "The Case of the Rising Dead."

Overall, this is a fun and exciting collection of stories perfect for the Halloween season. I do have to add one disclaimer. The editor does start her introduction by stating "I am NOT a devout Sherlockian." Beyond the fact that this book involves the paranormal, it also has many stories in which Watson calls Holmes "Sherlock" and Holmes calls Watson "John." For some purists, that will be hard to swallow. If you are open to different takes on the Holmes and Watson relationship and certainly, if you are a fan of the BBC Sherlock series, you should be able to see past the disclaimer and enjoy these stories. Just make sure you don't read them in the dark!

An Improbable Truth: The Paranormal Adventures of Sherlock Holmes is available from Mocha Memoir Press and Amazon.