Sherlock Holmes Connections in Rogue One

"connected in some way" [WIST] 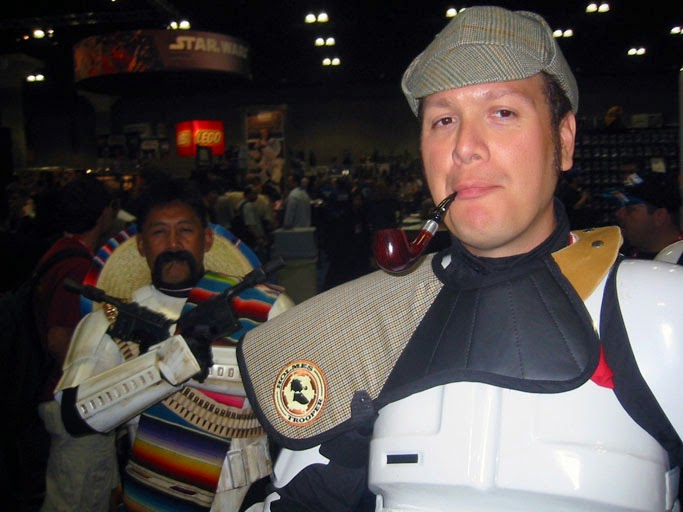 With the advent of the new Star Wars movie Rogue One: A Star Wars Story, it was inevitable that we'd find some connections to Sherlock Holmes in the film. Not of the Canonical variety, you understand, but rather of the cast. We picked out at least six actors in Rogue One who also appeared in Sherlock Holmes films or television shows.

If you haven't seen the film yet, we won't give away any spoilers — although the final connection may be a bit of a surprise (only if you've avoided the Internet in the last two weeks, that is).

One of the first actors we see in the opening scenes is Mads Mikkelsen, who plays Galen Erso. Erso is a former Imperial engineer who has defected, only to be found and put back to work creating the Death Star. Mikkelson's connection is probably the most tenuous on this list, but we'd like to point it out anyway. His brother, Lars Mikkelsen, played Charles Augustus Magnussen in "His Last Vow" on Sherlock. Mads also played Kaecilius in Doctor Strange, which starred Sherlock lead Benedict Cumberbatch.

The square-jawed Alistair Petrie makes a convincing and commanding General Draven, the leader of the Rebel Alliance. He also took command in "The Sign of Three" on Sherlock, where he played Major James Sholto, Watson's former commanding officer who managed to make things interesting at Watson's wedding.

A very familiar face to Sherlock fans, Jonathan Aris showed up in Rogue One as Senator Nower Jebel, of the Imperial Senate. Jebel was secretly the Minister of Finance to the Rebel Alliance. The beady-eyed Aris also played the frustrated Philip Anderson, whose forensics skills pale when Sherlock Holmes is around. Anderson was convinced that Sherlock was still alive and even formed some theories around his survival.

Tony Pitts plays Captain Dunstig Pterro in Rogue One, a captain in the Galactic Empire. Somewhat of a generic role, it's somewhat of a parallel to his appearance as Chief Superintendent in "The Reichenbach Fall" episode of Sherlock.

It wouldn't be a Star Wars movie without Warwick Davis, who first appeared as the lovable Wicket, the Ewok that stole scenes in Return of the Jedi. In this turn, Davis plays Weeteef Cyubee, one of the members of Saw Guerra's band of Partisans. In the Sherlockian world, Davis played Randolph Walker in "The Kingdom of Bones" episode of Murder Rooms: Mysteries of the Real Sherlock Holmes alongside Ian Richardson in the role of Dr. Joseph Bell. You'll recall that Bell was Arthur Conan Doyle's professor at medical school and that Richardson played Sherlock Holmes in The Sign of Four and The Hound of the Baskervilles in 1983.

This was the most surprising appearance of all. In Rogue One, Peter Cushing reprised his role as Governor "Grand Moff" Wilhuff Tarkin. Surprising because Cushing, who played the role in the original 1977 Star Wars, died in 1994. He of course played Sherlock Holmes in the 1959 Hammer version of The Hound of the Baskervilles, in BBC TV's series in the mid to late 1960s (having inherited the role from Douglas Wilmer), and finally in Sherlock Holmes and the Masks of Death in 1984. 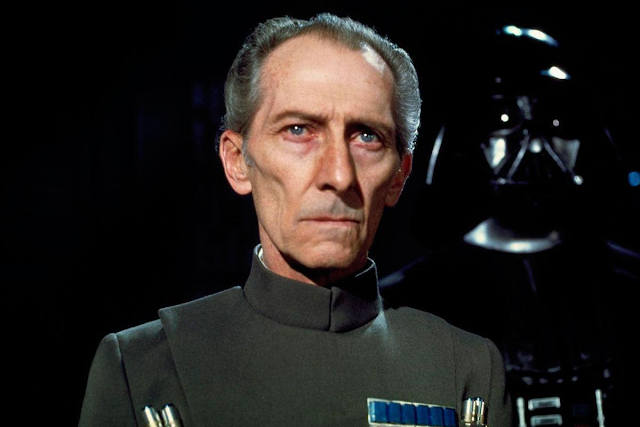 The wizards at Industrial Light and Magic managed to use CGI techniques to create a digital version of Cushing, drawing both on his previous appearance and on actor Guy Henry, who physically played the part during filming. Henry retained much of the physical features of Cushing, but the creators decided that rather than use a similar-looking actor for the final film, they'd recreate Cushing's character digitally.

The results are impressive, although the two digitally-created characters still retain a bit of that wax figurine essence about them. The industry still has a bit of work left to do.

This may be a technique we see more of in the future, and it may be extended to genres other than science fiction. Perhaps we'll see Basil Rathbone or William Gillette resurrected for a future performance. What do you think?