This Sunday evening January 1 marks the beginning of Series 4 of Sherlock on MASTERPIECE on PBS, which is again being broadcast on the BBC and PBS on the same day. The series kicks off with the episode "The Six Thatchers" at 9:00 pm ET on January 1, followed by "The Lying Detective" on January 8, and concluding with "The Final Problem" on January 15.

And as has been a tradition, we at I Hear of Sherlock Everywhere have been asked by PBS for a fifth time to live tweet the episodes. "A fifth time with only four series?" you ask? Yes, because we live tweeted Sherlock: The Abominable Bride last year as well. You can find our announcements for live tweeting Series 1, Series 2 and Series 3 here.

A Twitter chat is simply a live commentary that runs along with the television program; it is not designed to share spoilers, nor is it meant to replace the show itself. Think of it as a living, breathing, trivia section from IMDb.com, with interaction and observations. Our particular interest is finding the references, quotes, characters and untold tales from the original Sherlock Holmes stories as they appear in this modern production, and pointing them out with the hashtag #OriginalQuote.

In addition to @IHearofSherlock (follow us!), you'll certainly want to follow @MasterpiecePBS and @PBS. The hashtag for the event will be #SherlockPBS.

And don't worry! If you don't have a Twitter account, you can simply follow along on twitter.com. If you need help keeping up with the stream, check out other resources such as Tweetdeck, TweetChat and Twitterfall.

We'd appreciate it if you show your support by tweeting:

Some notes about what's going on over on the PBS website: 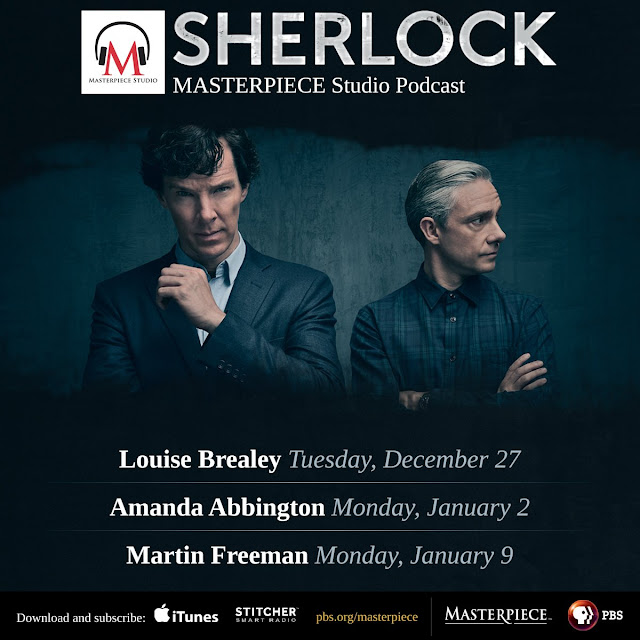 We look forward to having you join us on Sunday evening and tweeting along with the #SherlockPBS hashtag. Say hello to us on @IHearofSherlock and let us know what you think of the program.