"to take stock of the situation" [CREE] 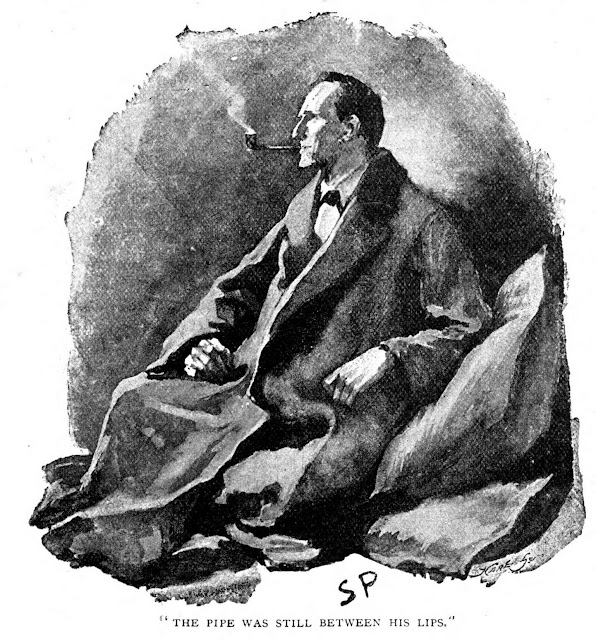 Somehow, another year has managed to slip past us seemingly in the blink of an eye. Current geopolitical rumblings, from Brexit to the U.S. presidential election may have left the world in tumult, but here in the world of Sherlock Holmes, things remain constant. In the words of Vincent Starrett, BSI ("A Study in Scarlet") in his storied poem "221B,"

Here, though the world explode, these two survive,

And it is always eighteen ninety-five.


At I Hear of Sherlock Everywhere, we had another successful year, thanks in no small part to our contributors and to you, our readers. We thought we would take a look at just what made up that success, by breaking things down into a few different categories.

It's always difficult to take the passion and emotion behind a hobby and convert it into numbers, but numbers are data points and when viewed properly, data can tell a story. After all, Sherlock Holmes himself said "Data! data! data! I can't make bricks without clay," in "The Copper Beeches." So let's have a look.

"it may contribute something to the common cause" [VALL]

If anything, we have learned that this site is more of a community than a destination. And our many contributors make that possible. In 2016, we had 15 separate authors who contributed when the mood struck them. We're grateful to them for their hard work and passion, and we have a few highlights below. Click on their names to see the entirety of their work.

This was the first full year of the new show schedule, which we revamped in October 2015. The clockwork-like release of our podcast episodes on the 15th and 30th of every month, alternating one interview and one commentary show, mean predictability for our listeners. It also means stretching for topics for those commentary shows and scrambling to record, edit and post episodes when work, travel or family commitments are looming over us.

Some of the more notable episodes this year included:

"stand with me here upon the terrace" [LAST]

In the wider world, a number of celebrity deaths made 2016 seem like a particularly cruel year. Partially because some of them were icons in their industries, like David Bowie or Alan Rickman; and partially because some of them were particularly young, like George Michael (53), Prince (57), Carrie Fisher (60). And the tragic two day span in which both Carrie Fisher and her mother Debbie Reynolds died left an indelible mark in 2016.

In the Sherlockian world, we felt the impact as well:

"Ah! my dear Watson, there we come into those realms of conjecture" [EMPT]

Before we discuss what the future holds, please make sure you check out our Archive. The right rail here on our site contains a box with the categories Popular / Comments / Archive. Click on that to display posts from any given timeframe.

Meanwhile, what will the future hold for IHOSE? It may not be all that far away, actually. As Bill Watterson wrote, "The problem with the future is that it keeps turning into the present." We'll continue to cover the news of the Sherlockian world and its intersections with popular culture, as we've been doing for a decade. We'd like to make it easier for Sherlockians everywhere to discover events near them, and we're working on a solution for that.

On our show, expect to discover some familiar names and some newcomers as well, as we continue to bring you the most interesting and relevant interviews. Given the lineup, we may be required to eliminate our every-other episode schedule of interviews and simply produce as many of them as needed in our 24-episode schedule for 2017.

And finally, we'll be launching a companion audio program that will have its own site and identity. We have a name and a theme picked out, but we're not at liberty to share it yet. All we can tell you is that this will be a weekly audio show that delves into the Sherlock Holmes stories. We'd appreciate your support when it launches. Stay tuned!


Thank you so much for being part of our little world here, whether you're a long-time subscriber or a first-time visitor. If you haven't already, please sign up for free email updates from us. And if you're so inclined, help support the future of this site by becoming a patron.