His Last Bow — The Power of Women

"he used to make merry over the cleverness of women" [SCAN] 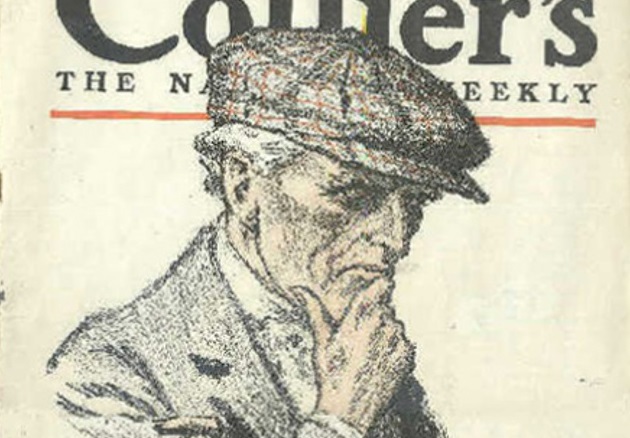 Name two things mentioned in the story "His Last Bow" that wouldn't be there without the achievements of a couple of women most people have never heard of.

Both back-stories emerge from some research I've been doing (for which, as they say, the world is not yet prepared) about interesting figures of Holmes's era. And let no one think that all the women of that period were either quiet wives, bland royalty, or greedy courtesans. Here, based on that one short story, are two remarkable examples. Both, interestingly, date from the year 1886.

"the sounds of a distant car" [LAST]

First, then, the "huge 100-horse-power Benz car" belonging to Baron Von Herling, the secretary of the German legation in London. This vehicle, in 1914, might have been one of the new six-cylinder models, or one of almost two dozen four-cylinder cars the Benz company had produced by that time. Karl Benz (1844-1929) is generally recognized as the inventor of the petroleum-powered automobile, receiving a patent in 1886 for a workable three-wheeled design.

But the prototype might never have become a marketable car if it were not for the woman. In this case the woman is Bertha Ringer (1849-1944), who had saved Benz's machine shop from bankruptcy with the help of money from her family while she was still his fiancée. They married in 1872, and she continued to be a loyal supporter of his work over the years.


When Karl Benz completed and patented his car in 1886, he had given no thought to publicity and sales. It was Bertha who realized that buyers would not come unless they had a chance to hear about the car and see that it worked. So one morning, without telling her husband, she bundled her teenage sons into the one-and-only Benz car and took off to visit her mother. She sent a telegram to Karl to let him know of her safe arrival at Pforzheim, 65 miles from home in Mannheim. On the way she had to buy fuel from a pharmacy, get a chain mended by a blacksmith, and have leather pads fastened in place to smooth the action of the brakes — in other words, she invented brake linings. And 28 years later, Baron Von Herling was a satisfied customer of Benz thanks to her pioneering effort at marketing.


"I live and keep bees upon the South Downs" [LAST]

The other item in "His Last Bow" that could hardly exist without a woman's work is Sherlock Holmes's own alleged book, the fruit of pensive nights and laborious days: Practical Handbook of Bee Culture, with Some Observations upon the Segregation of the Queen. Perhaps Holmes really did write a volume on beekeeping — perhaps. Or perhaps what he jestingly showed off to Watson was the definitive book on that topic, published in 1886 under the catchy title A Book about Bees: Their History, Habits, and Instincts; Together with the First Principles of Modern Bee-Keeping

If Holmes did keep bees, he surely had this volume near at hand. Written by the Rev. F. G. Jenyns, it was "published at the request, and under the sanction, of the British Bee-Keepers' Association", and came with an introduction written by the long-time president of that association, Angela Burdett-Coutts (1814-1906).

She was a granddaughter of Thomas Coutts, the millionaire banker, and spent her life giving much of her inherited wealth to charity, including a home for women escaping "a life of immorality", church schools, projects to relieve suffering in Africa and Borneo, and social housing. The Bee-Keepers' Association was only one of her enthusiasms; she also served as president of the British Goat Society and was a founder of the National Society for the Prevention of Cruelty to Children. She also paid for Edinburgh's landmark fountain and statue of the dog Greyfriars Bobby.


In 1871 she was made a baroness, becoming the first woman in modern times to receive a peerage in her own right, becoming Baroness Burdett-Coutts. And at age 67 she married William Bartlett, her American-born secretary, who was 29.


Two women with remarkable achievements, both of them reflected in a single tale of Sherlock Holmes. Who knew?