The Sherlock Special: More Photos, a Synopsis and News

"some connection between three things" [DEVI] 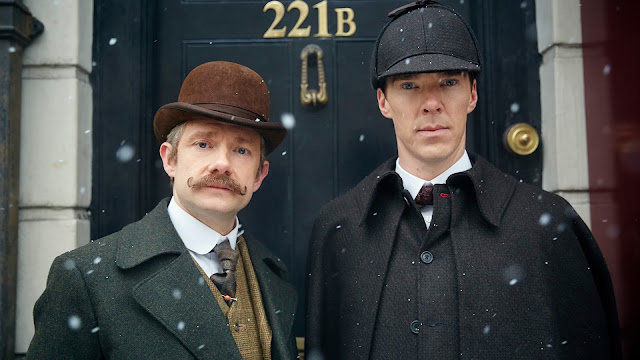 We're learning more about "The Abominable Bride," the Sherlock

special that will air on January 1.

As we've shared in the past, the air date was confirmed as New Year's Day for the UK and US markets — something we've never been privileged to see in previous series. In addition, the film will be shown in select theaters in those markets as well.

And now, we'd like to bring you up to speed on three things related to "The Abominable Bride," which, if we may be permitted the latitude of invoking Jay Finley Christ's four-letter abbreviation style, we're calling ABOM.

Directly from the BBC comes this summary of what to expect.

What if the world's most famous consulting detective and his best friend lived in a Baker Street of steam trains, hansom cabs, top hats and frock-coats? Welcome to 'Sherlock' in 1895!

Some things, though, remain reassuringly the same. Friendship, adventure and especially, MURDER...

Why is Thomas Ricoletti a little surprised to see his wife dressed in her old wedding gown? Because, just a few hours before, she took her own life...

Mrs Ricoletti's ghost now appears to be prowling the streets with an unslakeable thirst for revenge. From fog-shrouded Limehouse to the bowels of a ruined church, Holmes, Watson and their friends must use all their cunning to combat an enemy seemingly from beyond the grave and the final, shocking truth about...the Abominable Bride!

"What if" they lived in a world of steam trains, hansom cabs, top hats and frock coats? Seriously? We find this a little laughable, since they did live in that era. Just not for some fans of Sherlock, who evidently might not realize there are stories that go beyond the screen...

As you undoubtedly know, the title of the episode is inspired by one of Holmes's unrecorded cases, which he mentions to Watson in "The Musgrave Ritual," as the two are huddled over Holmes's large tin box with records of past cases:


"Here's the record of the Tarleton murders, and the case of Vamberry, the wine merchant, and the adventure of the old Russian woman, and the singular affair of the aluminium crutch, as well as a full account of Ricoletti of the club foot and his abominable wife."

As usual, Doyle gave us tantalizingly little to go on, but it's enough to make something out of, as previous pasticheurs have done. "Ricoletti of the Club Foot" was Episode 100 of The New Adventures of Sherlock Holmes, starring Basil Ratbone and Nigel Bruce. It aired on October 25, 1943, but has been lost to history.

We're pleased to announce that I Hear of Sherlock Everywhere on Twitter (@IHearofSherlock) will once again be hosting a live Twitter chat during the show's airing, at the kind invitation of the PBS Masterpiece  team (thank you, PBS!). This is our fourth outing doing so, and you can follow us on Twitter (whether or not you have an account) on Sunday, January 1 at 9:00 pm ET.

In case you'd like a historic perspective of what happened, you can see our first live Twitter chat at "More to Me Than the Twitter" [ILLU], the second at "Holmes For the Second Time" [ABBE], and Live #SherlockPBS Twitter Chat" for the third.

We now have more updates on what the costuming will look like, as our heroes and their associates find themselves in the era "when it is always 1895." Image credits: Sherlockology, PBS Masterpiece, and @3bino3. Click images below to enlarge. 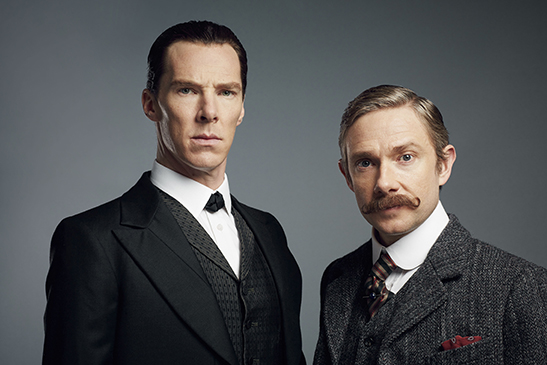 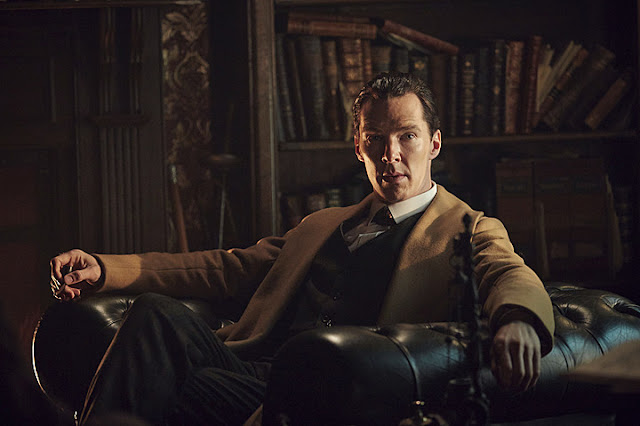 (which Moffat and Gatiss said inspired them), check this out: 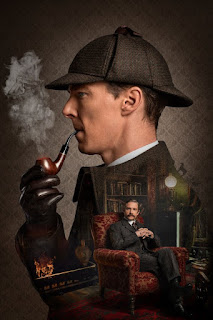 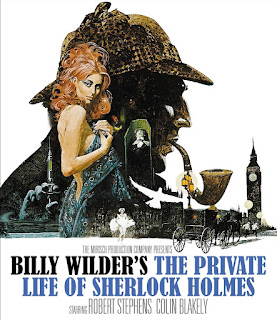