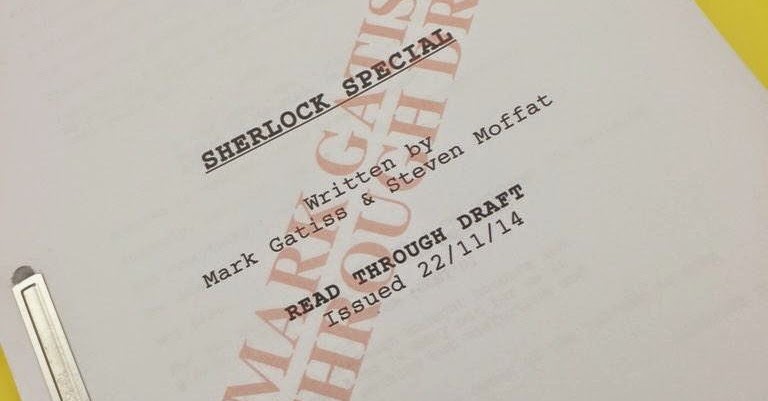 We've all been waiting anxiously for news of Series Four of the BBC's Sherlock, which has been up in the air due to the massive scheduling pressures of stars Benedict Cumberbatch and Martin Freeman, as well as that of writers and show runners Mark Gatiss and Steven Moffat. Each of their stars have risen with the international success of this show, as well as numerous movies and television series.

This is what we've been doing today! Later on a pic of Sherlock and John as they'll appear in the Special #221back pic.twitter.com/Aq4vncKpKy
— sue vertue (@suevertue) November 25, 2014


And just like that, the Internet was all atwitter today. The entertainment sites - from The Hollywood Reporter to E! Online to Perez Hilton and more - all lit up with what Twitter was onto.

At this point, like Sherlock Holmes, we cannot make bricks without clay. We need more data. All we have at our disposal is the cover of the read-through draft, issued on 22 November 2014 and the image portraying Cumberbatch in a top hat and Freeman in a bowler.

Are we to assume that the pair has been transported in time by some apparatus? While Steven Moffat has done his fair share of Dr. Who work, he has previously denied the likelihood of a crossover. Or perhaps Mrs. Hudson was knocked unconscious and slipped into a dream-like state, with this manifestation of her famous dwellers. While some have speculated a dramatization of "The Adventure of the Blue Carbuncle," it's unlikely that it will happen in time for Christmas of 2014. Next year could be an alternative - although Holmes was wearing a bowler rather than a top hat in that story.

Perhaps the pair were invited to a costume party and they chose these outfits as a clever homage to their forbears. Or maybe they got caught up in the cosplay of the edgy Sherlock Holmes fans who were featured in "The Empty Hearse."

Anything we suggest at this point is pure speculation. 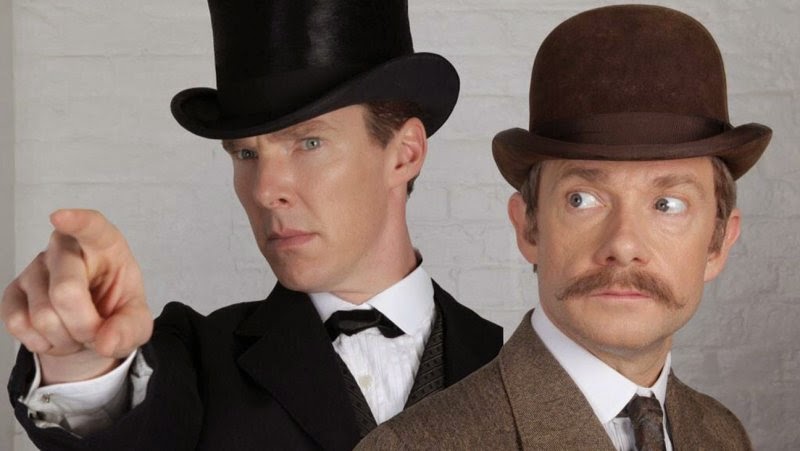 We do have to admit one thing, though. The costuming reminds us of another dynamic duo of Baker Street from some 30 years ago: 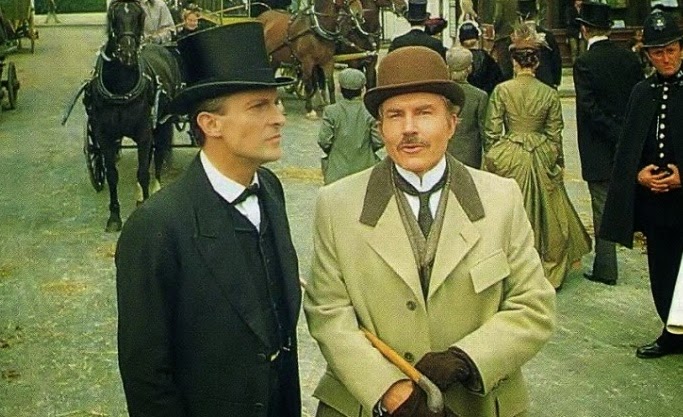