“Holmes gave me a brief review of what had passed.” 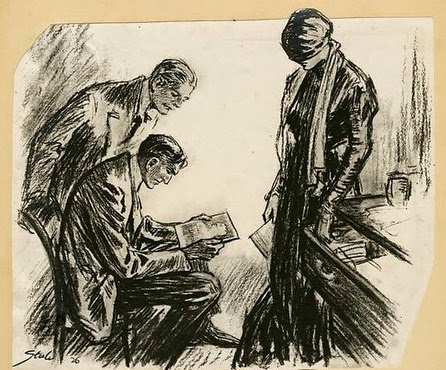 The Private Diaries of Dr. Watson is authored by Magda Jozsa and contains 13 new cases for Holmes and Watson. The stories are billed as ones Holmes deemed too personal or were too risqué to be published at the time.

The stories are nicely crafted, although slightly predictable. The author is clearly knowledgeable and attains some success in emulating the style of the Canon. Several Holmes family members are introduced and have major roles in the stories “The Illegitimate Daughter” and “Death Amidst the Orchids”. Holmes is challenged when catching a serial killer in the story “Full Moon Killer”, where he uses Dr. Watson as bait. In “The Trial of Dr. Watson” every clue Holmes uncovers tightens the hangman’s noose.

There is a lightness in the conversations between the Master and his chronicler, especially as they elude designing spinsters.

Where this book falls short is in its editing. Self-publishing is a hard task, but the number of errors and broken lines reaches a distracting level. 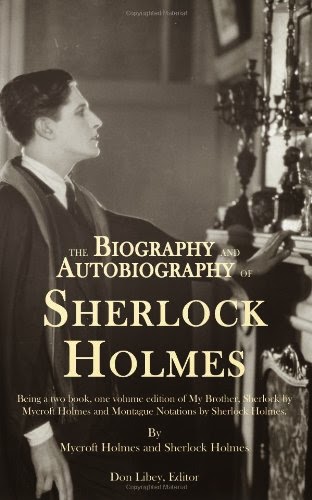 The Biography and Autobiography of Sherlock Holmes: Being a one volume, two book edition of My Brother, Sherlock and Montague Notations by Sherlock Holmes, Mycroft Holmes, Don Libey (Editor).

The first book is written by Sherlock Holmes's older brother, Mycroft. In it, he lays bare the underlying encoding that populates the Canon, complete with the interpretation of the signals being sent to the world-wide Irregular operatives around the world. He acknowledges that he, his brother and Dr. Watson were a successful triumvirate. Among the many revelations, we find that the red herrings that Dr. Watson uses to obscure facts included their location of their joint residence. They lived in Holmes’ Montague Street digs rather than the Baker Street address used in their stories.

Holmes's own Montague Notations tell the story of his life, from childhood to advanced age. He reveals that he does not prefer Americans, and that he had had close associates other than Watson.

The book enlightens us on some of the unpublished cases, and shows how far Watson obscured the details. These books were a good read.


[Editor's note: this is Ms. McMahon's first post for us.]