From Gillette to Brett IV — Sherlock Holmes in Media and "Meta" 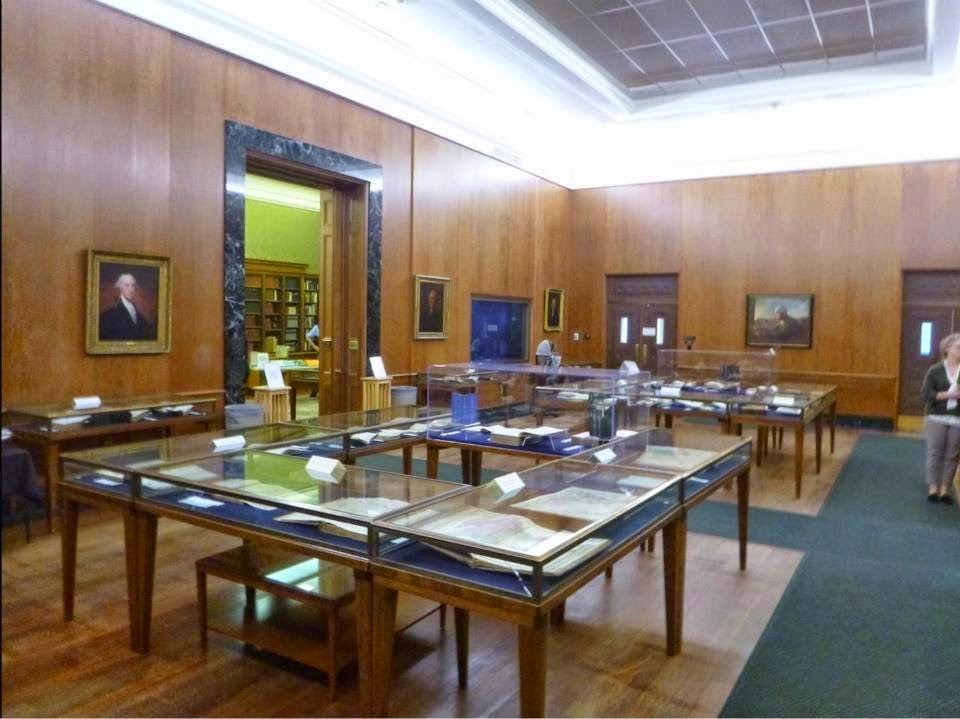 The second in our series of recaps of #G2B4

This past weekend, September 12-14, 2014, I had the honor of joining a group of almost 200 Sherlockians in Bloomington, Indiana at From Gillette to Brett IV: "Basil, Benedict, and Beyond” — a  conference to celebrate Sherlock Holmes in film, radio, television.

The event began Friday afternoon with a specially-arranged exhibit at the renowned Lilly Library on Indiana University’s campus.

Library Director Joel Silver gave a presentation on David A. Randall, BSI, the first Director of the Lilly Library, who was responsible for finding many of the Lilly’s unique treasures. At this presentation, Joel shared several of the awe-inspiring valuables the Lilly has in its collection, among them: a Shakespeare First Folio, a pristine copy of Edgar Allen Poe’s first publication, the epic poem “Tamerlane,” a signed copy of the first edition Mark Twain’s The Adventures of Huckleberry Finn, and one of the few surviving copies of Pilgrim’s Progress (all of these we could touch and even sniff in some cases). Then, of course, he showed us items that would make any Sherlockian shiver with glee—the Beeton’s Christmas Annual of 1887, and a portion of Sir Arthur Conan Doyle’s manuscript from “The Final Problem” (specifically, Holmes’ letter to Watson  at Reichenbach falls).

The Lilly staff also provided presentations on bookbinding, how to preserve one’s book collection, and standing displays of medieval manuscripts, Victorian crime and horror fiction, the original manuscript of “The Adventure of the Red Circle,” movie screenplay manuscripts (Hound of the Baskervilles, Citizen Kane), John Ford’s Academy Award for How Green Was My Valley (which you could hold and pose with) and more.

The group then gathered to watch the 75th Anniversary screening of The Hound of the Baskervilles (1939) starring Basil Rathbone and Nigel Bruce. Seeing this classic on the big screen was a thrill, especially in an audience of enthusiastic Sherlockians.

The next morning (and during breaks) attendees visited the dealers room to search for treasurers, while short Sherlock Holmes films showed in the main presentation room. The dealer’s room was especially interesting in that it held a special exhibit of Sherlockian movie and literary memorabilia provided by Wessex Press co-owner and Gillette to Brett organizer, Steven Doyle

The first speaker of the day was Bonnie MacBird, former Development Executive from Universal and the original screenwriter of the film Tron (among other high-profile projects). Bonnie explained how the screenwriting of the BBC Sherlock series is what makes it unique, special, and uniquely canonical. She said specifically that the series maintained the essential character of Holmes from the canon, that it made the relationship important between Holmes and Watson, that “creed” or a “code of honor” was important to the series (as it was in the canon) and that it thrilled us with “the ride,” or entertained us as the original canon does. The series, she said, was also written for the actors and for the collaborators (i.e. special effects), making its transition to film a seamless one. Her only disagreement with the writing on the series was the end of the last episode of season three, in which (SPOILER) Holmes kills Magnusson, as it seemed to go away from the “code of honor” introduced in earlier episodes.

The second speaker of the day, Kristina Manente, host of the podcast The Baker Street Babes, discussed “How Fandom Plays the Game.” In her presentation, Kristina explained to “classic Sherlockains” how the new wave of Holmes fans, who primarily follow the BBC Sherlock series, convey their enthusiasm for the characters. The “grand game” as played in this universe of fandom is expressed primarily through social media: tumblr, Livejournal, and Ao3. She explained new terms such as “headcanon,” “meta,” and “fancasting.” It became clear that the new wave of Sherlockian fandom runs in tandem, and in some ways tangentially, to the traditional activities of classic Holmes enthusiasts.

Prominent Sherlockian writer, editor, and playwright David Stuart Davies then made us laugh with his talk on the comic moments of Sherlock Holmes in the canon, on stage, film, and TV. He discussed the silliness of the “untold tales,” how Gillette included humor in his original play, Holmes’ creative put downs of Watson, his insults of Lestrade, and how BBC’s Sherlock in “The Empty Hearse” was using what was already implied in the canon itself. His unique selection of clips kept us rolling with mirth.


Fellow Brit Bert Coules, radio dramatist for the BBC Radio Sherlock Holmes series (among other wonderful BBC adaptations), followed Davies with a talk on the history of Sherlock Holmes on radio in Britain. As  the writer of the only production to bring to life the entire canon, Bert first acknowledged the American contribution to Holmes on radio, then expounded on the many British adaptions of Holmes to radio throughout the 20th century. The highlight his presentation was video of a recording session with Clive Merrison and Michael Williams, demonstrating how physical the actors were in their performances, as well as how the sound effects team did their jobs.

After a group viewing of Granada Television premiere episode A Scandal in Bohemia directed by Paul Annett, Steven Doyle interviewed Paul about the monumental series. After revealing tidbits about how the opening sequence was thrust upon him (quite happily, Paul added), the creation of the music, and how Jeremy Brett received guidance on his interpretation of Holmes, Paul shared an unseen video of the makeup screen test for Jeremy Brett and David Burke.

At the banquet that followed Paul’s talk, Steve Doyle and Mark Gagen paid tribute to the late Michael Hoey, the son of Dennis Hoey (Lestrade of the Rathbone films), who was slotted to speak at the event. Michael’s book about his father’s screenplay. The Drury Lane Theatre Mystery, was released posthumously at the conference. 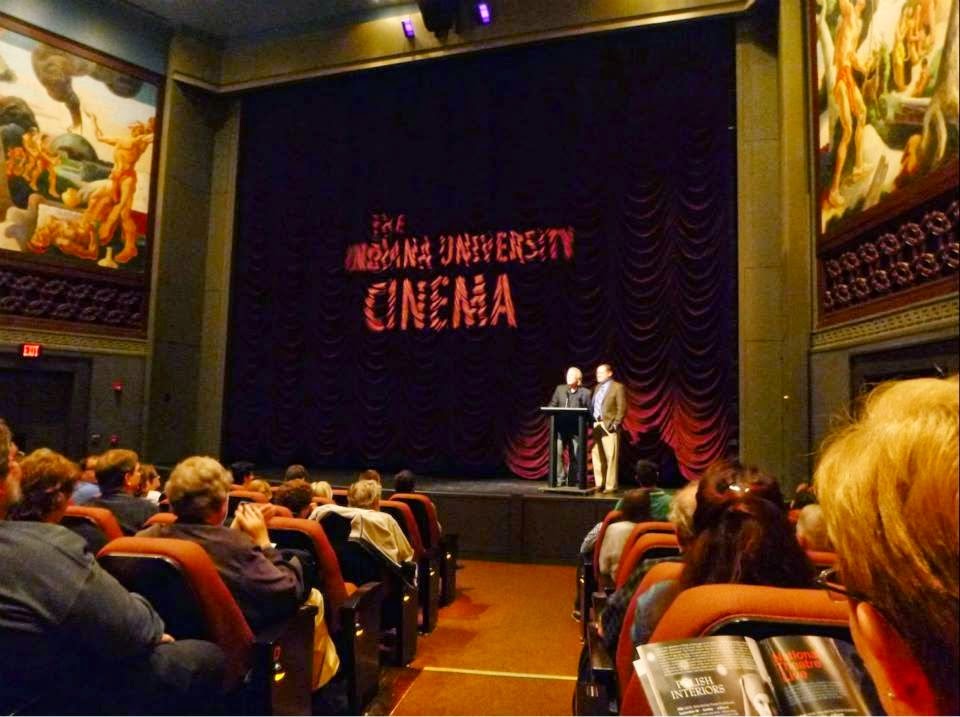 Gillette to Brett IV then wound up with the 75th Anniversary showing of The Adventures of Sherlock Holmes (1939) which was enjoyed by all. Seeing this fabulous film on the big screen with a crowd of fans was the ultimate ending of a truly enjoyable weekend of Sherlockian media mania. Mucho kudos to the boys from Wessex Press, Steve Doyle and Mark Gagen, who made it all possible!