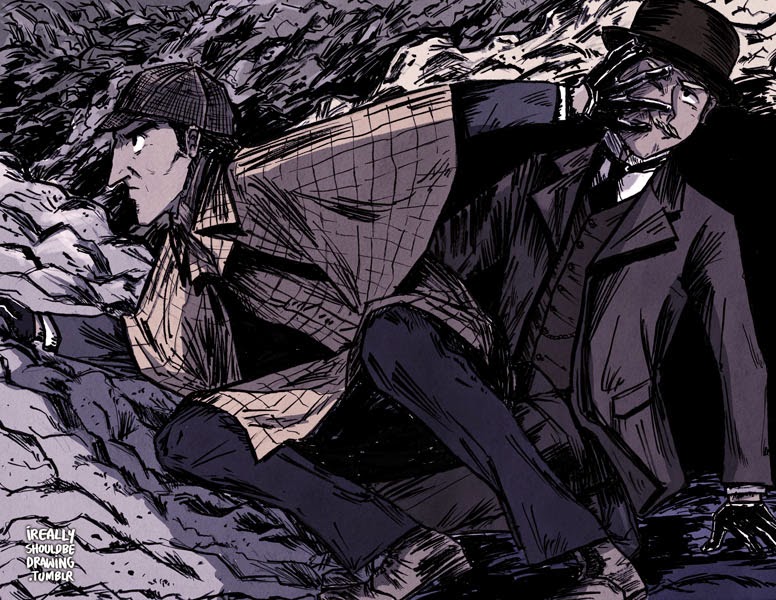 "One was jealous of course," he writes in his 1956 autobiography, In and Out of Character.


"Jealous of his mastery in all things, both material and mystical…he was a sort of god in his own way, seated on some Anglo-Saxon Olympus of his own design and making! Yes, there was no question about it, Holmes had given me an acute inferiority complex!"


Indeed, between 14 films and 200 radio broadcasts, Rathbone came to recognize his own limitations in 19th century fiction. But it was a burden that nonetheless became his legacy. He created an icon: Inverness cape, slung around lean shoulders; a hawkish nose; a visored cap; a curved pipe.

The silhouette that has inspired new generations of backyard and on-screen antiheroes.

"It's acknowledged that there has been no other actor before and probably since, with the possible exception of (Jeremy) Brett, who achieved such a physical realization of Conan Doyle's protagonist," explained Neve Rendell, editor of The Baz: A Basil Rathbone Blog, in an interview with IHOSE. "It's been said he is in some ways the (Sidney) Paget drawings come to life."

Classically-trained -- a contemporary of Laurence Olivier -- Rathbone easily slipped into the Canon's conception of Holmes as artful, Victorian sleuth. Twentieth Century Fox's The Hound of the Baskervilles and The Adventures of Sherlock Holmes (1939) then integrated motifs relic of the Golden Age of Hollywood. A misty, lantern-lit moor (a wink at the era's popular Gothic horror flicks). A fusty, bumbling companion. A villain -- and a vaudevillian tonic.

When Universal Studios rebooted the series in 1942, in the heart of World War II, Rathbone grew into a fedora-wearing action man.

"Given the massive popularity of Rathbone's Holmes at the time, it was inevitable to induct him into the fight against Nazism, both on- and off-screen -- to promote the sale of war bonds and in support of the British War Relief," said Rendell, who started her website in 2012. "His quintessential 'British-ness' must have helped a great deal at a time when FDR was trying to win American popular opinion in going to war and supporting Europe."

Despite his and Holmes' trans-Atlantic influence -- what journalist Vincent Starrett immortalized in his poem "221B" -- Rathbone began to resent the light treatment of Conan Doyle's weighty work. He cringed when fans cried "Quick, Watson, the needle" or "Elementary, my dear Watson!" He dreaded typecasting.

And, he said, he feared "oblivion" for portraying someone who, "for a brief, beautiful period, was more real than reality itself."

Yet in the hearts and minds of all who followed him, from Brett to Cumberbatch, Rathbone personifies Holmes. Call it typecasting but, really, it is much more. It is iconic. With the swish of his Inverness and the puff of his pipe, Rathbone brought the world's first consulting detective to life. He made us laugh. He made us forget. To that, it's "Good-day, sir; good-day."