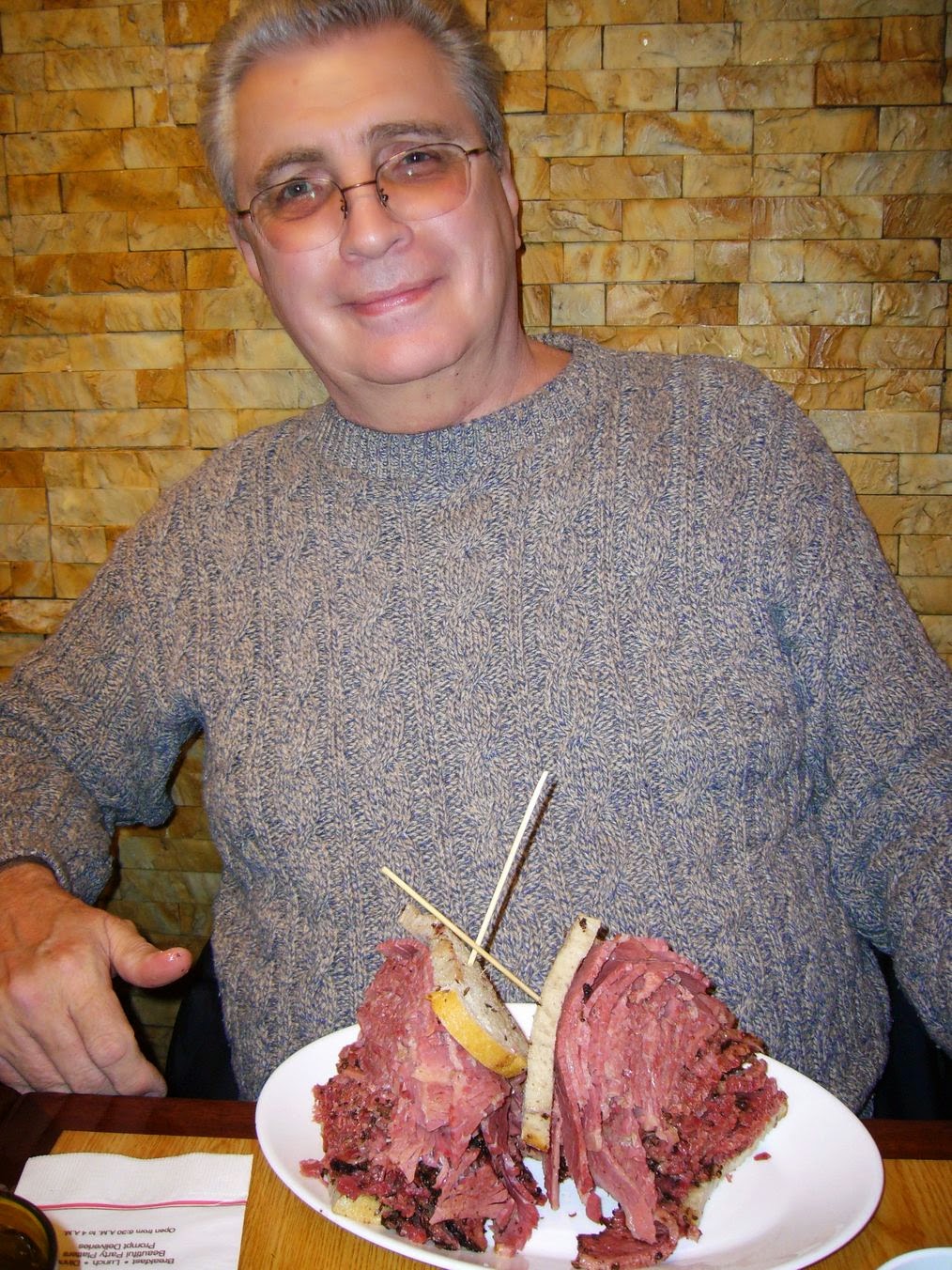 I would guess that most Sherlockians became fascinated with Holmes after becoming familiar with him on their own, not particularly because they were a Rathbone or Brett fan first, not because they knew that well-known authors like Isaac Asimov or Rex Stout were fans. When we discovered that there were thousands of Sherlock aficionados in scion societies, ASH, BSI, and other groups, we joined in because we were thrilled to be in the company of others who loved Holmes and Watson as much as we did.

When we started attending meetings and events, we met others like ourselves for whom the game was always afoot. We made friends with these Sherlockians based upon our mutual admiration for the world’s first consulting detective and his chronicler, not because we hoped to network for a better job or to get recommendations for a great vacation. Conversations invariably were about Holmes and Watson (and even that literary agent by the name of Doyle). Have you ever noticed that when you meet a new Sherlockian, your first question is usually “What is your home scion?” and almost never “So what do you do for a living?”

Friendships among Sherlockians are special because these friendships are not primarily about us – they are about our admiration for two men who never lived, and so will never die. But we form close friendships with other Sherlockians over the years, learning about each other via our mutual connection with Holmes and Watson. And unlike our heroes, our Sherlockian friends do live and do eventually die.

Charles A. Adams, BSI ("The Winter Assizes at Norwich"), or Charlie to his many friends, an avid and longtime follower of all things Sherlockian, died May 18, 2014, in Colchester, Connecticut at the age of 69. He founded his own scion near Norwich and then joined the Men on the Tor in the late 1970s; he was also a member of the Speckled Band of Boston and a visitor to many other scions in New England. He received his Irregular Shilling in the BSI in 1990 with the investiture of "The Winter Assizes of Norwich" – the name of his original scion society. Charlie will be especially remembered for many Sherlockian-content parodies of popular and Broadway tunes that he and his Winter Assizes colleagues created over the years, as well as for a rather "naughty" Toast he gave to Watson’s Second Wife at the BSI dinner in 1981.

Charlie was a solid, well rounded Sherlockian – not a fanatical collector, not an organizational ‘mover and shaker,’ not a prolific writer of scholarly journal articles (though he was always ready with a thoughtful Canonical toast). Over the years Charlie became a good friend to many.

Personally I will miss our drives from Connecticut to New York to attend the Gillette luncheon and the annual dinner. It was during these drives that I came to know Charlie well. He was a fan of radio host Jean Shepherd and his nightly show on WOR back in the '60s. A motorcycle enthusiast for many years he also followed Shep’s column in Car and Driver and Jean Shepherd’s America TV show on PBS.

Charlie was a voracious reader and loved the Flashman novels, Horatio Hornblower stories, the Aloysius Pendergast series, and read various science fiction authors among many, many others; he was a voracious reader. For over 20 years we shared a room in NYC as we each played Holmes to the other’s Watson, and enjoyed our own ritual luncheon of a pastrami sandwich at the Carnegie Deli the day after the dinner. One year we even skipped the Saturday afternoon cocktail party to see Monty Python and the Holy Grail.

Jan Prager of Rhode Island’s The Cornish Horrors was a friend of Charlie’s. He wrote:

My favorite memory of Charlie is the time he and I took a Friday afternoon before BSI to drive out to Queens to see Chris Steinbrunner, who was terminally ill. Chris had told us not to come because he didn't want us to see him diminished in his wheelchair, but Charlie insisted that we go anyway. We talked to Chris through the door, and we all enjoyed the visit, short as it had to be. All the way back to Manhattan Charlie and I talked about the many good times we had with Chris at Cornish Horrors and Men on the Tor meetings -- and weekends at my house or on Block Island when Chris would drive up with a trunk full of movies and a projector, and we'd watch for hours on end. The likes of Charlie may not be seen again, but his loyalty and quiet companionship live on among the BSI.

I am a big Shep [Jean Shepherd] fan but it was many, many years before Charlie and I discovered we had this mutual interest. That’s because he had so many interests that we had just never got around to Shep. I loved the way he used a Socratic approach to open up a fresh topic and he would sucker me in every time. I don’t have to tell you [Bob Stek] about the Jazz clubs because you joined us several times. But my favorite part may have been the walk back up Sixth Avenue as we could just talk, and talking with Charlie was always the high point. He wasn’t just an interesting talker he was a very good listener. When Chris Steinbrenner was ill, depressed and refusing to see anyone it was Charlie who went to him and visited regularly and provided Chris the only companionship he had at the end. Charlie was a very compassionate person.

I am afraid the oral history project may have missed getting his story. He quietly knew everyone. His stories about Asimov are lost. I remember him telling of one of the times they shared a cab and Charlie asked him to autograph a book he had bought from a remainder sale...Isaac went nuts.

What I remember most about Charlie was the depth of his joy in Sherlock Holmes and his eagerness to share with fellow Sherlockians. I remember a paper he gave at the Speckled Band, all about "how to do it" -- how to approach giving a Sherlockian paper, how to play the game. It's thanks to Charlie that I began to write "singing toasts" for some Sherlockian luminaries -- one year Charlie showed up at (I think) a meeting of The Cornish Horrors with a boom box and a cassette tape of "Daisy, Daisy." He had written new lyrics to that old song, and he wanted me and other people to join him in presenting it. I remember his vest-pocket pipe, in the old days when smoking was still allowed. But mostly I remember his undiminished enthusiasm, his warmth, his sense of fun and his desire to share the simple joy of Sherlockian pursuits. He reveled in Sherlock Holmes, and that he will be much missed goes without saying.

I'm not sure whether Charlie never knew for sure he could come to the city for the birthday weekend until the last minute, or whether he was an expert procrastinator like me, but I rarely received his reservation for the Gillette Luncheon until the very last moment. The restaurant is very cooperative and I could always find space, but the one thing I would not alter were the table assignments, hammered out a week or so before the luncheon.  Thus Charlie and other latecomers were seated together at the most distant table, usually Table 17. I hoped it would teach a lesson and present a good reason for an earlier reservation, but instead it encouraged the opposite. Since these were often the same people, they developed a camaraderie and enjoyed, I suspect, their outlaw status. For many years, even when he sent his reservation before the deadline, Charlie would request a seat at Table 17.

One day at an Autumn in Baker Street I had given a presentation on Mr. Holmes and his bees, and Charlie approached me later to talk about his own fascination with honeybees. Pleased to find him so responsive and knowledgeable, when I returned home I sent him a copy of my book, A Compound of Excelsior. The letter of thanks he sent me was a beautiful thing. He described his surprise and pleasure to receive the book, his decision to read it outdoors on a hillside where he always saw many bees, and his joy to find so many links between Holmes and the apiary science. As an anti-collector I keep very little correspondence, but I kept that lovely letter.


Tyke Niver of The Men on the Tor wrote:


There is one item that I see every day that reminds me of Charlie.  When we designed our present house we decided that it should have a Holmes theme...in fact the plaque on the front door says "Baskerville Hall." One day Charlie, with some members of the Winter Assizes at Norwich, visited and said that he liked the scarlet red flocked wall paper that we have in the library.  He asked if they could have some of it. Sure, have some. What a surprise when, later on, Charlie gave us a present.  They had mounted some of the wallpaper and, using .22 cartridges, they had pock marked the wallpaper with the initials V.R....just like Holmes. It now proudly hangs in the library.


While I knew Charlie from various New England scion societies in Massachusetts, Connecticut and Rhode Island and I always enjoyed his musical numbers. It's an area of Sherlockian interest that we shared. But more than Charlie's Sherlockian credentials, it's Charlie's friendly and encouraging nature that I'll always remember. Every time I had occasion to see Charlie - and opportunities in the last few years would generally amount to an annual reunion - the informal and quiet conversations were always the most meaningful. Charlie was always interested in other people and full of compliments and suggestions. I might not have known Charlie as well as some of the other correspondents above, but Charlie made me feel like I was valued just as equally as them. And that was a special gift.


When you did come to know Charlie, you learned of his other interests and his personal history. Born in Norwich, CT, he graduated from Norwich Free Academy in 1962. Earning a bachelor's degree from the College of the Holy Cross in 1967, he returned to NFA to teach English literature. He also earned a master's degree in 1975 from the University of Hartford. He retired in 2003 after a teaching career of 36 years. He was a dedicated teacher who interacted extensively with his students in and out of class, who taught them to think and not just regurgitate facts. A skilled marksman and competitive rifle shooter, as a NFA faculty member, he coached the NFA rifle team to several State High School Championships.

He and his wife of 36 years, Carol, were hosts over the years to many Sherlockians who visited Gillette Castle to research William Gillette. He told a wonderful story of how he and Carol 'accidentally' came to buy their house high on a hill in East Haddam directly across the road from the Castle. Besides Carol, he is survived by his son, Chris, and daughter-in-law Dianne, of Norwich, as well as his older brother, Albert, of Virginia.

Charlie was a fine Sherlockian and a great human being. He is already missed by everyone who knew him. 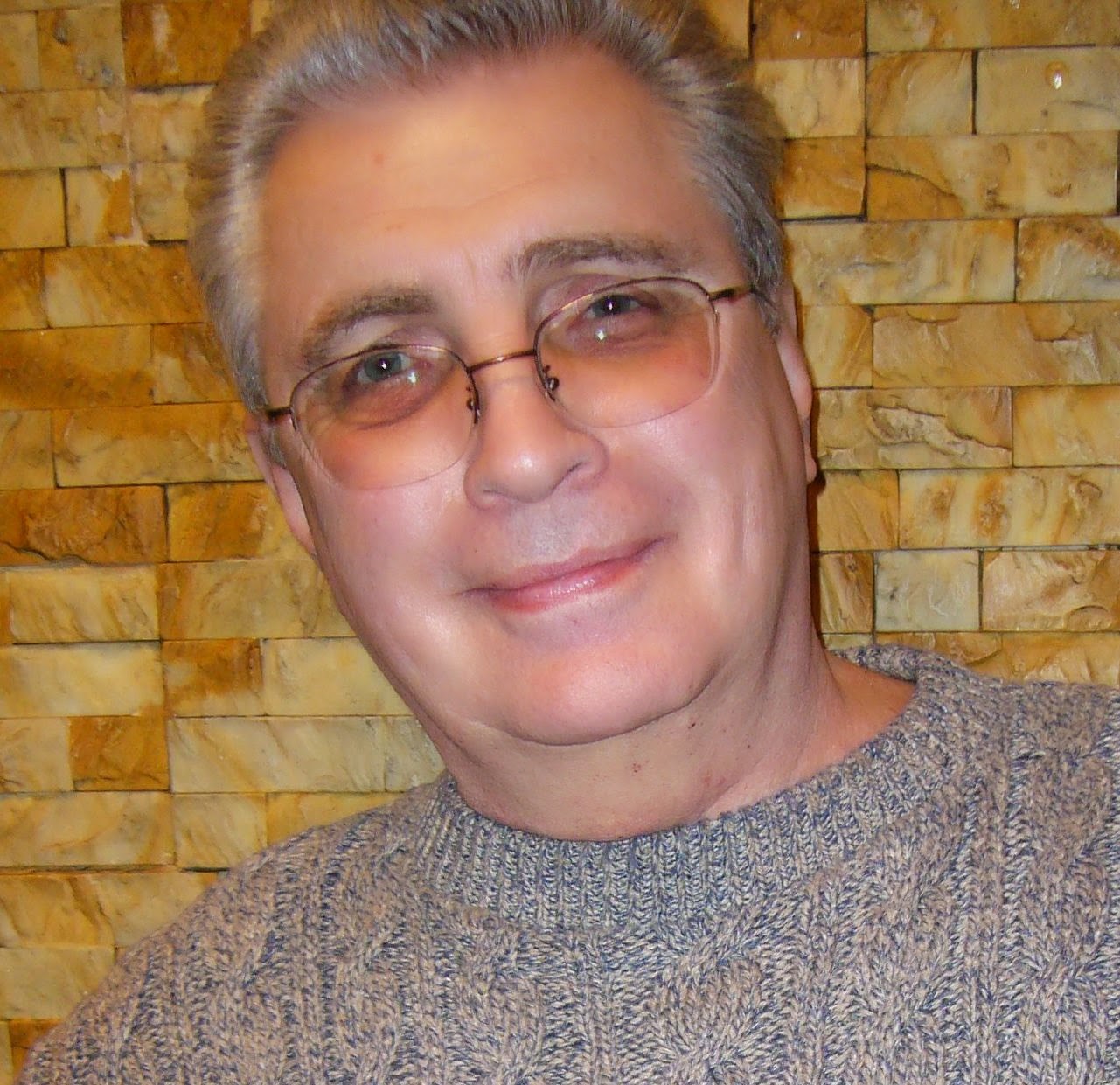 [Editor's note: if you have a memory of Charlie that you'd care to share, please leave a comment below]
--