"He says that he could hardly recognize himself afterwards" [LION] 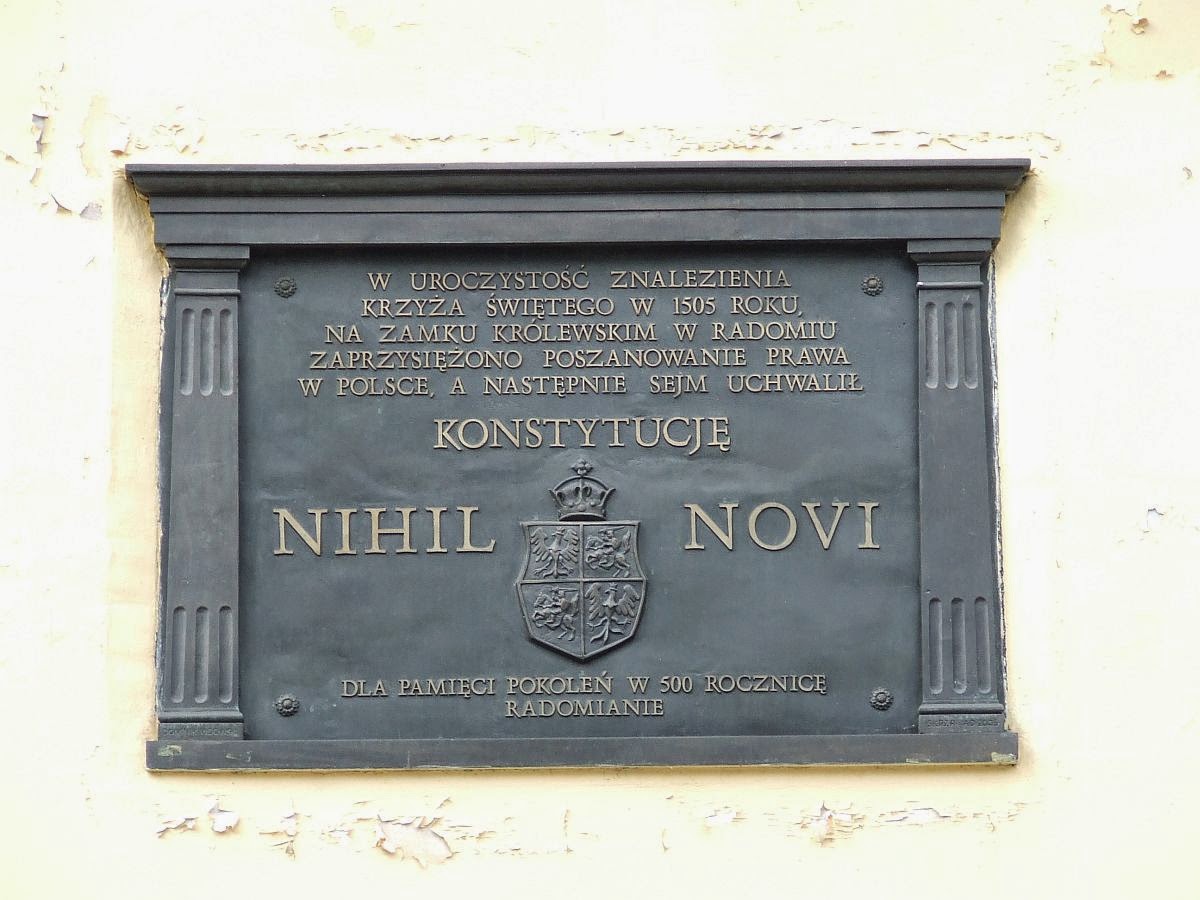 I first discovered Sherlock Holmes when I was assigned to read The Hound of the Baskervilles in elementary school. I had never watched the Rathbone/Bruce movies on TV. My love and fascination with the characters of Sherlock Holmes and Dr. Watson was purely literary.

Not long after I had finished reading the Canon for the first time was the start of the Great Boom of the ‘70s, led by Nicholas Meyer’s 1974 runaway best seller The Seven Per-Cent Solution. Pastiches and Higher Criticism were being published or re-published. Many well-known Sherlockians followed the Meyers template and mixed Holmes with real persons (H. Paul Jeffers’ The Adventure of the Stalwart Companions [1978]) or events (Michael Hardwick’s Prisoner of the Devil [1979]); or pure Doylesque adventures (Richard L. Boyer’s The Giant Rat of Sumatra [1976]).

Of course, along with the good or interesting, well-written pastiches (Michael Dibdin’s The Last Sherlock Holmes Story [1978]) was a fair share of dreck (Randall Collins’ The Case of the Philosophers’ Ring [1978] — in just one example of dreckosity, Watson shoots an unarmed fleeing suspect in the back. Fortunately for him, the man was actually a mental projection from the evil Aleister Crowley. And, yes, I know that one person’s “interesting, well-written pastiche” is another person’s dreck.)

More importantly, from my point of view, was the availability of classic and newly written Higher Criticism. My 1975 Pinnacle paperback edition of The Private Life of Sherlock Holmes proclaimed on the cover “FIRST PUBLICATION IN PAPERBACK! revised, enlarged, illustrated edition”. Michael Harrison’s In the Footsteps of Sherlock Holmes saw its first paperback printing in the US in 1976, the same year his edited anthology Beyond Baker Street saw print in hardcover. Through the end of the ‘70s and into the ‘80s scion newsletters and magazines were founded. The wonderful Baker Street Miscellanea (1975-1994) enlivened Sherlockian discourse with 76 issues chock-full of deep and fun scholarship. Gaslight Books and Magico Magazine published new and old Sherlockian works.

The point is, the Great Boom of the ‘70s was a literary boom, with pastiche and scholarship leading directly back to the Canon. There were few television shows and movies in that time period cashing in on Holmes’ popularity. Gene Wilder had The Adventures of Sherlock Holmes’ Smarter Brother in 1975 and the film version of The Seven Per-Cent Solution was out a year later. American TV had The Return of the World’s Greatest Detective and Sherlock Holmes in New York in 1976, British TV had Christopher Plummer’s Silver Blaze and John Cleese’s The Strange Case of the End of Civilization As We Know It in 1977; the next year saw Peter Cook and Dudley Moore’s comedy The Hound of the Baskervilles; 1979 had Murder by Decree and the little-seen Geoffrey Whitehead syndicated TV show Sherlock Holmes and Dr Watson and the even less-seen in the West Vasili Livanov Russian Sherlock Holmes and Doctor Watson. It wasn’t until 1982 and 1983 that saw Tom Baker and Ian Richardson assay the Holmes role on the small screen and in ’85, Young Sherlock Holmes in the theaters. Of that list only Sherlock Holmes' Smarter Brother, The Seven Per-Cent Solution and Murder by Decree had any real impact with the general public and the boom was over by 1985. The big bucks (such as they were) and interest was in print, not on the screen.

"There is nothing new under the sun" [STUD]

We are now in a New Sherlock Holmes Boom and the driving forces are different, in part due to new technology. While Holmes and Watson never go away completely, new interest in the character surged in 2009 with Guy Ritchie’s Sherlock Holmes. Not a movie for purists, but then very few are; even the Granada series can cause a few gripes. Starring the un-Sherlock Holmes-like Robert Downey Jr. as the great detective and the very Holmes-looking Jude Law as John Watson, the action blockbuster earned half a billion dollars worldwide doing what cinema usually does, re-inventing literary characters for the current zeitgeist. 2010 saw BBC’s Sherlock, 2012 CBS’s Elementary and 2013 the new Russian Sherlock Holmes with Igor Petrenko and Andrei Panin. The world in general seems to be talking about Sherlock Holmes once again.

But "seems" is the operative word. While the Downey franchise may have jumpstarted the current interest in Holmes, and directly inspired the Petrenko/Panin series, it has stalled. Work on a third motion picture script has started but interest at Warner Bros. has cooled due to the fact that Sherlock Holmes: A Game of Shadows, earning in toto slightly more than the first picture, opened making less and ended up making about $23 million less in the US, although increasing its take overseas. In the strange math of Hollywood, a billion dollar franchise is not necessarily a winning proposition.

Elementary is a hit on US TV and in its overseas markets, albeit an average-sized hit, due to Jonny Lee Miller and Lucy Liu and their undeniable chemistry. And yes, Virginia, there would be an Elementary without Sherlock. CBS has been trying to create a modern-day, America-based Sherlock Holmes since the ‘90s. Elementary has been renewed for a third season and CBS Studios has made a lucrative syndication deal with WGN.

It is BBC’s Sherlock that is the driving force behind the New Sherlock Holmes Boom. So much so, in fact, that calling it a "Sherlock Holmes" boom is a misnomer. It truly is a Cumberbatch/Sherlock Boom fueled by an inventive internet fan base that has dominated the discussion so much that “the great unobservant public, who could hardly tell a weaver by his tooth or a compositor by his left thumb” does not know that there is a difference between the Steven Moffat and Mark Gatiss creation and the Arthur Conan Doyle original. Like Madonna or Beyoncé, the great detective is now a one name celeb recognizable for his dark wavy hair and prominent cheekbones. TV dialog, not Canon quotes are the lingua franca of disparate fans.

There are websites, official and unofficial, dedicated to the show and its actors. Fanfic and fan art featuring Benedict Cumberbatch and Martin Freeman in their roles dominate the internet in a way other current and past actors do not. Not to give Freeman short shrift, but the accelerant for this conflagration is Cumberbatch - just as Brett, Rathbone and Gillette before him.

Imagine if you will a Sherlock identical in every way to the one we know except that Jonny Lee Miller plays Sherlock. (Don’t snicker. Let me just remind you of the Olivier and the London Evening Standard Award for Best Actor that Miller and Cumberbatch jointly won for Danny Boyle’s Frankenstein in which they switched roles) Yes, it would be a hit, and a worldwide hit, but not the phenomenon it is with Cumberbatch. No “Curly Fu” and “Peanut” inflaming China, for example. Cumberbatch and Sherlock is the perfect marriage of actor and role. There is something otherworldly, child-like, an asexual sexuality—an undefinable quality, the very definition of je ne sais quoi—that Cumberbatch brings to the Moffat/Gatiss version of Holmes that has ignited the imagination of fans across the globe. Even those things, places and characters that have no parallel in the Canon, Speedy's Sandwich Bar & Cafe, Molly Hooper, the wallpaper of the Baker Street set, have become icons instantly calling to the mind of Sherlock fans their 221B Baker Street and London.

If Sherlock didn’t exist, the Downey films and Elementary would not be leading a new boom, but, at best, an upswelling. Pastiches are perennial, so no doubt Anthony Horowitz’s House of Silk (2011) and Lyndsay Faye’s Dust and Shadow (2009) would have seen print and excellent sales. Sales of the Canon would still have increased, though not as much as they currently have. Would we have seen Maria Konnikova’s Mastermind: How to Think Like Sherlock Holmes (2013) or James O'Brien’s Edgar winning The Scientific Sherlock Holmes (2013) or, in fact, publishers slapping the detective’s name to any book that can be vaguely related to Holmes? Perhaps, perhaps not.

What is distressing to some Sherlockians (old school or not) is Cumberbatch becoming the public face of Sherlock Holmes in a way that Jeremy Brett, Basil Rathbone and William Gillette never could have been. In the 1900s, the 1940s and 1980s, the stage, cinema, radio and television were adjuncts to the written word. If one wanted to learn more about Sherlock Holmes, one turned to the Canon. Now, in our post-literate world, reading an actual book is one choice among many to gain information on a subject. Where once Gillette's face graced the cover of Collier's, Cumberbatch's face is placed on the front of panties.

The dismay of Sherlockians is that fans of a favorite thespian’s role need only turn to Wikipedia to learn of the character’s distant origins or read blog posts for the Canonical Easter eggs their favorite show hides or create their own fan art and fanfic with the actor’s image and personality merging with headcanon and sharing it in an electronic forum with like-minded souls.

"Holmes was accessible upon the side of flattery" [REDC]

For as much as we play the Game that Doyle was the literary agent to John H. Watson, there is no higher accolade than to say an author created a character that lives. We read the words Doyle wrote with care for the clues they tell us about those living, breathing fictional characters and, like all good literature, tell us about us. There is nothing wrong with re-inventing Holmes for the times. Each generation has its own Hamlet, its own Macbeth, its own Romeo and Juliet, but Shakespeare is ever-present. There are no venerated Shakespeare pastiches, no continuing adventures of Othello. His characters have not become myth and that is the fear that some see in the face of Benedict Cumberbatch cum Sherlock; a Sherlock with multiple births, an archetype to be molded into any shape by any sculptor -- a Holmes without a Doyle.

It is the now the Cumberbatch/Sherlock Boom and the great detective who was published between 1887 and 1927 is along for the ride. He survived the Reichenbach, Gillette's on-stage betrothal and Rathbone's bizarre windswept hairdo. He is made of sterner stuff. Because Sherlock Holmes and John Watson live, and live only, in four novels and 56 short stories written by Sir Arthur Conan Doyle.

"Aye, there's the genius and the wonder of the thing!" And don’t forget it.